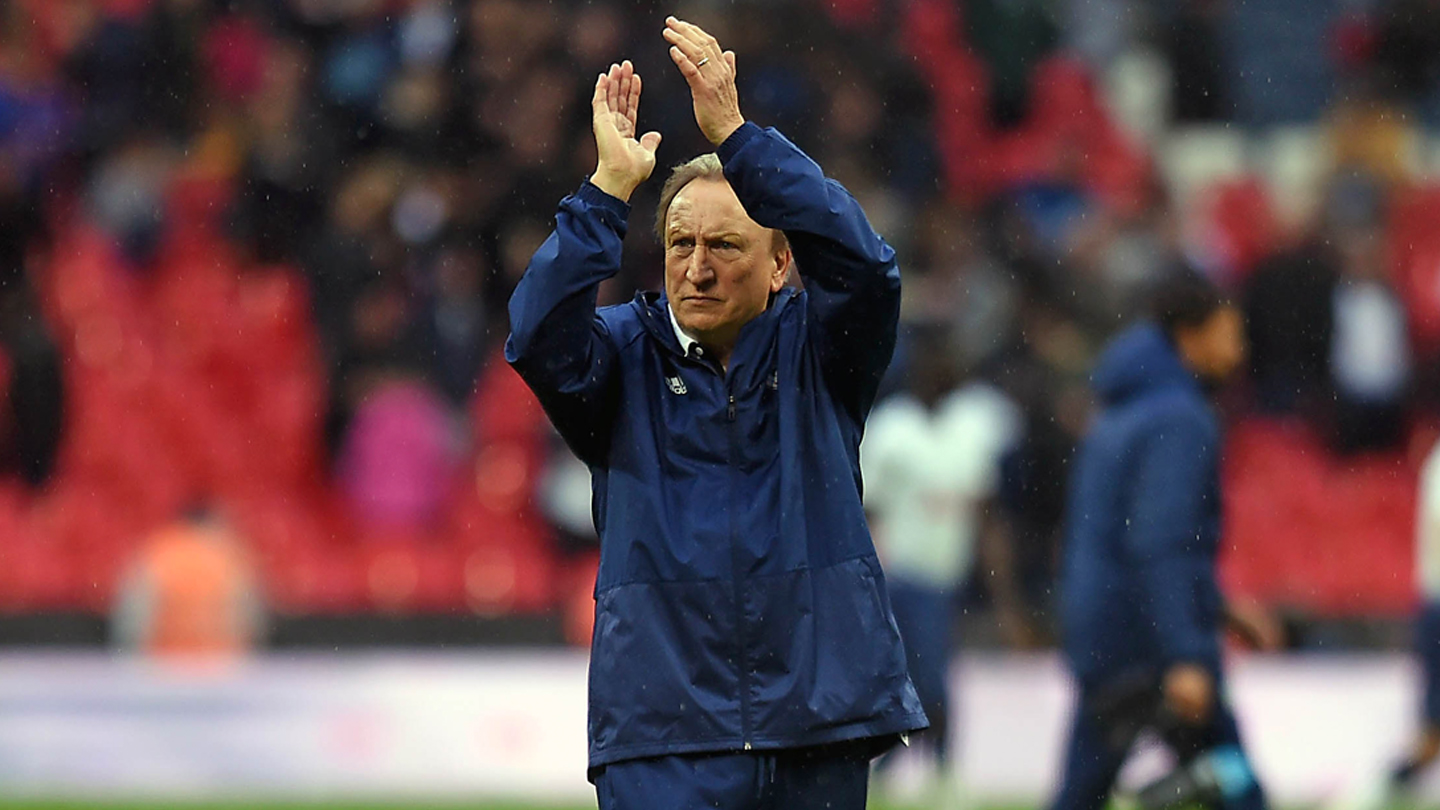 Warnock: I couldn't fault the lads

Despite Eric Dier's early opener for the hosts, the battling Bluebirds grew into the game and had opportunities to strike back.

Joe Ralls' 58th-minute dismissal could have spelt the end of the game as a contest, but City remained resilient throughout and came close to finding an equaliser at England's national stadium.

“I was really proud to be their manager today,” said Neil after the final whistle. “They stood up to it, grew into the game and played some good football, after a quiet first 15 minutes.

"When the first goal went in, a lot of people may have thought that the floodgates would open. That didn’t happen and we had one or two decent chances.

"I was disappointed with Josh Murphy’s effort not going in and it would have been great if Sean Morrison’s header had been converted, even with ten men, because the fans were waiting for it and you could sense that. I said at half-time that if we could get a goal, the reaction inside the stadium would be interesting."

The Gaffer went on to reflect upon the red card decision on the hour mark, before praising the City players and supporters alike for the roles that they played at Wembley.

"I thought it was a very soft one to say the least," said Neil. "He said violent conduct. I don't see it being violent conduct; I think it was cynical. You’ve got to have a bit of luck and we haven’t had much, so hopefully we’ll get some soon.

"Overall, I was really pleased with the lads today. We played some controlled football on the break and it’s not every day you see Tottenham in the corner flag with ten minutes to go.

"I couldn’t fault the lads today, other than taking some of their chances. There were some really good pluses from everyone at the Club today - especially from the fans.

"The supporters have been amazing; they are totally behind me and it’s fabulous to know that. We’ve been in the games, we’ve got a great group of lads, who have been trying their hardest and we’ll keep going. Fulham are next and we’ll be ready for that, to try and get our first win.”