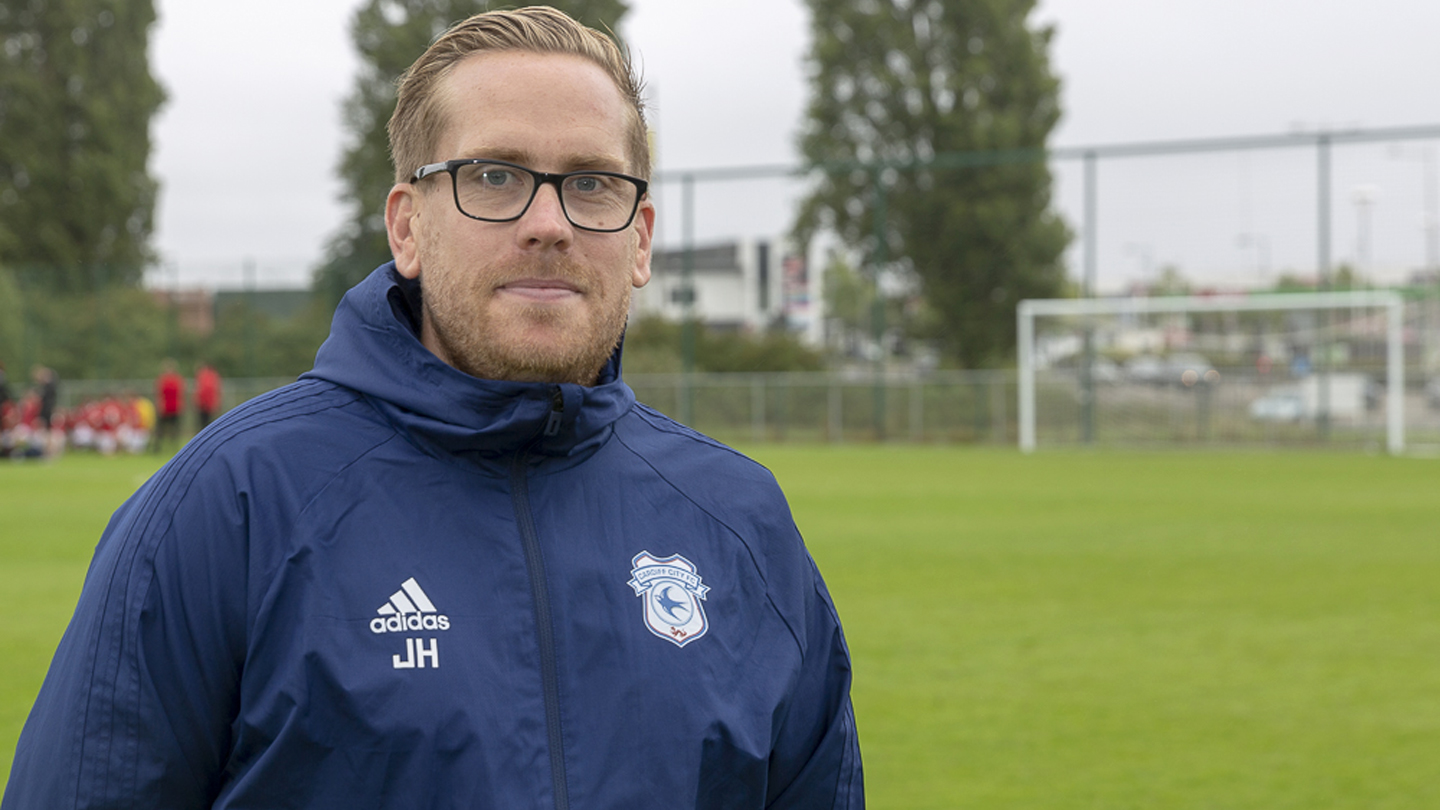 Women | Joel Hutton: We have to keep adding to our results!

Following an 11-1 away victory over Tredegar Girls AFC, Cardiff City FC Women manager Joel Hutton revealed the difference in training this week and its impact on the squad...

“Training this week has been a little bit more relaxed,” began Hutton. “We worked the girls hard on Wednesday with Richie Hughes - the strength and conditioning coach - and the players will get Friday and Sunday off. We’re trying to give the players that balance, by easing off on certain training sessions.

“The reason for that is, we’ve got some tough fixtures coming up on the tail of October, through to the Christmas break. Port Talbot, Swansea and Abergavenny are all on top of their game, but we’ve also got some cup fixtures, against Abergavenny in the League Cup and the winner of Penrhyncoch Ladies and Port Talbot Town in the FAW Women’s Cup.

“Having no match this weekend gives us another week to look at the players, before having to pick another team. We made some changes last weekend, with it being a cup game and there will probably be some more changes again before the next league game.

"As a group of coaches, we have more of an opportunity to look at the players and we’ll have a full week, next week. More importantly, it gives the players a little bit of rest as well and they buy into what we do, so it’s nice to give them a little break when we can.”

The Bluebirds’ next game is against Port Talbot Town Ladies in the Welsh Premier Women’s League at Cardiff International Sports Campus, on Sunday, 28th October. Hutton expressed the importance of the encounter, before reflecting on the season so far.

“Port Talbot have started really well and I’ve always admired them, because they’re nice people there and I’ve always got on with them. There’s been a difference to how they’ve started in the league this year, compared to previous years and we will not be taking them lightly. As a team of coaches, there’s preparation and work to be done on our behalf to make sure that we get the girls up to speed and prepare as best as we can for the Port Talbot fixture.

"We’ve discussed this all season; if we’re going to be up there come the end of the campaign, we need to be winning every game possible, so Port Talbot is the next league game that we’re focusing on and one that we’re looking to try and take three points from."

Hutton concluded: “Bar the disappointment of the Cardiff Met game result-wise despite our really good performance, it has been a great season so far. We brought the girls in earlier for pre-season, for the purpose of fitness because we’re wanting them to be fitter than they were last year and I think that has shown in the last couple of matches. Where we’ve broken teams down in the later stages of the game and scored quite a few goals.

"That is testament to the work that Richie [Hughes] is doing and the work that we as coaches are doing in training each Wednesday and Friday. It has been a good start to the season, but it’s something that we’ve got to keep adding to in the next couple of weeks and like I said, looking at our fixtures from now until Christmas, there’s some really big and tough matches in there. We need to make sure that we keep chipping away and knocking them back every week.”