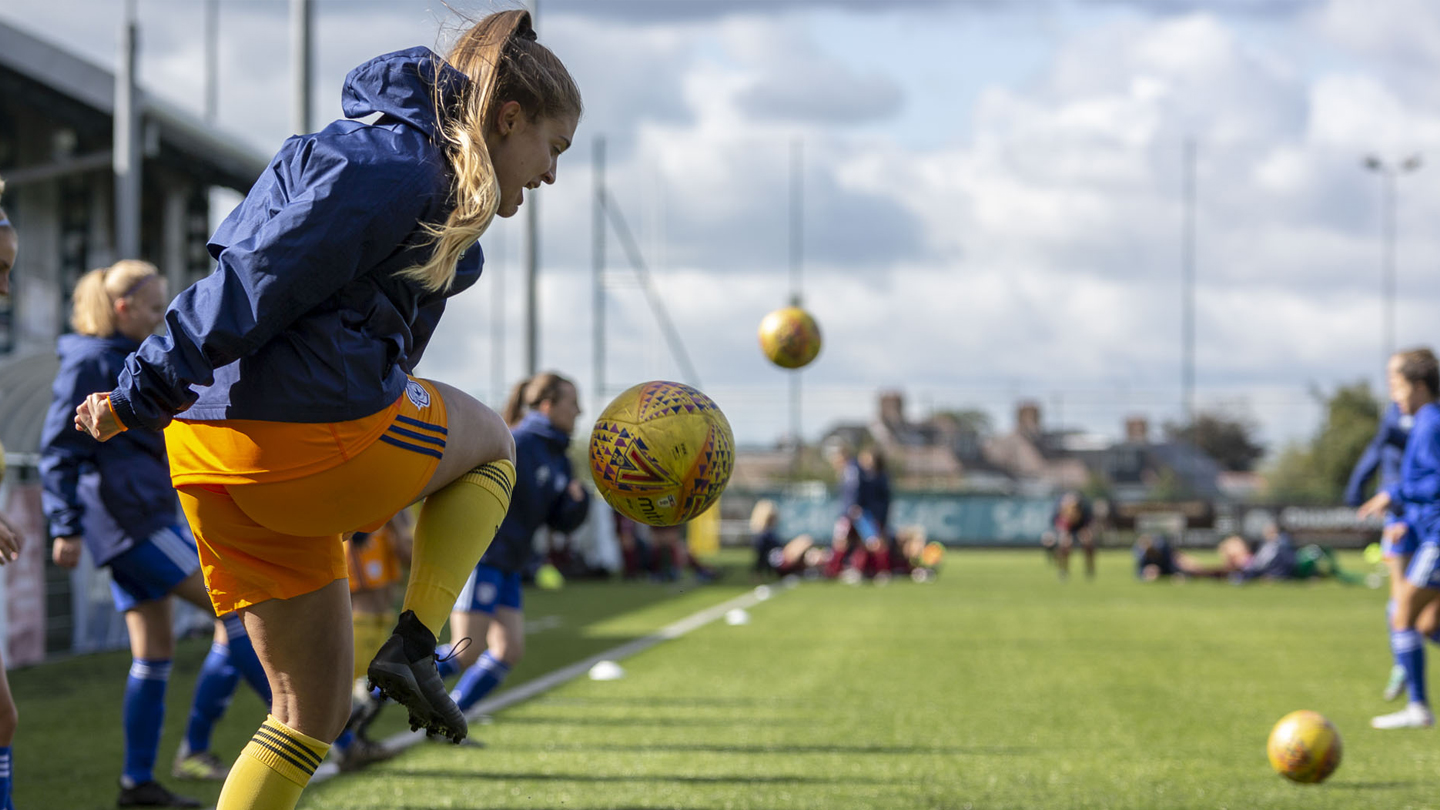 Women | Joel Hutton: We wanted the job done by half-time

The Bluebirds tallied four first-half goals through an Alana Murphy brace, joined by strikes from Kelly Bourne and Catherine Walsh, which proved enough to seal all three points.

“It’s always great to go to North Wales and get a result,” began Joel. “It makes the long bus ride home a lot easier and it was a really good performance from the girls. I was happy that we bounced back from the result last time out. We carried on from that performance and this time we managed to take the three points, so that’s good enough for me.

“We had to travel to Rhyl with a few girls, who were a bit unwell. It’s not usually something that we ask the girls to do and that is to get the job done before half-time, then see the game out in the second-half. They managed to do it, although on another day it may not have worked, but it certainly did this time and the girls scored four goals with ruthless finishing in the first-half. That allowed us to get a couple of key players, who were struggling with illness, off and helped to avoid any further knocks or injuries.

“We’ve played a different way this season, to what we used to do in previous years and use our pace to get behind the defence. All the girls are doing well and long may it continue. With Catherine Walsh signing for us, it created a different dynamic because she’s a different type of striker to anyone else that we’ve got. She does stuff that other strikers may not like doing, such as holding the ball up and occupying defenders. Alana Murphy is also a totally different player and that’s why they [Murphy and Catherine Walsh] complement each other, so there’s no surprise that they’re our current top scorers.”

Hutton concluded by providing an injury update and with City not having a match until Sunday, October 14th, the manager is confident about having a full-strength squad for October’s three fixtures: “There are one or two current knocks that we are monitoring, but we haven’t got a game next weekend, so we should have a full squad for the FAW Women’s Cup clash against Tredegar Girls on October 14th. Then after that, we play Cyncoed and Port Talbot Town, who are both flying at the moment and hopefully we’ll have a full squad for those games. Having that, would give the other coaches and I a few tough decisions to make and at the start of the season we asked the girls to give us a selection headache, so I’m glad that they’re doing that.

"It shows how well they’re playing as a squad together at the moment and that can only be beneficial for our season.”