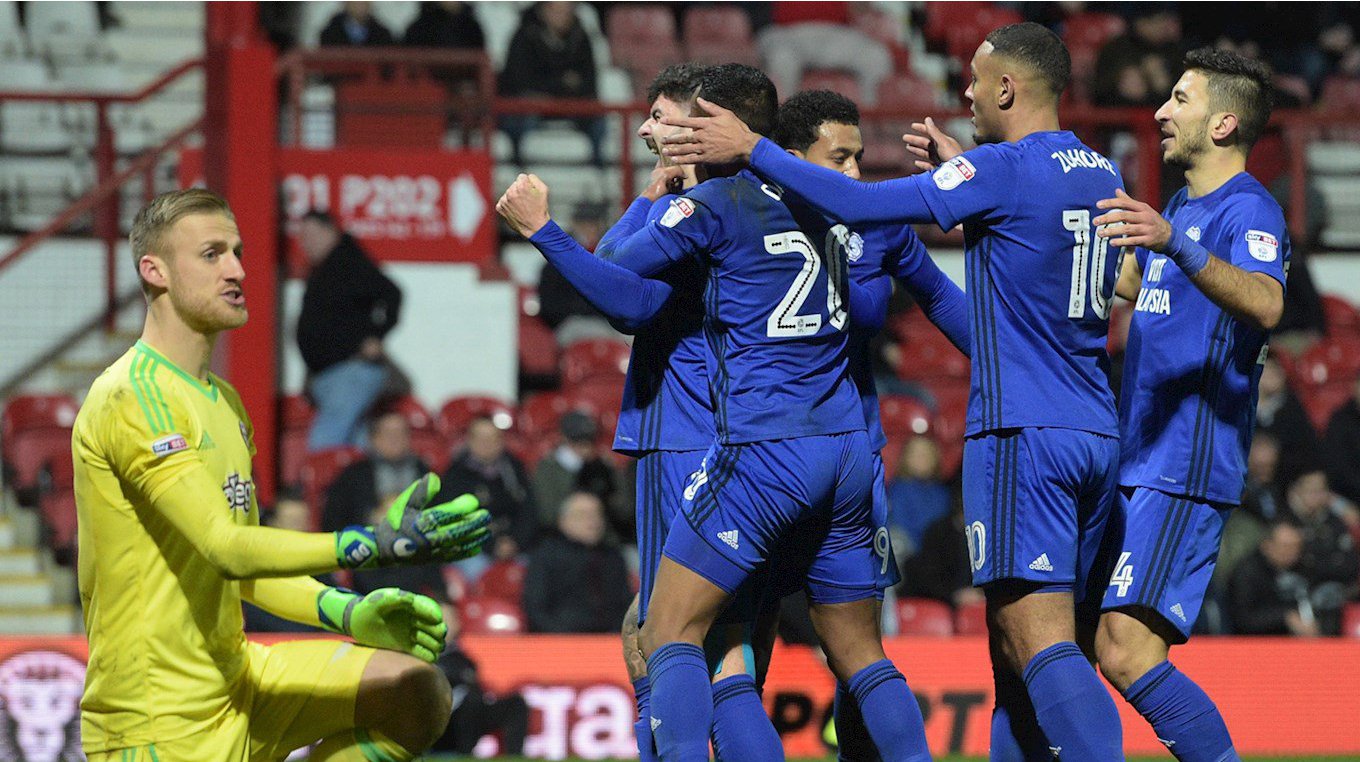 Five of the best: London Trips

Cardiff City face Chelsea at Stamford Bridge on Saturday, September 15th in their fifth Premier League fixture of the 2018/19 campaign.

The Bluebirds have had many memorable moments in London and before making the trip the Blues, Richard Early takes a look back at some of our finest days in England’s capital city…

Winning the FA Cup has to rank as the greatest London trip in Cardiff City history. On 23rd April, 1927, the Bluebirds achieved their greatest ever feat by defeating Arsenal 1-0 at Wembley Stadium to win the FA Cup (commonly known then as the English Cup). Managed by Fred Stewart, City’s starting XI was made up of three Welshmen, Scotsmen and Northern Irishmen, as well as Englishman Billy Hardy and Irishman Tom Farquharson.

Forward Hughie Ferguson scored the only goal of the affair, netting after 74 minutes to send thousands of Bluebirds into jubilation. The FA Cup success meant that City qualified for the 1927 FA Charity Shield and the Scotsman also converted before Len Davies struck to secure a 2-1 victory over Corinthian FC at Stamford Bridge on 12th October, 1927. To this day, no other non-English has ever lifted the FA Cup!

The Fred Keenor statue outside Cardiff City Stadium was erected in November 2012 to resemble City’s Captain celebrating with the FA Cup and the road leading up to the commemoration was renamed Ffordd Fred Keenor in December 2010.

It is difficult to forget the day that Joe Ledley scored to sink the Tykes, sending Cardiff City to the FA Cup Final. The date was Sunday, April 6th, 2008 and 82,752 spectators packed out Wembley Stadium to witness two Championship sides battle it out for a place in the Final against Portsmouth.

The Bluebirds’ early pressure told as the Barnsley defence failed to deal with Tony Capaldi's long throw and Ledley hammered into the top corner, after nine minutes. Matches with early goals are often a catalyst for a goal-fest, although that would not be the case on the occasion (nor did it matter) as City progressed 1-0 victors.

The Bluebirds travelled to Craven Cottage on Saturday, September 28th, 2013 looking for a first Premier League away victory. It was City who took the lead, after 12 minutes, through captain Steven Caulker. The central defender connected with Peter Whittingham’s corner to head home. However, the Cottagers equalised through early substitute Bryan Ruiz on the stroke of half-time.

The second period looked to conclude in a stalemate, although substitute Jordon Mutch refused to accept that and kept his nerve to control the ball before driving a left-footed effort into the far corner from range, sealing all three points for the visitors - and delighting the packed away end.

In Sam Allardyce’s first match in charge, the Hammers, who were favoured for promotion, controlled the game for timely periods on Sunday, 7th August 2011.

However, the Bluebirds remained resilient, fought until the end and were clinical when their chance came with just moments remaining. Kenny Miller was one of nine new summer signings and set his marker by lashing past England international Robert Green from a Rudy Gestede pull-back to secure a 1-0 victory on the Championship campaign’s opening day.

Domination from the hosts and an early Neal Maupay's goal looked troubling for Neil Warnock's side in March 2018. The race for promotion was hotting up - and the Bluebirds couldn't afford a slip up.

As always, Warnock's men showed their togetherness to climb back into the match - and in some style. Sol Bamba collected a half-clearance on the edge of the area, before blasting home to equalise, after 25 minutes. This wonder strike went on to be named Cardiff City's Goal of the Season for 2017/18.

Two minutes into first-half additional time, the Bluebirds completed the comeback as Callum Paterson hammered into the roof of the net at close range from a Junior Hoilett assist.

The game and three points were sealed with a third and final goal through Kenneth Zohore, after 58 minutes. The Danish striker finished from a lofted ball into the box that the Bees defence failed to deal with. We all remember how that season finished...

Away tickets for this match have now sold out! You can listen in to live commentary courtesy of Cardiff City TV. Subscribe now for just £30 for 12 months and get a host of behind-the-scenes video access - and more!