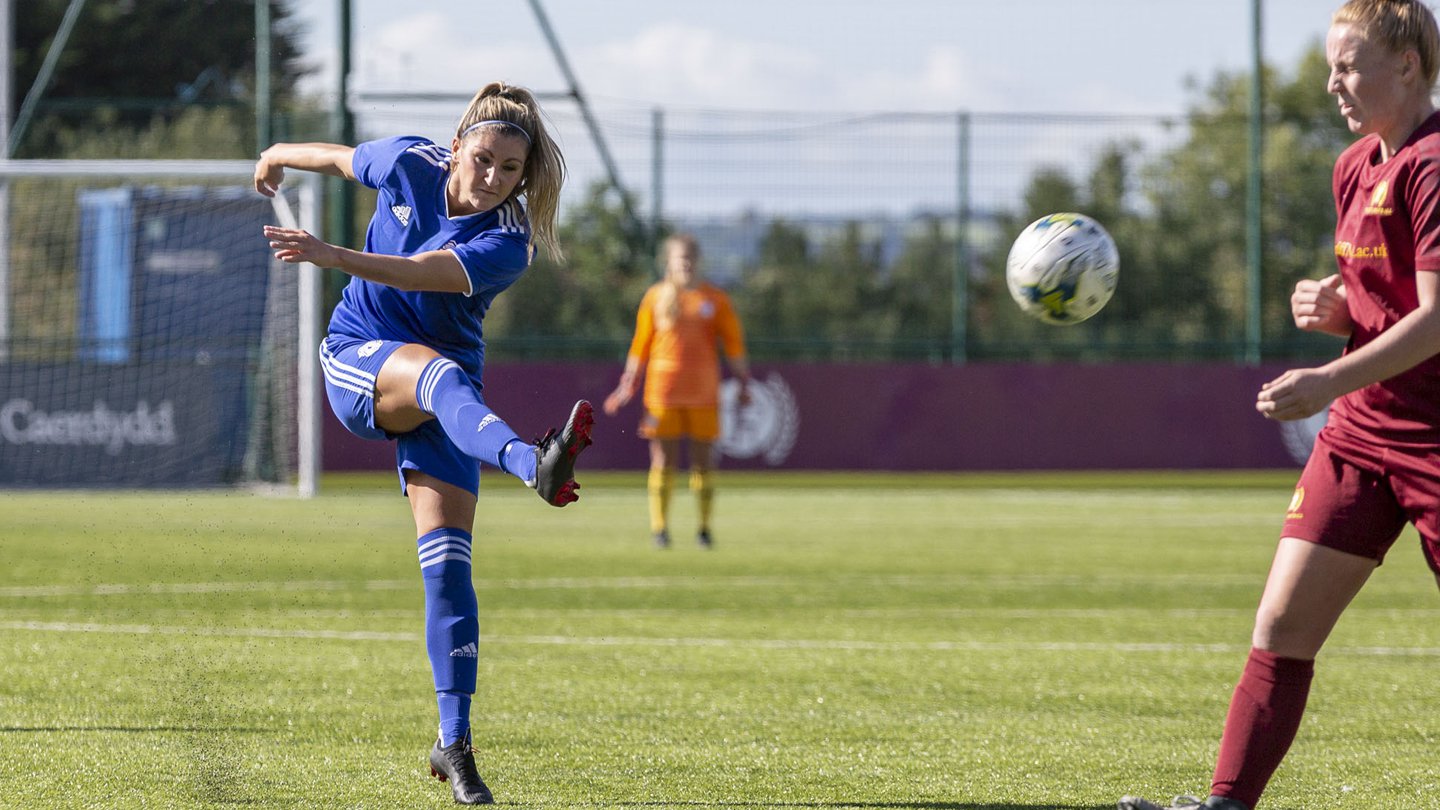 The Bluebirds went into their third WPWL fixture of the season with great momentum, having kicked off the 2018/19 campaign with a 6-0 victory over Briton Ferry Llansawel Ladies at Old Road and a 4-1 win against Llandudno Ladies at Maesdu Park.

Joel Hutton made one change to the side that defeated Llandudno Ladies last time out. Kelly Bourne entered the starting XI in the place of Daisy Connolly.

The encounter began brightly for the hosts, as Robyn Pinder broke the deadlock, after five minutes. The forward rounded the onrushing Claire Skinner, before finishing into the empty net.

As the first period progressed, City looked determined in their play to equalise swiftly. Danielle Green fired astray of the left upright from range, after 14 minutes, before Alana Murphy’s curling free-kick from the edge of the area was tipped over by Estelle Randall.

With half-time approaching, Catherine Walsh came close to adding to her five league goals this season. From the area’s edge, the striker hammered a shot just wide of the right post.

After the interval, the visitors became the dominators and seemed likely to equalise, following the Archers’ disallowed goal.

Substitute Monet Legall paced the right flank and eyed an opening in the opposition defence at every opportunity. Moreover, Murphy and C. Walsh didn’t hang back, as they piled ambitious efforts on substitute goalkeeper Charlotte Smith. However, City’s great pressure until the end did not pay off on this occasion with Cardiff Met holding on to secure the three points.