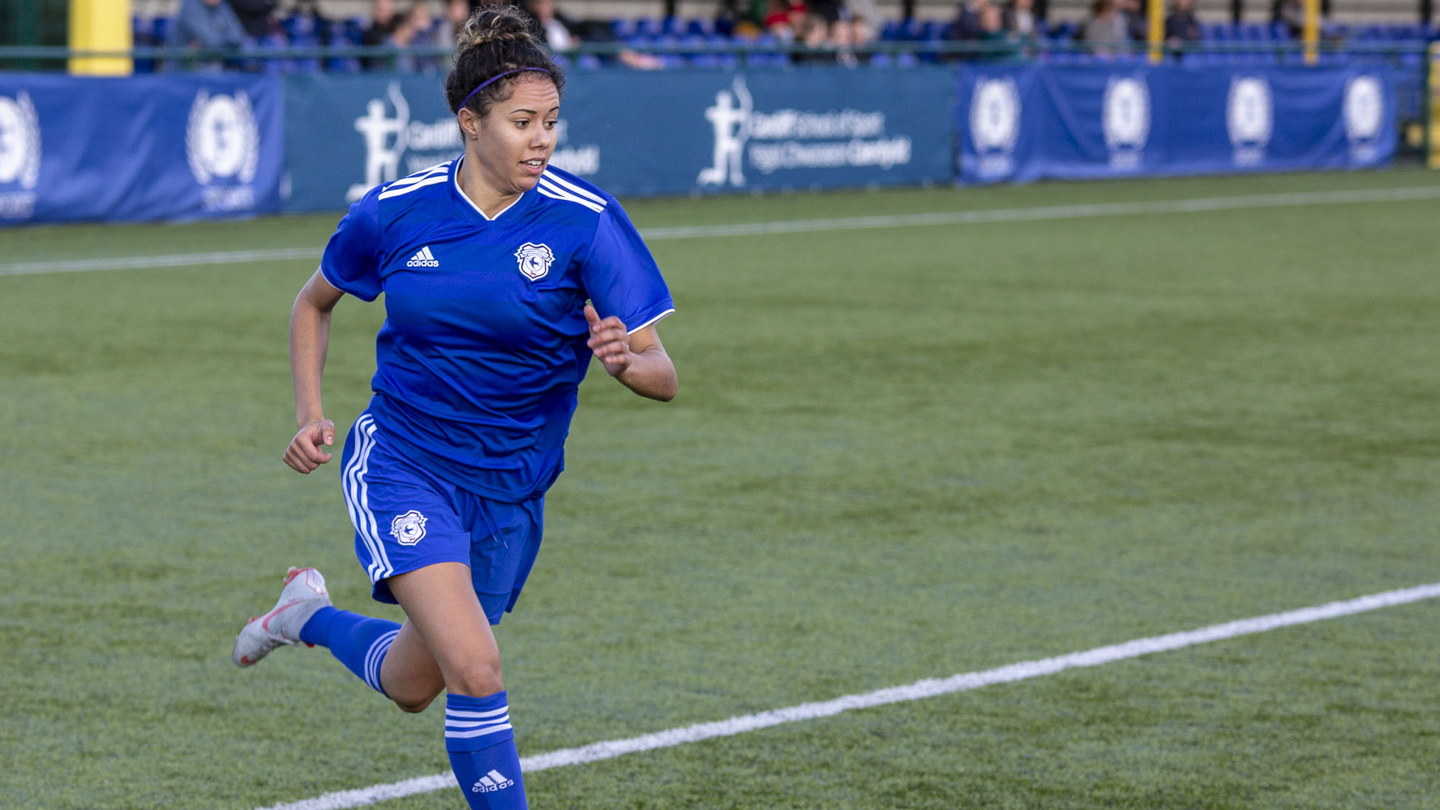 Cardiff City FC Women concluded their fourth away trip of the 2018/19 campaign with a comfortable 4-0 victory over Rhyl Ladies at Belle Vue Stadium.

The Bluebirds got off to a swift start, breaking the deadlock, after six minutes. Murphy secured her fourth goal of the current campaign, chipping the goalkeeper from range and sparking a first-half rout of the hosts.

City doubled their lead just 14 minutes later through Bourne. The midfielder scored her first goal of the season, by tapping in on the rebound after Montana May’s free-kick cannoned off the crossbar. Then after 33 minutes, it was 3-0 to the visitors. Murphy’s sweetly-struck effort from range met the bottom, left corner and she doubled her scoring tally for the day.

As the opening period entered additional time, Catherine Walsh popped up to quadruple the Bluebirds’ advantage. The striker’s super strike sealed her sixth goal of the campaign, as rampant City demonstrated their flair on the north-east coast of Wales.

After the interval, the Lilywhites became resilient in the hope of conceding no more and opportunities were a rarity. However, the battling Bluebirds came close to adding a fifth on several occasions. Four minutes into the second-half, Danielle Green’s effort from the left flank was saved and that was the last real chance until the 72nd-minute.

The changes made by Hutton were proving effective, as Kanisha Underdown picked out substitute Monet Legall with a terrific ball, although the midfielder’s shot was blocked. Then 11 minutes later, Eryn Gibbs, who came off the bench, drove a shot that struck the post.

Determined City continued to demonstrate their hunger for another goal and one minute later, Murphy’s hope for a hat-trick almost paid off. McDonough cut-back for the fiery forward, who fired wide. That proved to be the last action of the affair, as the Bluebirds departed Belle Vue Stadium with all three points and continued their impressive beginning to the 2018/19 WPWL campaign.