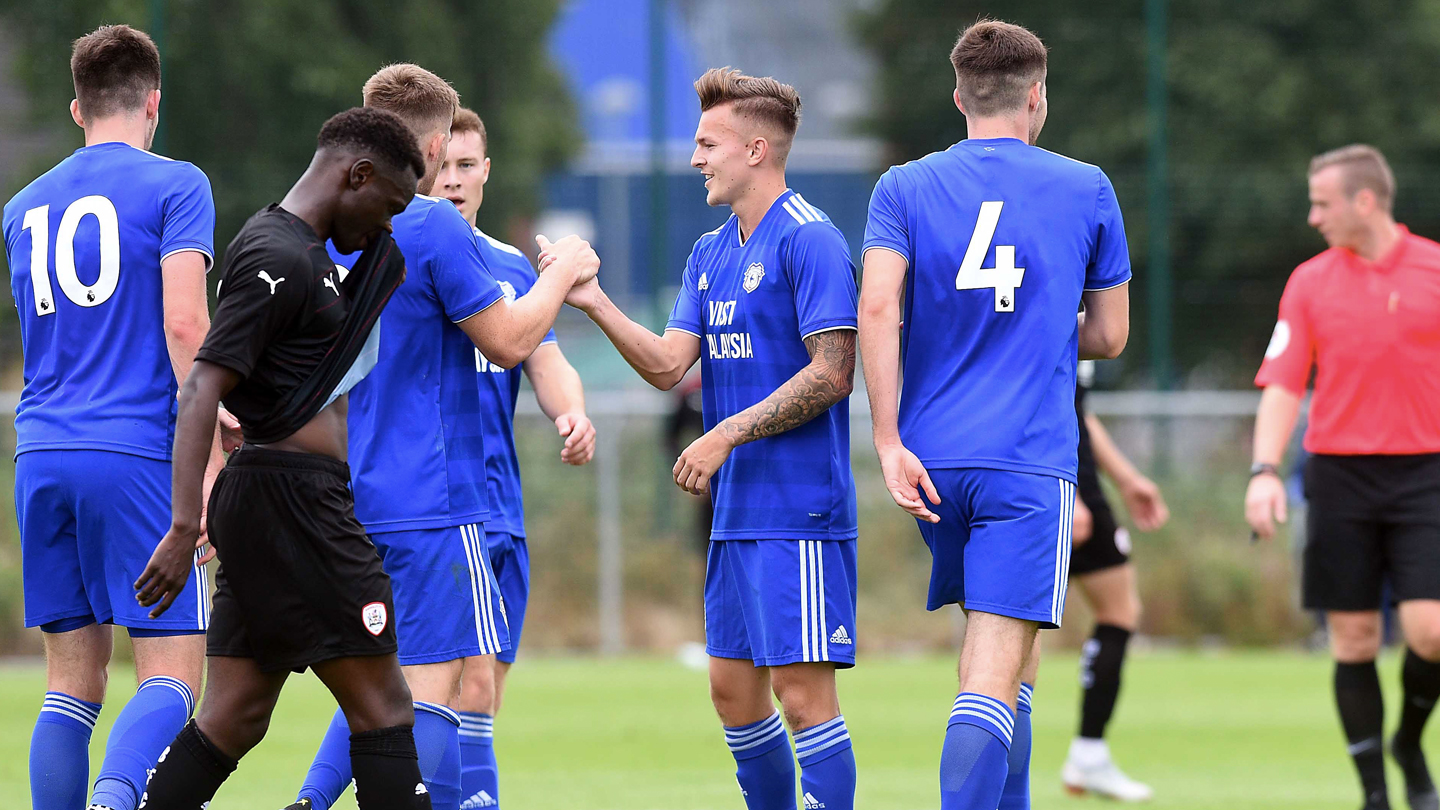 Founded in 1883, Coventry City Football Club compete at the Ricoh Arena, which has a capacity of just under 33,000. The Sky Blues previously played their home matches at Highfield Road and Sixfields Stadium. However, their U23 squad additionally play at the Alan Higgs Centre.

Jason Farndon’s side have won one game, lost one and drawn three to date from their opening five 2018/19 PDL2 fixtures. The Sky Blues were defeated 2-1 by Leeds United on the opening day of the campaign, before recording a 4-2 home victory over Burnley. However, they progressed to lose 2-1 away to Bolton Wanderers, draw 2-2 at home to Sheffield Wednesday and lose 1-0 away to Barnsley, who the Bluebirds defeated 2-0 at Cardiff International Sports Campus on Monday, 20th August. Coventry City are currently placed seventh in PDL2 South on four points – six behind table-toppers Crystal Palace.

The young Bluebirds last met the Sky Blues on 15th February, 2018 in PDL2 action at Cardiff International Sports Campus and the affair concluded in a 2-0 victory to the hosts. First team players Matthew Connolly, Craig Bryson, and Kadeem Harris were named in the starting XI to gain match fitness, alongside two trialists.

City got off to a dominant start and Ogo Obi broke the deadlock early, slotting into the bottom, left corner from inside the area. Then after 28 minutes, Kadeem Harris struck to double the Bluebirds’ advantage by speeding in on goal from the left flank, before striking past the onrushing Corey Addai. Those proved to be the only goals of the encounter and Jarred Harvey’s side sealed all three points.

Cardiff City U23 coach, Andy Legg gave us his thoughts ahead of the trip to Coventry.

“It’s our second game this week,” began the former City full-back. “Coventry City will be a decent side and we beat them last season. It’ll be a difficult match, but we’re more than capable of going there and getting a result again.

“Performances are what we’re looking for most though and a result would be a bonus. It’s not about victories and winning games at U23 level – it’s about learning. If the players learn from their mistakes and don’t make them again, they will progress and the team will become better.

“It was great to get Tyrone Duffus and Lloyd Humphries playing against Nottingham Forest on Monday and James Waite isn’t far away from returning either. Having them all back will help us because we’ve got a couple of tired bodies and one or two knocks. It’ll be nice once everyone is back and Cameron Coxe will return from international duty for this match.”

Former Everton midfielder Duffus added: “It’ll be another tough game and our second of the week, but we’re always up for the challenge. Hopefully we can go up there and get a result.

“They’re usually a decent team and like to play. It’s always a tough, physical battle against Coventry City so it will probably be a tight match. I’m looking forward to it and it’s great to have the chance to get more minutes in quick succession.”