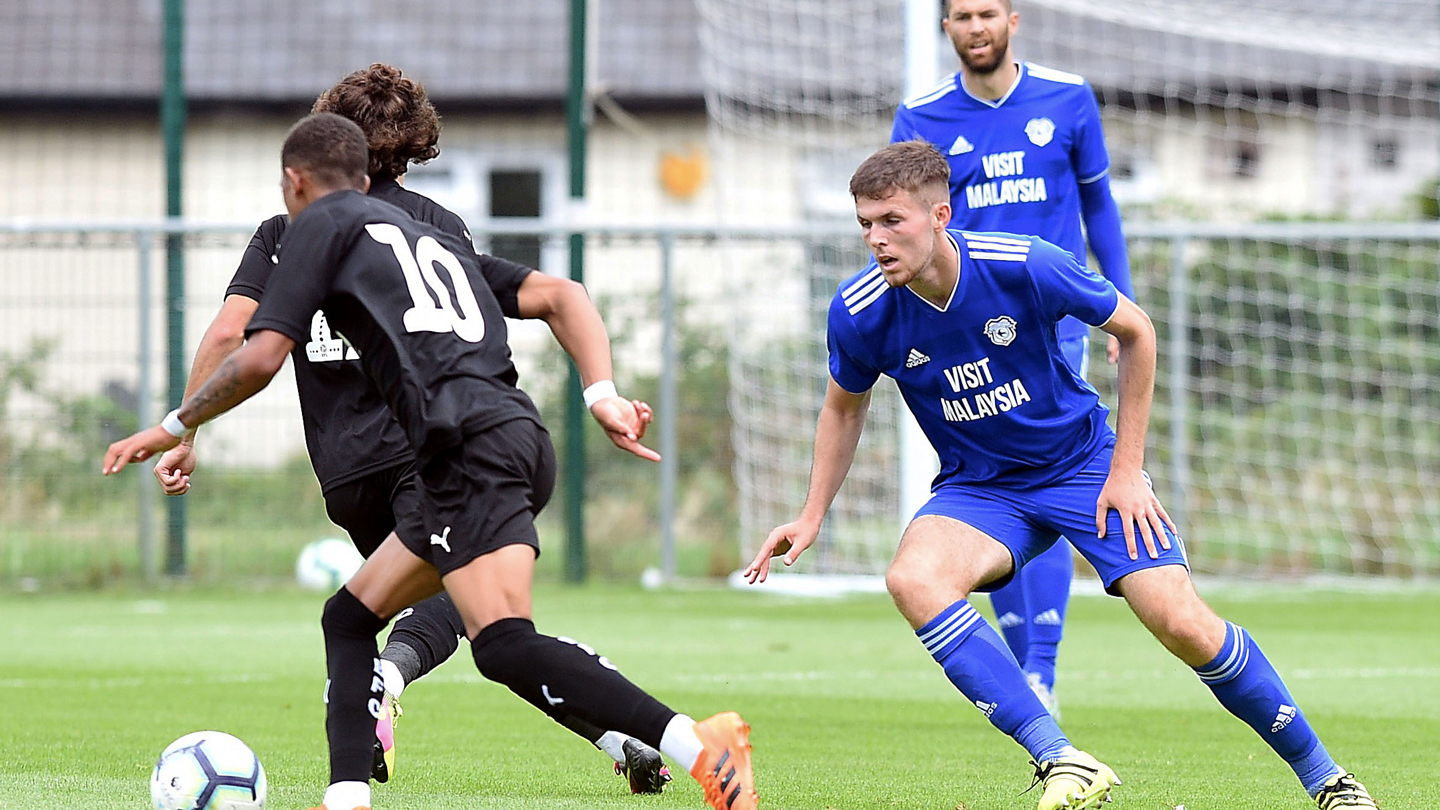 On Friday, 14th September, Cardiff City’s U23 side lost 3-0 to Coventry City at the Alan Higgs Centre in their sixth fixture of the 2018/19 Professional Development League Two campaign.

Jarred Harvey made four changes to the side that faced Nottingham Forest at the City Ground last time out. Matthew Connolly, Anthony Pilkington, Lee Tomlin and Cameron Coxe, on return from Wales U21 duty, came into the starting XI.

The Bluebirds crafted the game’s opening opportunity, after eight minutes. Daniel Martin sped down the left flank before delivering a cross that looked to dip into the net, although Corey Addai tipped over.

Six minutes later, City came close again on a trio of occasions. Tomlin’s low drive from the edge of the area was tipped away by Addai for a corner. From the resulting set-piece, Pilkington powered a header towards goal that was parried by the goalkeeper, before Paul McKay’s close-range rebound was blocked.

Things were made a lot more difficult for Harvey’s men, after 25 minutes, as Lee Tomlin saw red for dissent, reducing the visitors to ten men. Then three minutes later, Ibrahim Meite was denied a penalty after going down in the area.

The hosts progressed to break the deadlock, after 39 minutes. From the inside, left of the box, Dexter Walters finessed an effort into the bottom, right corner.

After the interval, it took City seven minutes to come close to an equaliser. Coxe paced down the right wing, before producing a low cross for Pilkington. Although, the forward could not control and the Sky Blues cleared.

Laurence Wootton was unlucky to volley wide from inside the area, after 69 minutes. Then one minute later, Billy Stedman doubled Coventry City’s advantage, striking at close-range.

After 82 minutes, Jamie Veale decided to go for goal from a free-kick at range. The midfielder’s exceptional effort was on target, although Addai tipped over. One minute into additional time, the hosts added a third through substitute Jack Burroughs. That proved to be the last kick of the affair as the Sky Blues took all three points.