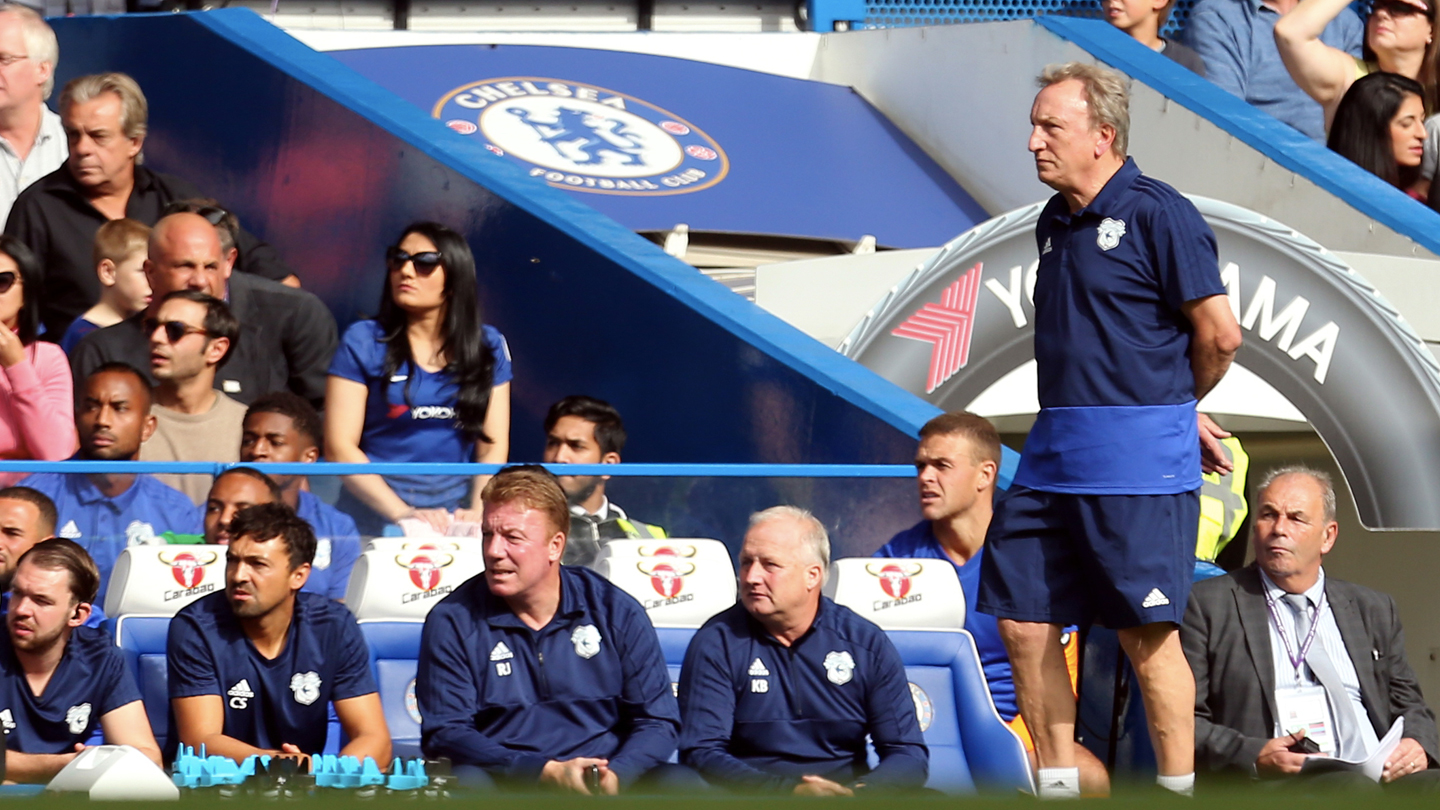 Warnock: We handled ourselves well

“I’m disappointed with the goals conceded,” Warnock began. “We should have won a challenge before the first goal and the free-kick for the second was minimal.

"It was a bit harsh, we were in the game for 80 minutes, and it looked like a mistake could get us back on level terms but they're a good side and their quality showed through.

“I thought we handled ourselves well overall and tried to play when possible. We didn’t try to shut up shop and tried to attack. There are little things we do need to brush up on.

“They're (Chelsea) one of the top teams. I thought we gave them a good run for their money.”

The Bluebirds took the lead early on at Stamford Bridge with Sol Bamba finishing a fine set piece move.

"It was well-worked. We practice that because a lot of teams block you off and don't get picked up for it so you've got to work even harder.

The Gaffer concluded: “It’ll be a full house and a good atmosphere next week. We are looking forward to it.”

Cardiff City vs. Manchester City has already sold out! Tickets are still available to purchase for our following home match - a Sunday (Sept 29th) afternoon clash with Burnley - via the Cardiff City FC Ticket Office!