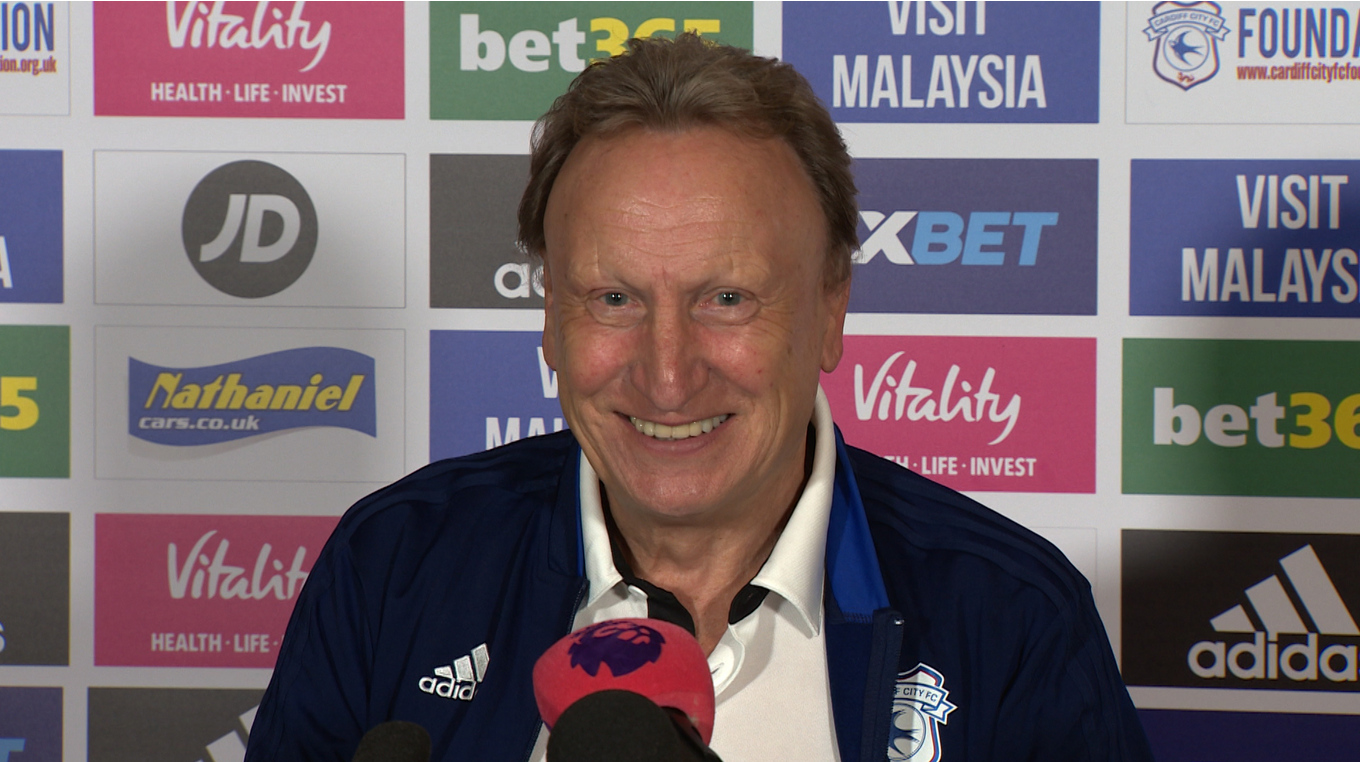 Warnock: We've got to be at our best

Neil Warnock spoke to the assembled press and media on Friday, September 14th, at the Vale Resort – previewing Cardiff City’s away match at Chelsea.

The Gaffer gave us his thoughts on the new manager in charge at Stamford Bridge – and the tough trip ahead.

“He’s (Maurizio Sarri) like a breath of fresh air. It’s obvious they’re on the front foot and they’re enjoying it. They’re on top so much of the time that other teams don’t get a chance.

“The top sides always have a lot of possession so we’re going to be under the cosh for a long time, but we’ve got to find a remedy. We’ve earned the right to play against teams like Chelsea.

“It’ll be interesting to see how we cope at a packed Stamford Bridge. It’s one where we’ve got to get the best out of what we’ve got. I don’t want to go there and not have a shot on target, but we’ve got to have players at their best abilities to give them a game.”

The Bluebirds were unfortunate to taste defeat last time out against Arsenal. Forward Danny Ward netted his first goal of the campaign against the Gunners on that day

“Our best strike force at the moment is Danny Ward and Bobby Reid,” Neil continued. “They’ve been improving in training and they’re relishing it. They’ve both stepped up. With Danny, it has been like having a new player with the amount of time he has been injured.

“If you look at the stats, Bobby covers every blade of grass. He’s such an enthusiastic boy. We love him in training and I think him and Danny are a great partnership.

“Everything’s changing for Danny and now we’ve got Bobby in the right position - it’s great for him.

“Danny has got goals in his locker too. At the moment, it’s a no-brainer.”

It is good news for the Bluebirds on the injury front too with both Josh Murphy and Aron Gunnarsson back preparing with the first team squad.

“Josh Murphy is training but I'm not sure whether he’ll be involved. He wants to be but we have to be careful with Nathaniel Mendez-Laing out.

“We haven’t got to rush Aron back. He could be involved at the weekend if I wanted him to, but I’m not sure I want him to.

“We’ve got to build that knee up.”