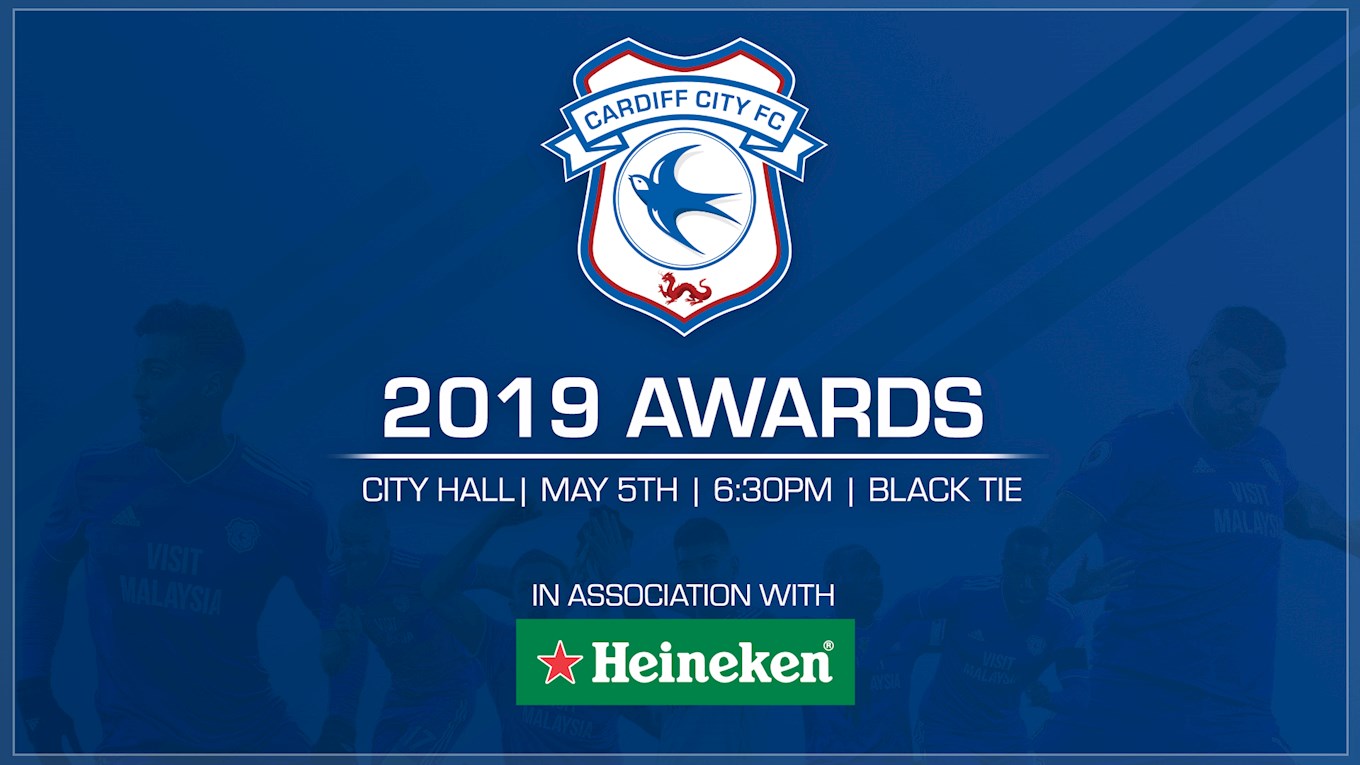 2019 Awards Night | Buy tickets & vote for Player of the Season!

Cardiff City Hall will play host to the Bluebirds’ annual Awards Night on Sunday 5th May.

UPDATE: Tickets have now sold out. Thank you for your support once again this year!

Neil Warnock and his First Team squad will be attending on the night while Rhydian Bowen-Phillips will be your host throughout, with doors opening at 6:30pm.

As you arrive at the venue you will be welcomed with a drinks reception, followed by a delicious three-course meal. A host of awards will then be presented during the ceremony, reaching its climax with the presentation for Cardiff City’s official 2019 Player of the Season award, which will be presented by the Cardiff City Supporters’ Club. Once the awards have been presented, live entertainment on stage will follow until late.

Eligible players have made a minimum of 20 Premier League appearances in the 2018/19 season.