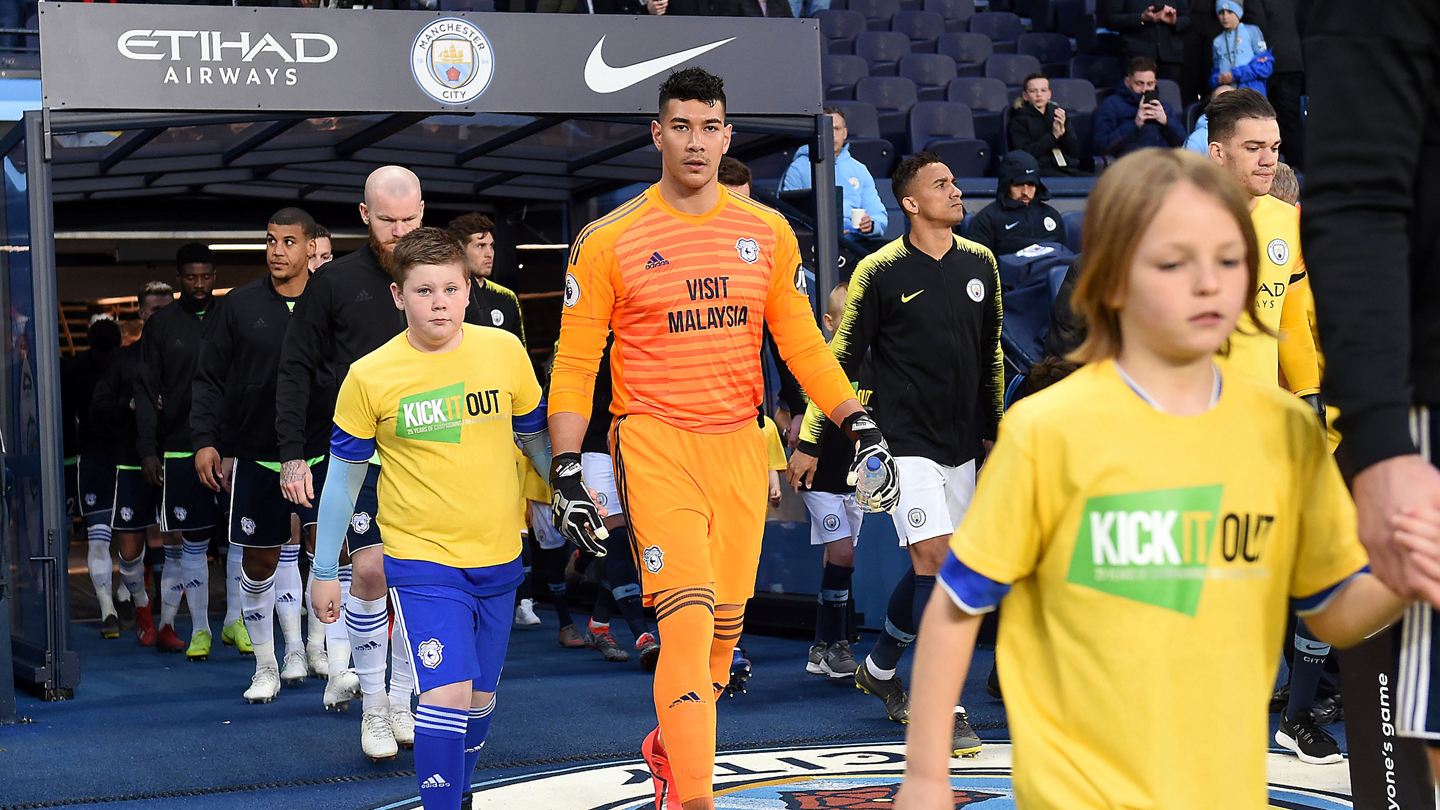 Neil Warnock made one change to the Cardiff City side that faced Chelsea on Sunday afternoon with Joe Ralls coming into the starting XI.

It was always set to be an uphill battle for the Bluebirds against their Premier League title challenging opponents, and this proved as such. The Blues came at the away side immediately, and managed to net with six minutes on the clock.

Belgian international Kevin De Bruyne was played in down the left side, and the midfielder took it upon himself to do all the work alone, firing across Neil Etheridge from an acute angle into the top of the net. There was a touch of fortune to this effort, with the Man City No.17 admitting after the match that this attempt was initially a cross.

The chances continued for Pep Guardiola’s men, with Phil Foden, Gabriel Jesus and Leroy Sané all being denied by City’s No.1 Etheridge in the opening period.

The current Premier League holders doubled their advantage with one minute remaining in the first half. German international Sané took aim from 18-yards, arrowing a powerful left footed shot across goal and into the back of the net.

Etheridge’s brilliance was required again in the second half - looking to keep the scoreline respectable against world class opposition. The Philippines international made incredible saves, keeping out Riyad Mahrez and Aymeric Laporte in quick succession after 65 minutes.

Future England star Foden was having a fine game for the hosts but still couldn’t find a way to net a Premier League goal against the Bluebirds. The 18-year old midfielder hit the upfront on 69 minutes from close range before seeing a long shot from distance somehow tipped wide by Etheridge.

Warnock’s men put up a valiant fight, and had chances of their own late on to make it an interesting final push. Everton loanee Oumar Niasse struck a powerful left footed shot on 74 minutes, but Emerson made a comfortable stop. The two would do battle again with four minutes remaining as Cardiff City hit their dangerous opponents on the counter attack. Substitute Nathaniel Mendez-Laing was lively on his introduction to the match and looked to capitalise on a rare Manchester City defensive slip. The winger found Niasse with a fine through ball but the forward was unable to round Ederson.

The Bluebirds are without a match this coming weekend - with all focus firmly switching towards the next Premier League game, at Burnley on April 13th.