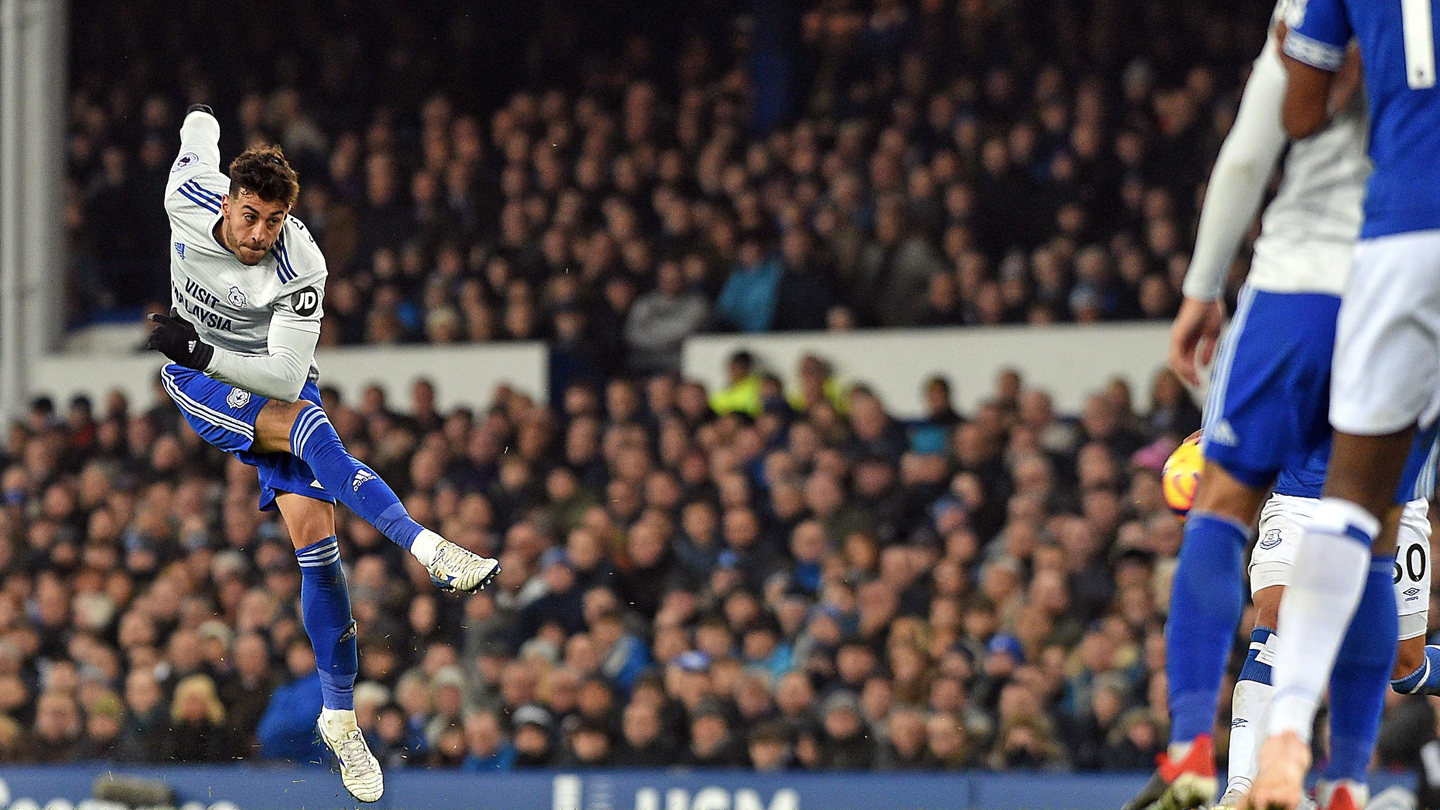 Everton’s rich footballing history began in 1878, when the club was founded under the name “St Domingo FC”, as a club for members of the congregation of St Domingo Methodist New Connexion Chapel in Everton to play for. They changed their name to Everton a year later, so that members could join from outside the congregation.

Everton became founding members of the Football League in 1888 and won their first League Championship title at the end of the 1890-91 season. The Toffees won their first FA Cup trophy in 1906, having beaten Newcastle United in the final, and were then league champions at the end of the 1914-15 season, which was the last season completed before the outbreak of the First World War, bringing a temporary halt to league football.

Defender Alan Harper began his career at his boyhood club, Liverpool, before joining Everton under manager Howard Kendall in 1983. Though did not make a senior appearance for the Reds, Harper would go on to make almost 150 league appearances for the Toffees in his time as a professional footballer.

Between 1983-88, Harper appeared 103 times for Everton in league matches, and scored four goals during his initial tenure at the club, including a vital winner in a 1986/87 title run-in against Chelsea. Harper had been an important part of Everton’s two-time League Championship-winning side and left for Sheffield Wednesday in 1988.

Following a season at Hillsborough, Kendall moved in 1989 to Manchester City to play once again under Howard Kendall, who had also recently joined the Citizens. Continuing to follow Kendall, Harper moved back to Goodison Park in 1991, where he made a further 45 league appearances over the course of two years for the Toffees.

Aged 33, Harper decided to play outside of top-flight football, and left Everton for a chance to play more regular first team matches at Luton Town. Before retiring in 1996 after two seasons with Burnley at Turf Moor, Harper had also enjoyed a short spell on loan playing for Cardiff City, making five appearances for the club between November 1995 and May 1996.

Since retiring, the former player has worked at several clubs including Everton – where he was a youth coach between 2000-2005, and Liverpool, where he was given a senior role in 2010.