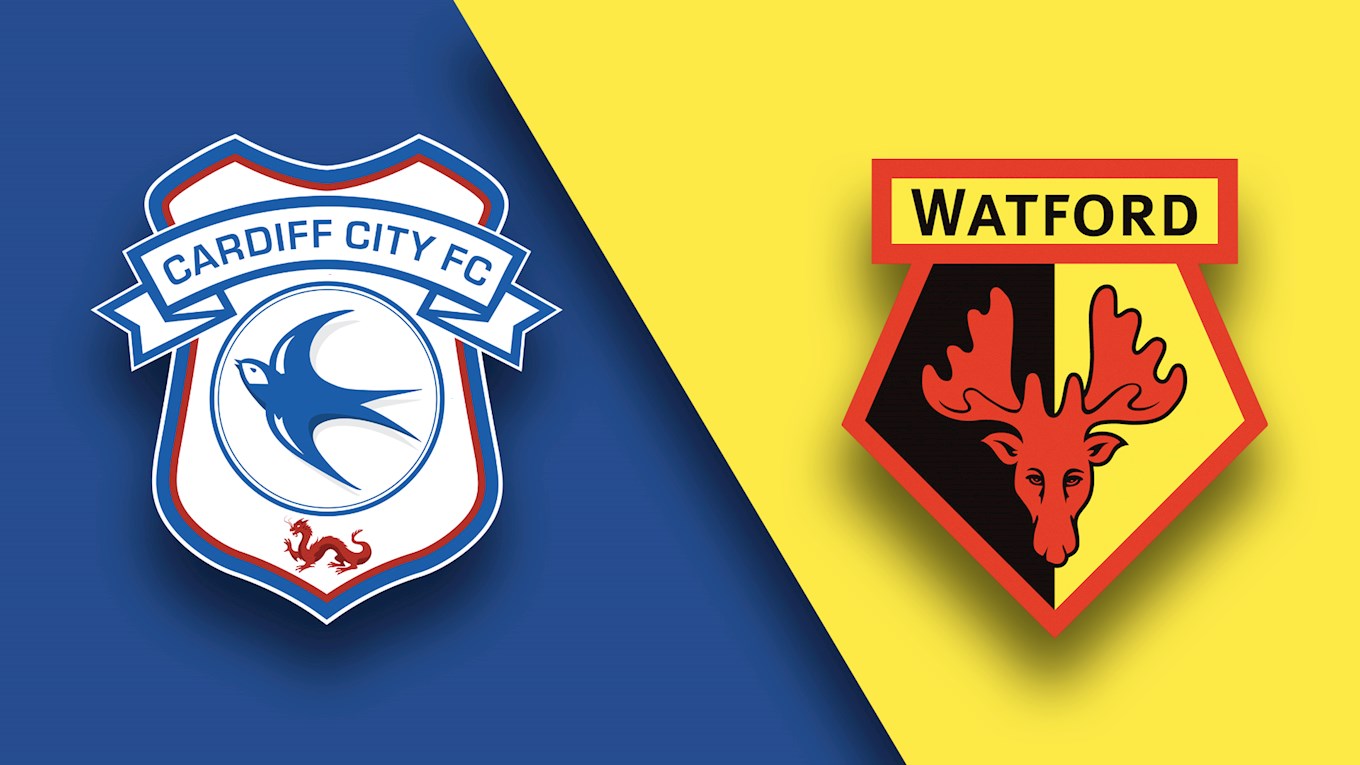 The Bluebirds host the Hornets at CCS this Friday evening...

Our counterparts arrive in South Wales following a 1-0 away win against QPR, earning themselves a place in the Quarter-Finals of the Emirates FA Cup, where they will face Crystal Palace. The Hertfordshire side’s victory at Loftus Road was their eighth win out of their last nine FA Cup ties against lower league opposition.

Alongside a successful cup run, the visitors find themselves placed in eighth position in the Premier League table with 37 points. Prior to their cup tie against the R’s, the Hornets recorded a third straight home league win at Vicarage Road against Everton, and have only lost to Tottenham Hotspur in 2019.

Javi Gracia was appointed Hornets boss in January 2018. Since his arrival, the Spaniard has taken charge of 46 matches - winning 18 games. The 48-year-old holds a win percentage of just under 40% as he approaches 50 matches in charge of the club.

Prior to managerial life in England, the Pamplona-born boss had a successful stint in Spain, where he won two Segunda División B titles.

The former Rubin Kazan manager has managed over 400 matches since he began his managerial career - securing 177 career wins.

Adam Le Fondre’s first-half strike guided the Bluebirds to within two points of the play-off places after Russell Slade’s side sealed a 1-0 victory at Vicarage Road.

The Hornets seized the early initiative and nearly got in front. Daniel Tözsér’s drive from outside the area stung the gloves of David Marshall.

The visitors, however, broke the deadlock 12 minutes into the first period. Anthony Pilkington delivered an inch-perfect delivery from the right-flank to Kenwyne Jones, whose header came back off the post, allowing Le Fondre to tap home into an unguarded net from close-range.

The home side almost drew on level terms after the half-hour mark, but their attempt was denied by a fine last ditch tackle by Matthew Connolly, who denied Matěj Vydra.

After the interval, the home side continued to go in search for an equaliser and came close through Gianni Munari. Troy Deeney flicked forwards to the Sassuolo-born midfielder, but his right-footed strike was well-saved by Marshall.

Despite sustained pressure on the Bluebirds’ goal for the remainder of the second period, the visitors remained resolute in defence and registered a first away league win of the season.

Following their defeat at the hands of the Bluebirds, the home side went on to clinch promotion back into the top-flight during that season, finishing runners up to AFC Bournemouth.

Bluebirds centre-back Matthew Connolly joined Watford for a brief stint on-loan during the 2014-2015 campaign. The 31-year-old ran out six times during his short spell before returning to south Wales for the 2015-2016 season. The Barnet-born defender has made 146 appearances for the Bluebirds in all competitions since his arrival from QPR in August 2012.

In July 2011, Don Cowie made the switch to south Wales from our Hertfordshire-based opponents. The Scotsman left Vicarage Road after making 94 appearances in all competitions for the club, netting on nine occasions. Whilst at Cardiff City Stadium, the 36-year-old made almost 100 appearances and was part of the Bluebirds’ 2012-2013 Championship winning side. Cowie is currently plying his trade at Scottish Championship outfit Ross County.

Fan-favourite Michael Chopra also had a spell at our counterparts during their 2002-2003 campaign. The 35-year-old netted on five occasions during his six appearances, four of which came in one affair when the Hornets played out a thrilling 7-4 away win against Burnley at Turf Moor in April 2003. The Newcastle-born forward made 159 appearances in all competitions for the Bluebirds, scoring 63 times.

Jordon Mutch is another former Bluebird who has represented the Hornets. The 27-year-old made 23 appearances in all competitions for the visitors on-loan from Birmingham City during their 2010- 2011 season. The Derby-born midfielder will fondly be remembered by the Bluebirds faithful for his stunning injury-time winner against Fulham at Craven Cottage in the Bluebirds’ previous Premier League campaign.

Andrew Taylor and Heiðar Helguson have also turned out for both teams. Taylor made 19 appearances whilst on-loan from Middlesbrough and scored his first career goal during his stint in Hertfordshire - a sumptuous volley against Portsmouth in January 2011. Former Icelandic international Helguson scored 9 times in 39 appearances for the Bluebirds, before his retirement at the end of their 2012-2013 promotion campaign.