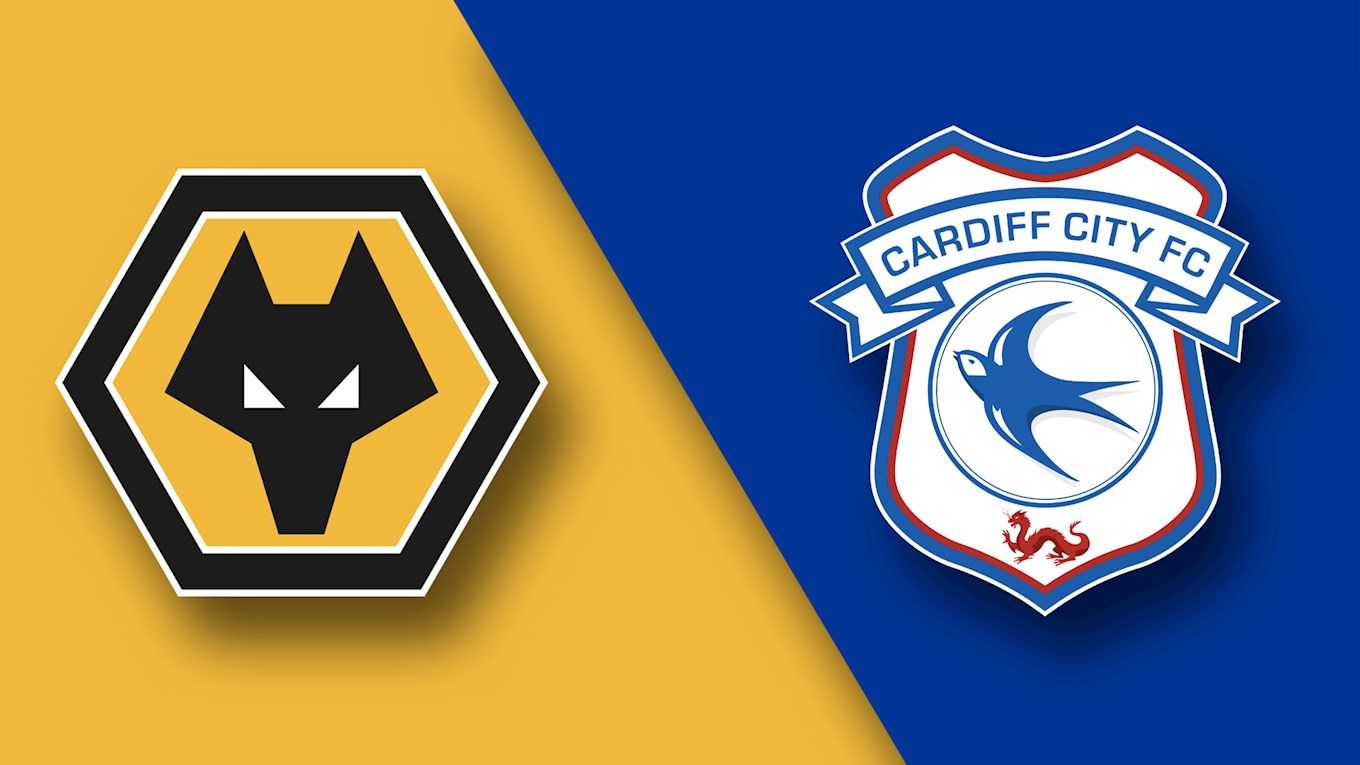 Wolves welcome the Bluebirds to the West Midlands after suffering a 1-0 away defeat to Huddersfield Town – their eighth defeat in nine league matches against The Terriers. Despite Tuesday’s disappointing set-back, Wolves still occupy eighth position on the Premier League table.

Alongside a more than respectable league campaign so far this season, our opponents have also enjoyed a promising Emirates FA Cup run. Their most recent tie ended in a 1-0 victory away at Championship outfit Bristol City, progressing to the Quarter-Finals of the competition where they will face Manchester United, the only team standing in their way from a trip to Wembley.

Summer signing Raúl Jiménez is the clubs’ top goal-scorer this campaign having netted 10 Premier League goals since arriving on a season long-loan from Benfica.

In the summer of 2017 Nuno Espírito Santo took charge of Wanderers and during his first season, the Portuguese-born manager guided the club back into the top-flight - ending their six-year absence from the Premier League by clinching the Championship title. The former Valencia boss has managed 86 matches so far at Wolves – winning 48 times.

Prior to his appointment in England, the 45-year-old’s managerial journey began at Rio Ave in the summer of 2012. During his reign at the club, he qualified the Portuguese outfit for the Europa League for the first time in the club’s history.

As a player, Nuno featured for nine different clubs as a goalkeeper. His greatest spell came at his two stints at Porto where he won four Primeira Liga and two Taça de Portugal titles. Additionally, he sealed three Supertaça Cândido de Oliveira titles as well as one in the UEFA Cup. He was also a part of the squad that won the Champions League in 2004, and was on the bench during the Final of the tournament, when Porto beat Monaco 3-0 in Gelsenkirchen, Germany.

Junior Hoilett’s stunning strike delivered Neil Warnock an early birthday present as his side came from behind to beat Wolves at the Cardiff City Stadium.

Despite a positive start by the hosts, it was the away side who edged in front from a corner. Bluebirds’ shot-stopper Neil Etheridge made a fine stop to deny Raúl Jiminéz’s bullet-header. However, he could do nothing about the rebound which fell to Matt Doherty, who hammered home into the roof of the net after 18 minutes.

The Bluebirds came agonisingly close from an equaliser ten minutes before the interval. The visitors failed to clear a City corner and the ball fell to Harry Arter on the edge of the box, but the Republic of Ireland international’s thunderous effort crashed against the post, and the home side went into the break behind.

City continued to dominate after the first period and deservedly drew level just after the hour mark. Arter continued to cause problems for the Wolves defence, his shot being put behind for a corner. From the resulting set-piece, the midfielder lofted the ball back into the box before the ball fell to Aron Gunnarsson, who acrobatically tucked away his first Premier League goal of the campaign.

With the Bluebirds growing in confidence, it was the home side who settled the contest 13 minutes from time in dramatic fashion. Hoilett collected the ball on the left-hand side of the edge of the box, before curling a spectacular shot beyond the reach of Rui Patrício in front of a jubilant home crowd.

Despite the visitors’ best efforts of ensuring they did not leave South Wales empty-handed, Neil Warnock’s side held firm to secure back-to-back top-flight home wins.

Former Bluebirds striker Jay Bothroyd has featured for both clubs during his career. The London-born player featured 60 times in all competitions for Wolves, scoring 13 goals. The 36-year-old signed for the Bluebirds in August 2008 and made over 130 appearances in a City shirt, scoring 45 times before departing the club.

Winger Nathaniel Mendez-Laing began his career at the Wolves Academy and made his professional debut for the club in a League Cup tie against Swindon Town in August 2009. The Birmingham-born winger signed for Peterborough United in the summer of 2012 and made 60 appearances for Posh in all competitions before departing the club at the end of their 2014-2015 season.

Nigerian international Seyi Olofinjana signed for the Bluebirds on loan during our 2010-2011 campaign. The 38-year-old ran out 42 times in all competitions for the club before returning to his parent club Hull City at the end of the season.

Another player who played on loan at the Bluebirds during our 2010-2011 campaign was Republic of Ireland international Andy Keogh. The 32-year-old played 18 times in all competitions for the Bluebirds, netting twice with both goals coming in injury-time.

Adam Le Fondre and Joe Mason are two additional strikers to have represented both sides. Le Fondre joined our West-Midlands counterparts on loan for the 2015-2016 campaign and made 30 appearances, whilst Mason ran out 39 times for our opponents, netting 7 goals in all competitions.