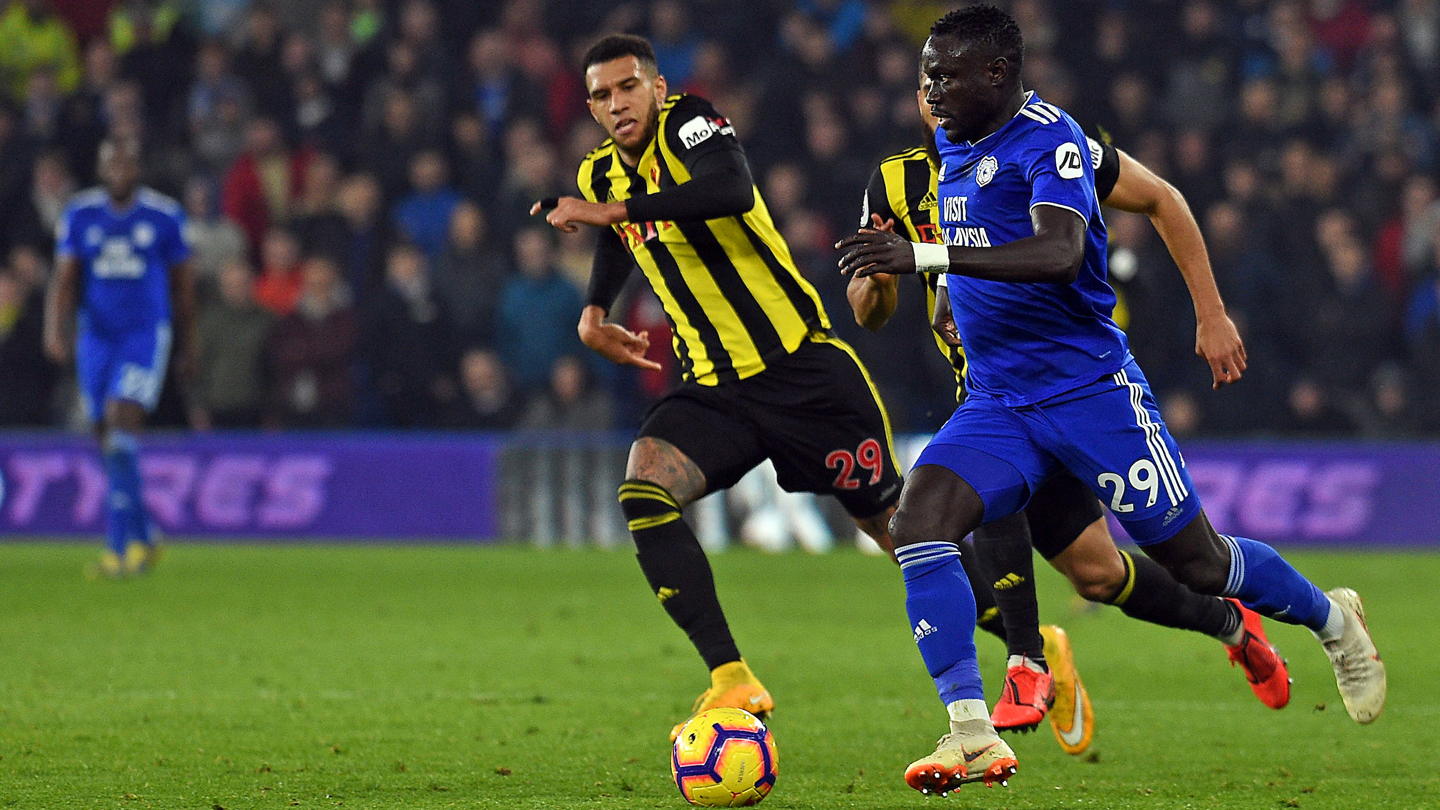 Match report for Cardiff City vs Watford on 22 Feb 19

City had the first clear chance when Callum Paterson's lobbed pass over the Hornets’ back line found Oumar Niasse, whose effort was saved by the onrushing Ben Foster.

However, Watford opened the scoring shortly afterwards, as Gerard Deulofeu found the corner of the net from the edge of the box.

Neil Etheridge was soon on hand to deny Troy Deeney, before Niasse countered swiftly to take the ball deep into the visitors’ half. He was cynically brought down outside the area, with Etienne Capoue going into the referee's book.

With minutes left before the interval, Josh Murphy raced into the box before Daryl Janmaat scythed him down from behind. With all at CCS expecting the referee to point to the spot, the Bluebirds clear penalty appeals were waved away.

City tried to take the game to the Hornets at the beginning of the second half, with Leandro Bacuna seeing a shot fly over, and the newly introduced Junior Hoilett almost connecting with Paterson's cross.

But the contest was soon killed off as Deulofeu netted twice in quick succession after the hour mark to complete a hat-trick.

Deulofeu turned provider for Deeney soon after, with the forward converting a fourth from close range.

The Bluebirds did get on the score-sheet with less than ten minutes remaining as Sol Bamba scrambled home his fourth Premier League goal of the season.

However, the visitors rounded the game off as Deeney netted his second in the first minute of added time.