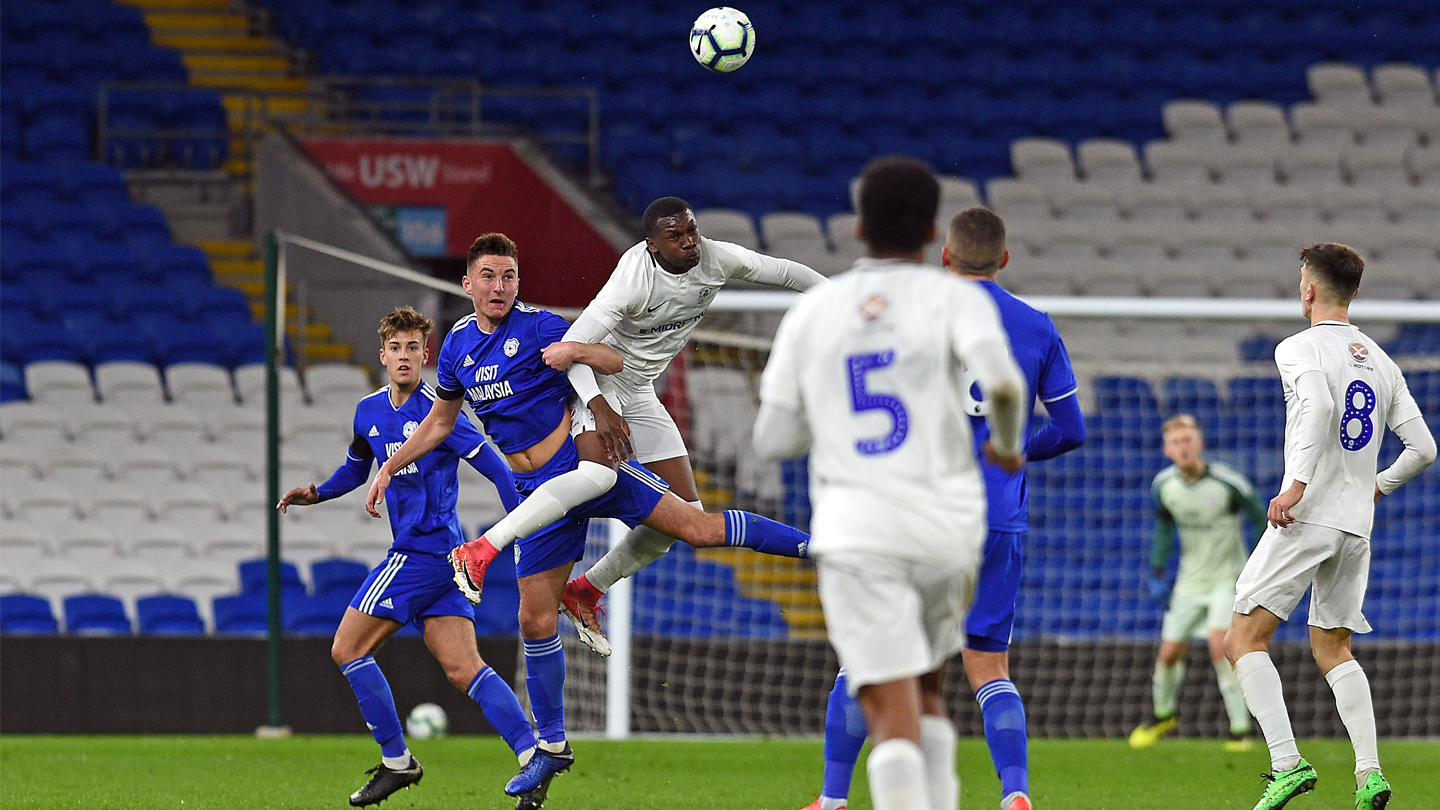 Cardiff City named five changes to the side that faced Bristol City last time out. First Team players Stuart O’Keefe, Rhys Healey and Loïc Damour were brought into the line-up alongside Matt Hall and Ryan Pryce.

Prior to kick-off, Coventry City players and staff laid a wreath at the Fred Keenor statue, before a minute’s silence was observed at Cardiff City Stadium.

It was a competitive opening affair which saw both sides have a relatively equal share of possession. However it was the away side who broke the deadlock with 11 minutes played. Reece Allassani was played through on goal before squeezing his low effort past Hall to make it 1-0.

The Bluebirds responded with a few quick-fire chances. This included a deflected 30 yard free-kick from Rhys Healey which was tipped onto the post by Corey Addai.

Despite their determined efforts to draw level, the hosts were dealt another blow when Allassani earned his second of the evening. The forward finished from close range following a swift counter move from the visitors.

Coventry City found their third goal of the match shortly before the half hour mark. Midfielder Charlie Wakefiled found space from 25 yards out and fired low into the bottom left corner of goal.

With 10 minutes remaining until the interval, defender Joel Bagan almost tallied his first goal at U23 level. The centre-half volleyed narrowly wide of the near post after connecting well to an in-swinging corner delivery.

In the second period, the Bluebirds started the better side and could’ve earned a goal back after 54 minutes. Healey saw a shot blocked from 10 yards before teeing up the rebound to the on-rushing Daniel Martin, who sliced his effort just wide of the near post.

The hosts deservedly pinned the visitors back when they got their goal through Ben Margetson. The unmarked centre-half hammered home from close range following a well-worked corner routine.

As the second half progressed Cardiff City found it difficult to apply a clinical touch despite a few chances which came there way. Substitute and debutant Danny Williams came close to setting up a goal in the final 10 minutes. However his low cross from the by-line deflected wide of Healey’s path.

As the game approached the final minute of normal time, Lloyd Humphries reduced the deficit with a strike to remember. The central midfielder superbly volleyed home from a tight angle at range to make it 2-3.

Full-time confirmed that Coventry City would leave with all three points. The Bluebirds will travel to face Millwall for their next PDL2 clash on Monday, 18th February 2019.