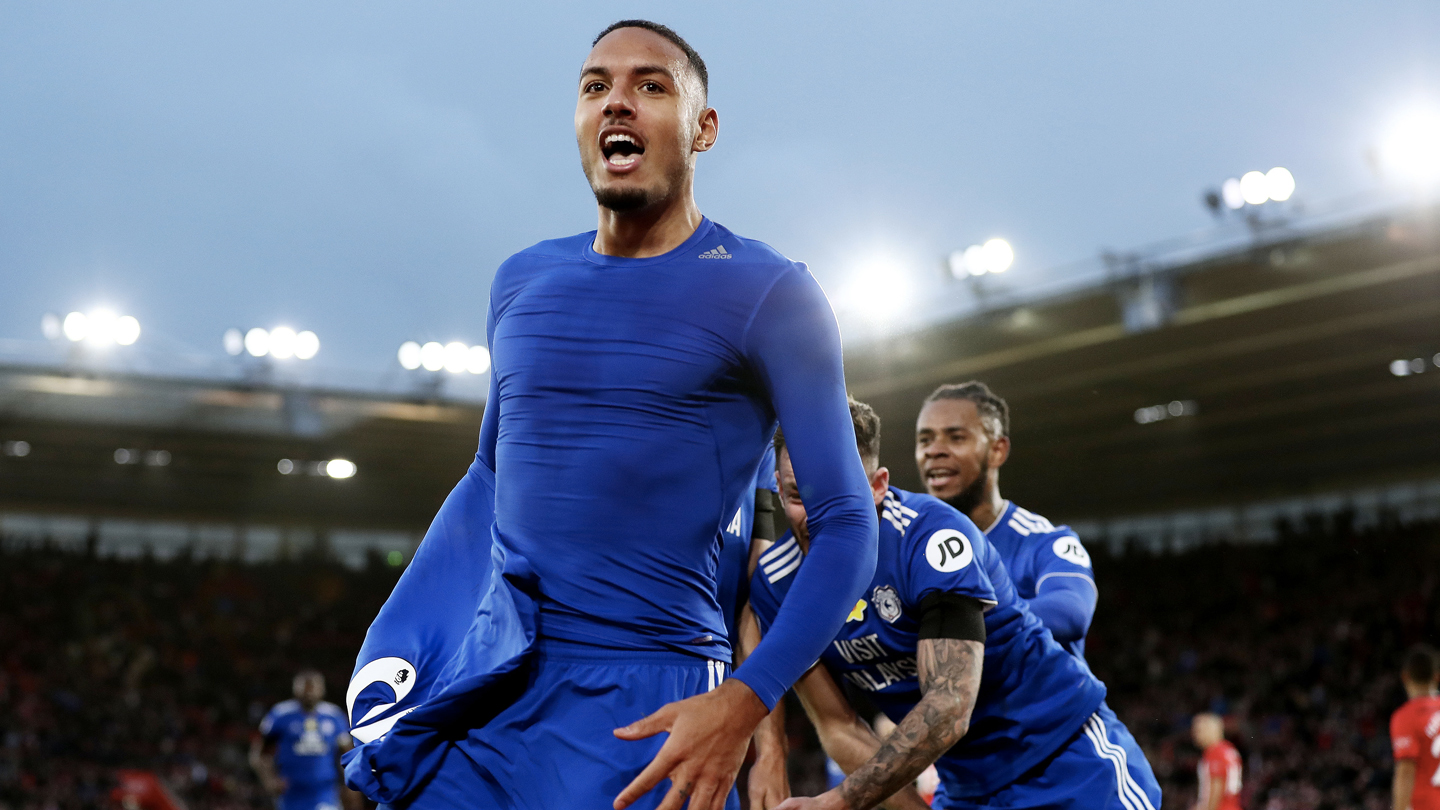 Zohore: We've got momentum behind us

Ahead of Cardiff City’s match against Watford on Friday night, Ken Zohore previewed the fixture as he reflected on the Bluebirds' recent form.

City’s last match saw them earn their second away win of the season at St Mary’s Stadium, where big Ken's 93rd minute winner sealed it in dramatic circumstances.

“It was very important to get the win away from home,” began Ken. “Southampton were above us in the league and the win swung it in our favour.

"I was relieved to score. For a striker, it's always the first goal that's the hardest one. I was glad to nick one in, especially in the last minute of the game. It felt so good.

"[Following the celebration] I had the response of: 'You'd better be back, if you're saying it like that!' It's a good opportunity for me to show that I really am.

"I know what I can bring, in top form. I haven't been there all season because of my injuries, but I knew I could get there again and score goals for the team."

The striker went on to share his thoughts on Friday’s opposition. Javi Gracia’s side are currently eighth in the Premier League table, having lost only one game in 2019.

“I think that Watford have been very good this season,” Ken continued. “They’re very technical, and they have played well.

“I think that we’re stronger this time around though [than in the reverse fixture]. We’re even more together now as a group - we know what we’ve got to do and we’ve done it well over the past couple of weeks.

“We've got momentum behind us with the results we've had, and hopefully we can take it on to Friday’s game.

“I always think that we play better at home, and we’ve had two wins on the bounce now. Hopefully we can make it three."