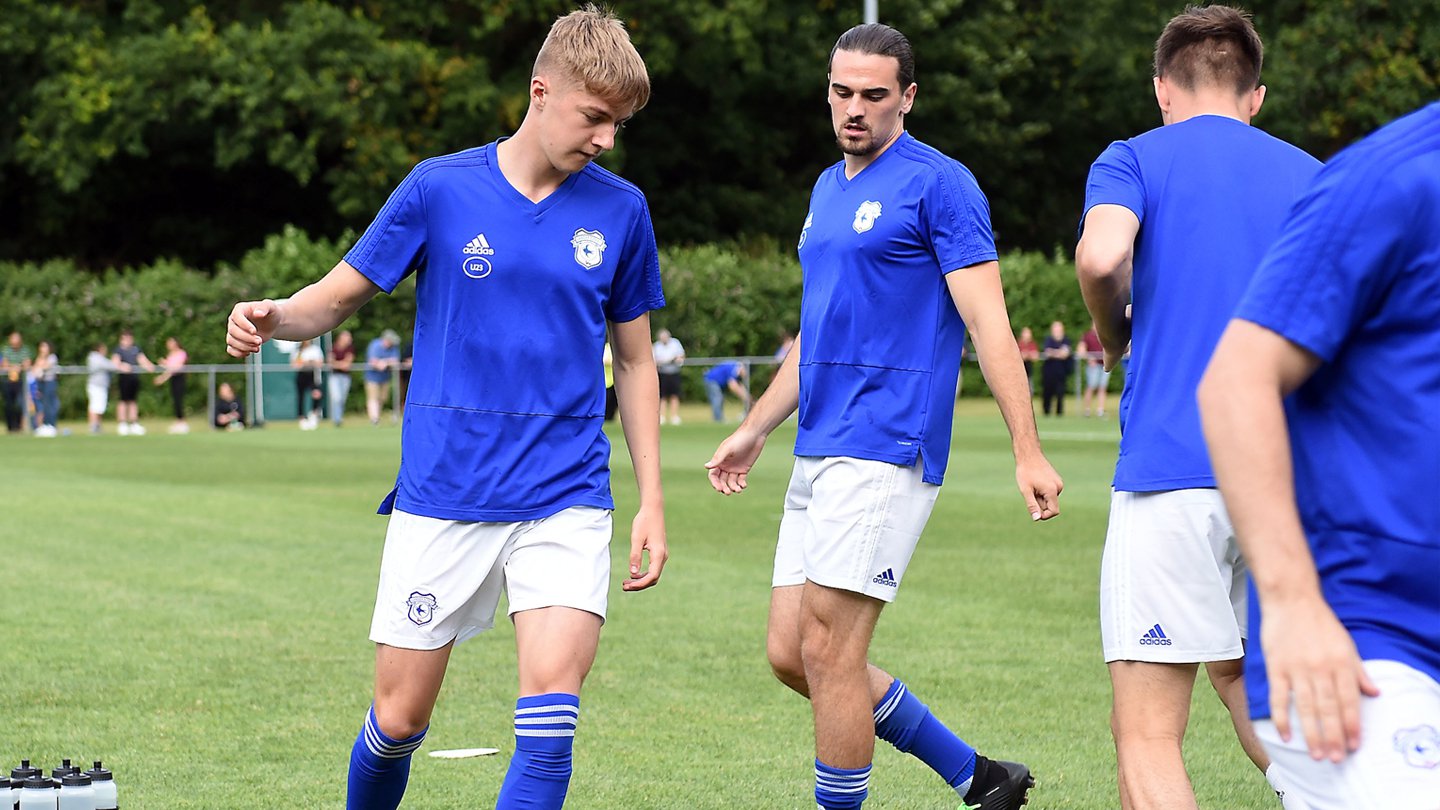 Cardiff City’s U23 side will continue their preparations for the coming campaign by playing Larkhall Athletic at Securitas Stadium on Friday, July 12th – 7:30pm kick-off.

For those wishing to attend, tickets will be available on the gate - subject to availability - at £5 for Adults and £3 for Concessions.

City commenced their pre-season fixtures on Friday, July 5th as a number of U23 players featured in a Bluebirds XI that defeated Taff’s Well 5-1 at Rhiw’r Ddar Stadium.

21-year-old Jake Evans and 19-year-old Laurence Wootton were joined on the scoresheet by U18 players Dan Griffiths, Ntazana Mayembe and Connor Davies.

Since then, the U23 squad have been training ahead of the Larks challenge, which is the next of their six remaining pre-season matches.

Larkhall Athletic Football Club was founded in 1914 and their home has always been at Plain Ham, Bath, which was turned into allotments during World War II. Following the end of the war, in 1951 the club regained access to the ground and have since developed it.

In 1962, they became Larkhall Sports Club as a cricket team was formed. Three years later a small clubhouse was erected at Plain Ham. In 1982 the club purchased adjoining land at Pow’s Field and it is now used by the club's Youth Section and Sunday Veterans team.

The club went on to complete the purchase of Plain Ham from the Bath and North East Somerset Local Authority in 2005, following financial support from members and the local community and in August 2018, a sponsorship deal with Securitas meant it would be known as the Securitas Stadium for the next three seasons.

They were promoted to the Southern League for the 2014/15 campaign and progressed to that season’s Play-Off Final, narrowly losing 3-2 to Stratford Town. At the end of the 2015/16 season they reached the Somerset FA Premier Cup Final for the first time in their history.

Last season, Larkhall finished 13th in the Southern League Division One South, departed the FA Cup in the Preliminary Round after losing 1-0 to Plymouth Parkway - who City face on their tour of Devon & Cornwall - and were knocked out of both the Southern League Challenge Cup and the Somerset FA Premier Cup at the first time of asking.

Cardiff-born Phil Bater was named Larkhall Athletic manager in January 2017, taking over from his son Geraint, who plays for the club at the age of 38.

It was Phil Bater’s first managerial job since departing Mangotsfield United in April 2012 - having previously managed Clevedon Town - and was caretaker manager at Bristol Rovers twice, where he had also coached and begun his professional playing career.

The now 63-year-old is also a former Cardiff City player and joined in 1987 after a year with Brentford, before becoming a member of the Bluebirds squad that was promoted to the Football League Third Division and won the Welsh Cup in 1987/88.

He made over 75 appearances during his two years at City as a defender.