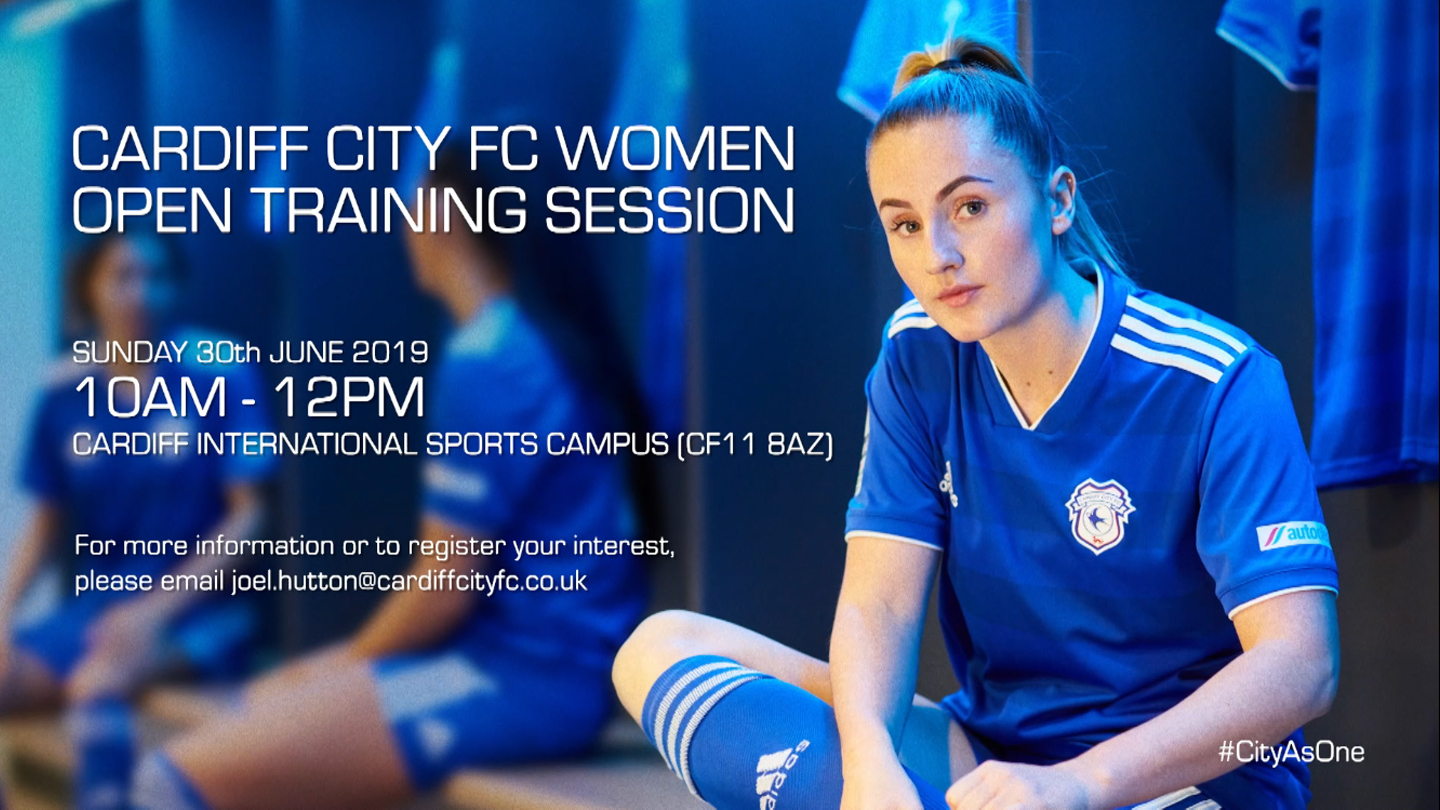 Cardiff City FC Women are hosting an Open Training Session at Cardiff International Sports Campus on Sunday, June 30th from 10am-12pm as they search for potential new players ahead of the 2019/20 season.

The Bluebirds concluded the 2018/19 Welsh Premier Women’s League in third place - two spots higher than in the previous campaign - and aim to go even better in the upcoming season, with UEFA Women’s Champions League qualification in their sights.

Head Coach Iain Darbyshire is relishing the challenge ahead and revealed what he expects to gain from the Open Training Session, with great interest having already been shown.

“We’ve had quite a lot of interest in the trials, which is always good," began Iain. "It’s a way of seeing what’s out there - if players want to change clubs or if young players want to come to our club, it’s an offering from us to them.

“Every season we want to improve. We did well last year and want to build on that to challenge as much as we can.

“We’re a big club and want to be there competing for titles and cups, but we’re aware that we’ve got to progress to achieve that. We’ll do that through hard work in pre-season and build it up throughout the season.

“We’re not too far off the level we need to be at to challenge for trophies. We have a clear plan in our head about how we want to get there, so hopefully we can push on.”

Excitement in the camp is already building ahead of the new season and Iain highlighted the team developing each season as key to why supporters should be looking forward to City’s 2019/20 campaign.

“I think everyone should be excited,” he continued. “I’m excited, can’t wait for the season to start and I’m sure the players are the exact same.

“We’re progressing again, which is great for the club and good for women’s football in Wales. Everything’s getting better and improving year-by-year, so I think there are exciting times ahead.”

To register your interest in our Open Training Session, email joel.hutton@cardiffcityfc.co.uk.

Keep up-to-date with all the most recent news via our official Women’s Twitter and Instagram accounts, @CardiffCityFCW!