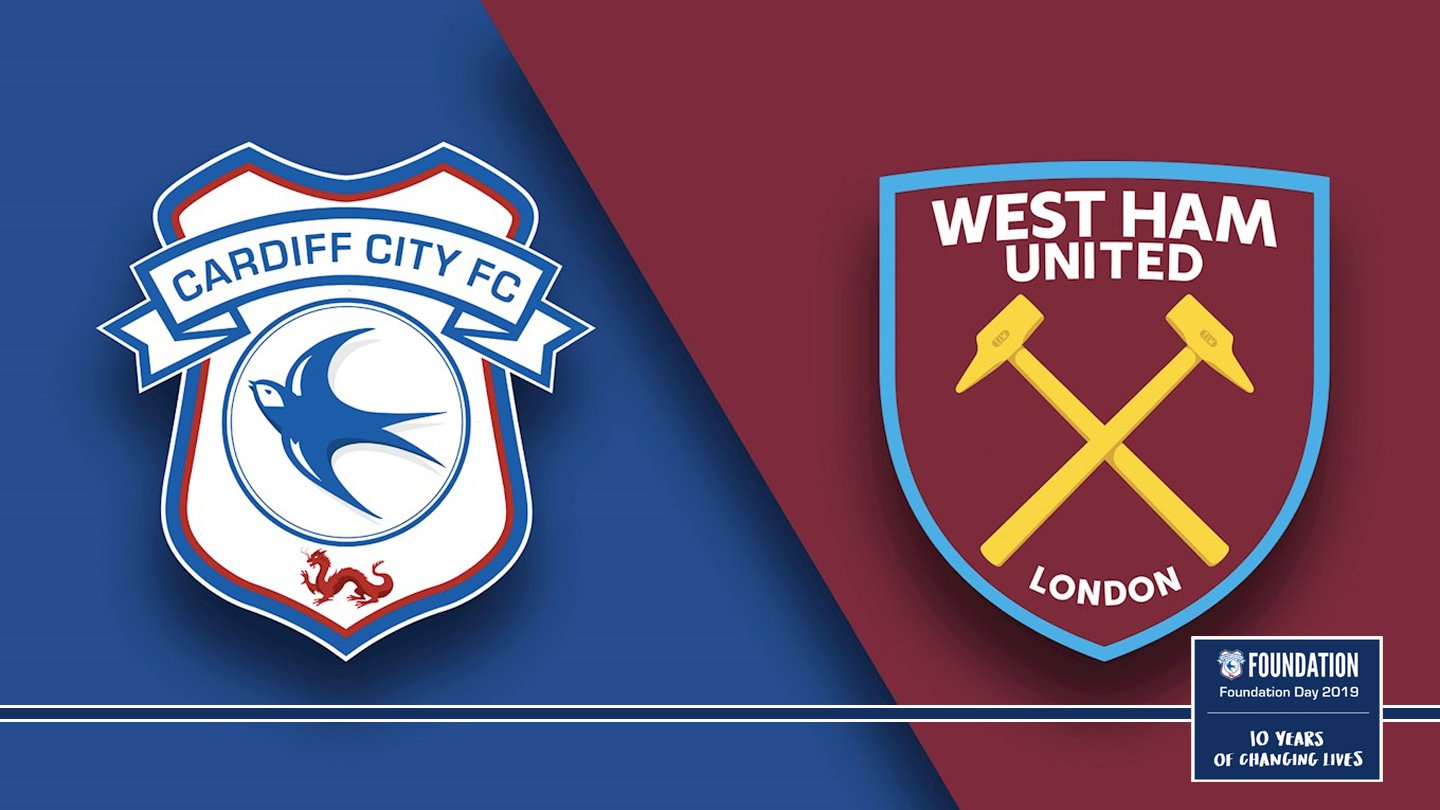 The Bluebirds host the Hammers at CCS on Saturday...

Please note before travelling on Saturday: No GWR trains will be able to operate on Saturday 9th or Sunday 10th of March west of Cardiff Central towards Swansea/Carmarthen because of signalling work in the Neath area by Network Rail.

The Hammers arrive in South Wales following a comfortable 2-0 win over Newcastle United at the London Stadium last Saturday – recording a league double over the Magpies for the first time since the 1998-1999 season. Our opponents’ recent triumph extended their unbeaten run at home to five Premier League matches.

Summer signing Felipe Anderson is the club’s top goalscorer this campaign having netted 9 goals in all competitions since the Brazilian’s arrival from Italian Serie A outfit Lazio in the summer.

Manuel Pellegrini became the Hammers’ boss in the summer following the departure of David Moyes. Since his arrival, the Chilean has guided our east London counterparts to ninth position in the Premier League standings – winning 14 of his 34 matches in all competitions this season.

His first managerial appointment in England came at Premier League champions Manchester City in the summer of 2013, as the 65 year-old became the first Chilean to manage in the Premier League. During his first season as boss, he secured two pieces of silverware for the Citizens - the Premier League title and the League Cup. In his third and final season he won the League Cup for a second time when his side defeated Liverpool at Wembley Stadium in a penalty shoot-out in March 2016.

Prior to his playing days, the Chilean made over 450 appearances as a centre-back for his native club Universidad de Chile, and scored seven times during his 13 year spell in the side.

Kenny Miller’s injury-time winner got the Bluebirds’ 2011-2012 campaign off to the perfect start with a 1-0 away win at Upton Park, condemning Sam Allardyce to defeat in his first game in charge.

The Hammers, who began life in the Championship following relegation from the top-flight, almost edged in front in the opening stages through Frederic Piquionne. However, the striker’s low drive was smartly stopped by David Marshall.

It was the visitors who carved out the next opportunity of the contest through Don Cowie, with the Scotsman’s glancing header being palmed away by the Hammers shot-stopper Rob Green.

The Bluebirds finished the first period the stronger of the two and almost went into half-time with their heads in front. Peter Whittingham’s delightful free-kick forced Green into action, tipping away to safety to keep the score-line at bay.

Despite the Hammers' best efforts of trying to break the Bluebirds’ resolve, the away side put their bodies on the line in the second period and later were rewarded for their brave defensive display.

As the contest entered the dying stages, it was Miller who sealed all three points in injury-time. Rudy Gestede dragged the ball back to the striker, who swivelled on the turn and planted his shot into the net.

The Bluebirds' opening day victory of the 2011-2012 season ended a run without victory at Upton Park for over 60 years.