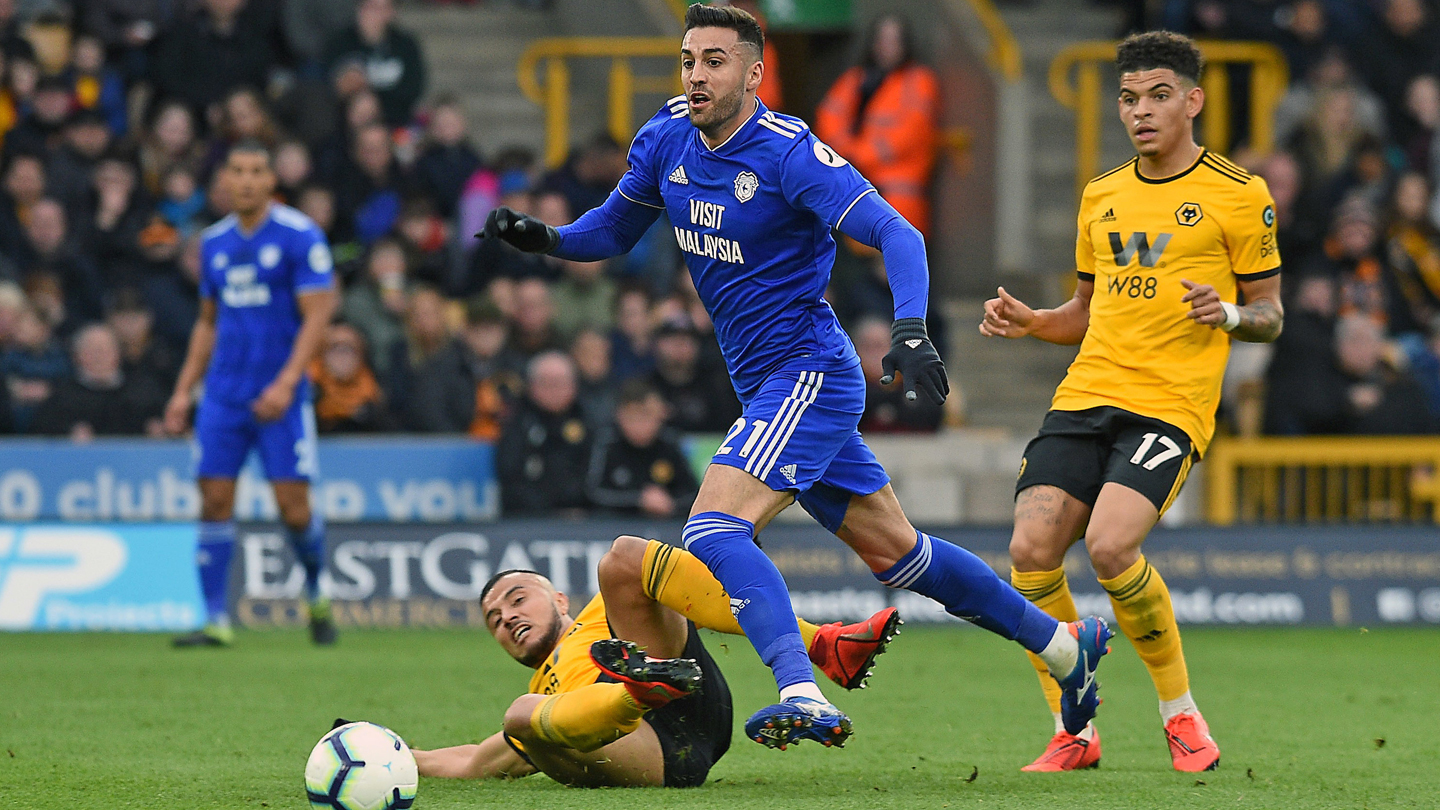 The Bluebirds controlled the opening exchanges of this clash - enjoying plenty of possession and showing a real driving force. John Ruddy was called into action after six minutes to deny Aron Gunnarsson - with the former England international gathering at the second attempt.

Despite this dominance, City were delivered a sucker punch after 16 minutes. A swift counter attack from the dangerous hosts caught the Bluebirds back line out, with Diogo Jota showing his clinical side in firing Nuno’s side into the lead from 10-yards after a fine team move.

Warnock’s men barely had time to settle before a further set-back came. Defender Sol Bamba was caught in possession in his own half less than two minutes after the restart - and he was punished for this rare error. Wolves’ top goal-scorer Raúl Jiménez, on loan from Benfica, exchanged passes with Jota, before placing the ball into the back of the net at close range.

The home side used this quick double to take a hold of the match, and nearly added a third on 33 minutes, through Leander Dendoncker. The Belgian international hit the post with his first effort from a corner kick before Neil Etheridge performed a remarkable save to keep out the follow up.

Cardiff City defender Bamba was forced off just before the break after a collision with Adama on half-way. The Ivorian brought down the nippy winger, but came out of the challenge worse off. A stretcher was required, with Bruno Ecuele Manga replacing him.

The hosts will have felt extremely fortunate to go in at the break with all 11-men on the pitch. Defender Ryan Bennett, who was earlier booked for a foul on Bobby Decordova-Reid, cynically fouled Joe Bennett on the left side four minutes into added time. Andre Marriner showed a large amount of leniency not to show a second yellow card following this challenge. From the resulting free-kick, Gunnarsson went close on the volley.

Both sides tried to score what could have been a game changing third goal early in the second half, but the opposing defences stood strong. Philippines No.1 Etheridge was called into action again after 64 minutes, saving from left-wing back Rúben Vinagre.

Etheridge’s fine form between the sticks has been a huge positive for the Bluebirds throughout the campaign - and he displayed his outstanding shot stopping abilities on 74 minutes. The dangerous Jiménez was played in on goal by substitute Matt Doherty. The Mexican international showed great footwork to evade City’s defence, but he couldn’t find a way past Etheridge for a second time - the goalkeeper somehow tipping the ball around the post from five-yards.

City’s best chance of the game came deep into added time, as captain Morrison rose highest to direct Joe Ralls’ corner towards goal, only to see the header cleared off the goal line.