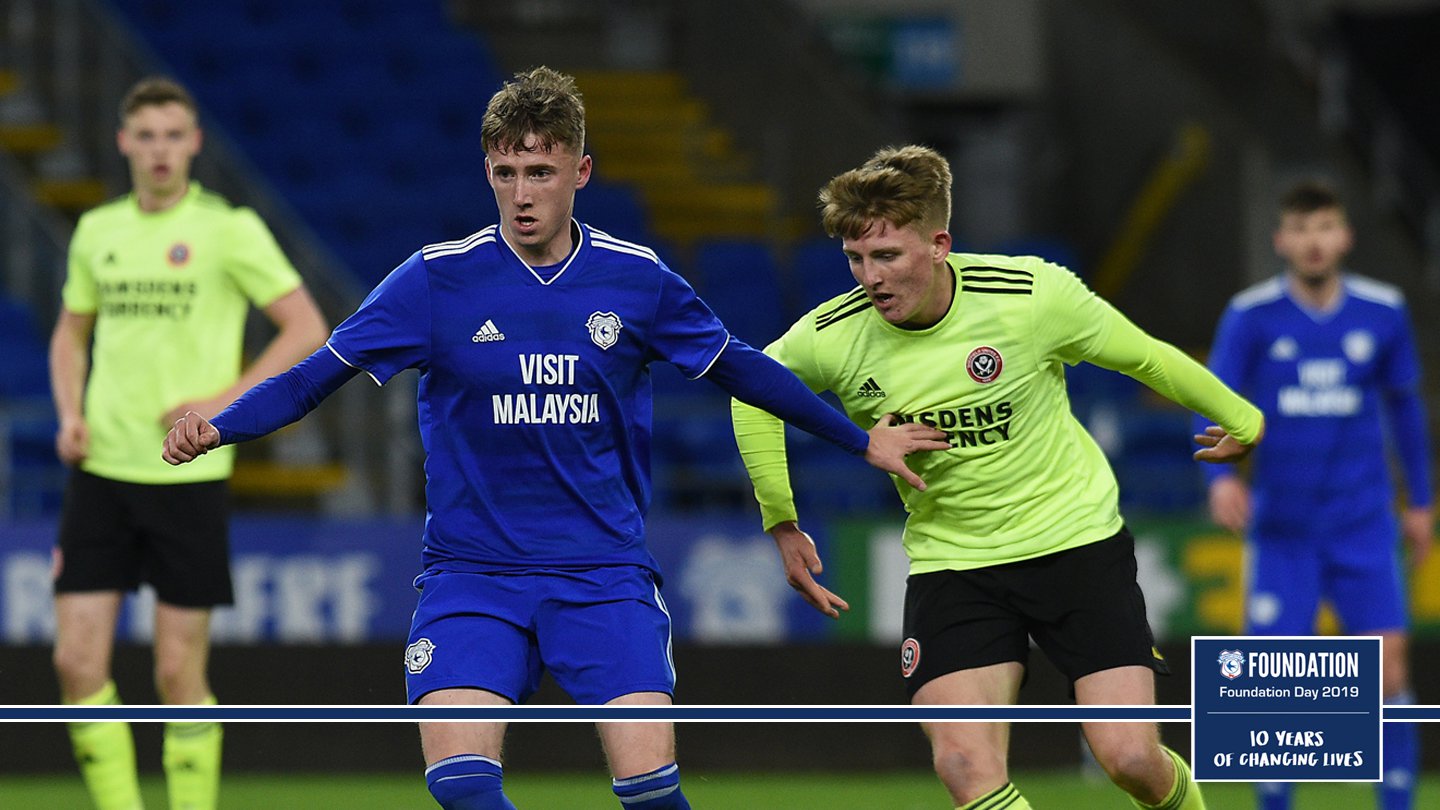 Cardiff City's U23 side stretched their unbeaten run to three games as they drew 1-1 with Sheffield United at CCS.

The visitors began on the front foot with a majority share of possession at Cardiff City Stadium. Travis Binnion’s side looked likely to take the lead shortly after the opening 10 minutes if not for a miraculous block by Ryan Hanson to deny Daniel Bramall from close range.

City responded a minute later when they almost broke the deadlock from a swift counter move. Former MK Dons striker Healey skilfully dribbled past several opponents before surging into the penalty area. The 24 year-old then saw his curled left-footed drive saved by ‘keeper Jordan Amissah.

As the hosts grew in confidence they didn’t take long to open the scoring, with just under half an hour played. Healey expertly latched onto a long-ball before racing forward and clinically shooting across goal to find the far corner from an acute angle.

The Bluebirds almost doubled their lead through Ryan Pryce after 37 minutes. The full-back took aim from 30 yards but his powerful strike struck the woodwork.

There was an equal showing from both sides at the commencement of the second half. However City almost had their lead extended on the hour mark. Substitute Sam Parsons picked out Healey just outside the area with a pinpoint pass, but the forward saw his low shot saved by Amissah.
Sheffield United pressed for an equaliser as the game approached the final quarter. Harry Boyes looked to test Smithies from distance but his thunderous strike flew just over.

With less than seven minutes remaining the visitors did level the match. A deflected effort by Simeon Oure creeped into the near post to make it one goal apiece.

City pushed for a second goal in the final stages but were denied three wins on the trot by the full-time whistle.