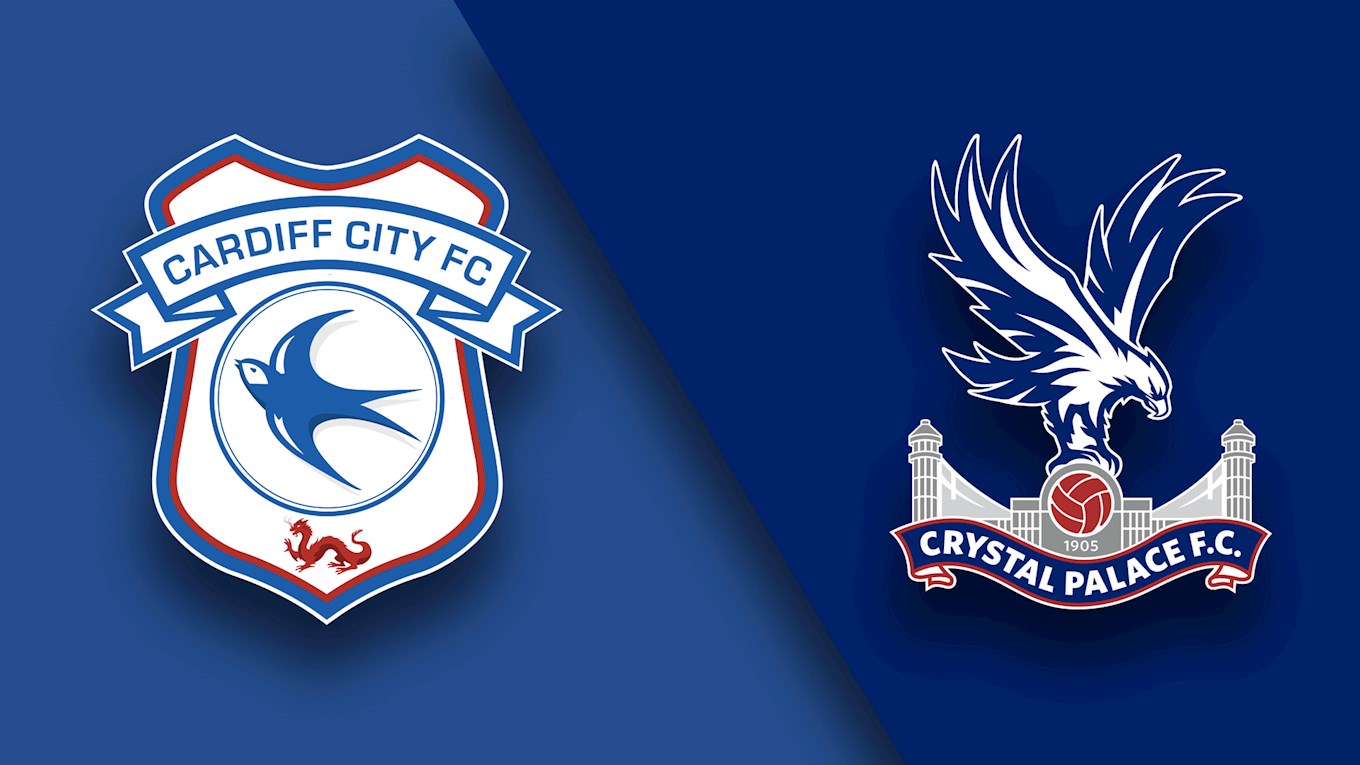 The Bluebirds face Crystal Palace at CCS this Saturday for our final Premier League home fixture of 2018/19 season...

The Eagles travel to South Wales in 12th position in the Premier League standings and have accumulated 43 points this campaign. Our counterparts most recent encounter ended in a goalless stalemate at Selhurst Park against Marco Silva’s Everton – stretching their run to nine Premier League meetings without a win against the Toffees.

Crystal Palace’s captain Luka Milivojević is the Eagles’ top goal scorer this campaign having scored 12 goals in all competitions – three goals ahead of Wilfried Zaha.

Former England boss Roy Hodgson joined the Eagles back in September 2017, following the departure of Frank de Boer who secured only one win from his opening five matches at the club. The Croydon-born manager sealed an 11th place finish during last season’s campaign, after taking charge of the club when they were placed at the foot of the table. Hodgson boasts a wealth of experience in the dugout and has managed over 700 matches in his managerial career.

Prior to his current stint at the Eagles, the 71-year-old managed several sides in England including Blackburn Rovers, Fulham, Liverpool and West Bromwich Albion before he was appointed England boss in May 2012. Additionally, when he managed Copenhagen the club won the Danish Superliga title during their 2000-2001 campaign alongside the Danish Super Cup the same season.

The Bluebirds hit the ground running at CCS and levelled the aggregate score after just seven minutes played. Darcy Blake fed Don Cowie down the right-flank, who whipped a dangerous cross into the box, which saw the Scotsman’s cross bundled into his own net by Anthony Gardner.

The home side went on to dominate the second-leg. Peter Whittingham, Anthony Gerrard, Kenny Miller, Filip Kiss and Aron Gunnarsson all went close - but the game went all the way to penalties.

Former Rangers forward Miller blazed the Bluebirds’ first penalty over, but Heaton got the home side back on track after denying Jermaine Easter and Sean Scannell. Craig Conway converted the second spot-kick and Gestede and Whittingham both kept their cool to steer the Bluebirds into a 3-1 lead. Jonathan Parr stepped up knowing he had to score to keep the Eagles in the tie, but he fired wide of the target which sent the Bluebirds to Wembley, sparking jubilant celebrations.

Eagles starlet Wilfried Zaha signed for the Bluebirds on-loan during our 2013-2014 Premier League campaign. The 26-year-old joined the Bluebirds from Manchester United after he failed to secure a regular first-team place at the Red Devils and whilst at the Bluebirds made 12 Premier League appearances. The Ivorian-born forward has run out 321 times for our opponents in all competitions during two stints, netting a combined total of 52 goals.

Former Bluebirds midfielder Joe Ledley netted six times for our Croydon-based opposition during 97 appearances. The Welsh international joined our counterparts in January 2014 after he departed Scottish Premiership outfit Celtic. The Cardiff-born midfielder began his career at the Bluebirds and represented the club 256 times in all competitions, scoring 30 times. Danny Gabbidon put pen-to-paper to a deal with the Bluebirds in September 2000. The Cwmbran-born defender ran out 219 times for City before joining West Ham United in the summer of 2005. Six years later, he signed for the Eagles and went on to make 35 appearances for the club.

Huddersfield-born Cameron Jerome made 28 Crystal Palace Premier League appearances during their 2013-2014 season whilst on-loan from Stoke City. The 32-year-old made his debut for the Bluebirds in October 2004 and featured 79 times for the club during his spell in South Wales.