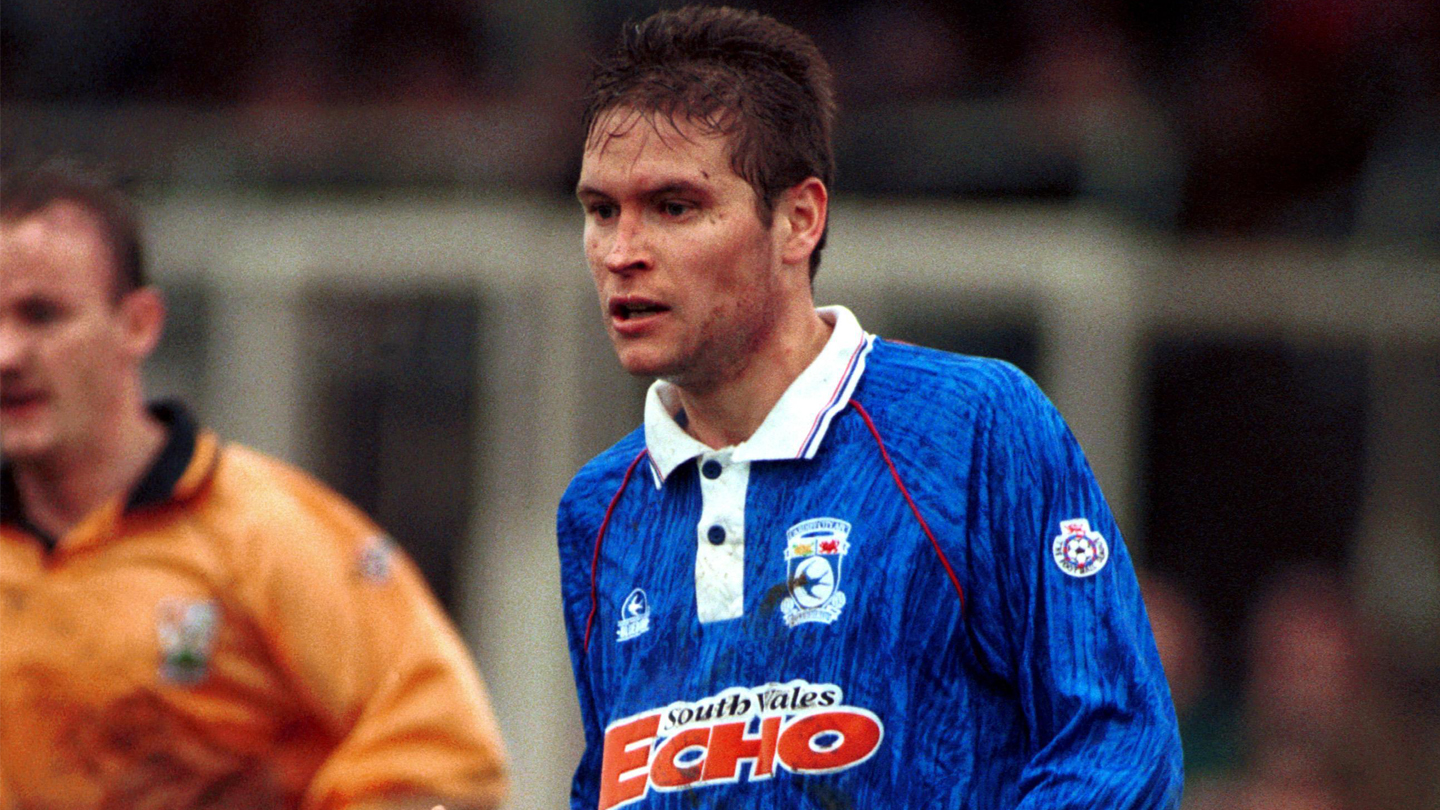 Recounting the career of the Bluebird who helped City to their first league promotion of the 1990s...

Born in 1968 in Dublin, Derek Brazil signed for Manchester United as a youth player in 1986, at the age of 17. The club at the time was under the management of Ron Atkinson, who had been in charge since 1981. Several clubs had been looking to sign the young defender, including Chelsea and Manchester City. Looking back at his unique introduction to the Manchester United side that he eventuallly signed for, Derek recalled:

“I played in a friendly which the club had arranged between the Irish U18s and the first team. I was marking [former Manchester United forward] Frank Stapleton and he scored a hat-trick so I was quite disappointed, but Ron Atkinson told me they wanted to sign me on a three and a half year deal and I couldn’t believe it. He told me I’d played really well because Frank could have scored ten but I’d made so many tackles.”

Sir Alex Ferguson was appointed as manager later that year, famously staying in the position until 2013. Brazil spent just under six years at Old Trafford, during which time the young defender made two First Division appearances, including a debut against Everton on May 10th, 1989.

Derek joined the Bluebirds aged 23 in August 1992, coming into a side that was then managed by Eddie May. On leaving the club where he had properly begun his career and moving to Ninian Park, Derek added:

“I was told that Cardiff City were interested, and asked if I wanted to go on loan there. I went down there, basically because I wanted to play first team football.

“I didn’t know much about Cardiff at the time, but Eddie May told me that they’d start me with a month on loan at the club.

“I was taken in by the place immediately, and Eddie in particular sold it to me. I turned down some other clubs to go on loan to, like Wrexham and Reading, but it was Cardiff where I thought I should go, and it worked out quite well.

"I was there for two weeks and Rick Wright [then the club's Financial Controller] said 'look, we want to make it permanent.' which was good!"

Eddie May managed Cardiff City from 1991-94, and again in 1995. Derek fondly remembers his former manager fondly, and in particular the strong squad that he had built before Brazil had joined:

“It was great, Eddie had brought in players like Carl Dale, Paul Millar and Nick Richardson, and there was already a bunch of young lads there like Damon Searle and Jason Perry. We didn’t have a big squad, there were only about 14 of us, which when you look at squads today of about 25 players is ridiculous. To go through that league, which was a tough league, but the support that we had both home and away was fantastic."

During his first season in South Wales, City enjoyed the league success that came by winning promotion to Division Two, as well as the 1993 Welsh Cup. Brazil made 48 appearances in all competitions for the Bluebirds throughout the season, including both legs of the first round in the European Cup Winners’ Cup, played against Austrian club FC Admira Wacker, now known as FC Admira Wacker Mödling.

City ended the 1992/93 season at the top of the league table, and earned promotion alongside Wrexham, Barnet and York City, additionally winning the 1993 Welsh Cup in a 5-0 victory over Rhyl at Cardiff Arms Park. Reflecting on his first season at Ninian Park, Derek said:

“If you look back at the matches that we played that year, we scored a lot of goals late on to win the game, particularly away from home. Eddie was a fierce man, and he’d instill that into us in training. It was just like playing a match, the same level of intensity.

“Being a part of the squad at that time, it was like a big family. We were a big group of lads who would go out together, if we had a night out everybody would be out.

“The Welsh Cup was fantastic as well, beating Rhyl 5-0, so I had a great first season at the club!”

Brazil was again a key part of City’s squad the following year as the Club maintained their spot in the third tier. Brazil was almost ever-present throughout the season. The club again competed in the European Cup Winners Cup, getting knocked out in the first round by Belgian side Standard Liège. These fixtures (image below) would prove to be City's last appearance in the European Cup Winners Cup, as it was absorbed into the UEFA Super Cup - now known as the Europa League - in 1999.

Brazil left Cardiff City for Newport County in 1996 at the age of 27, having spent four years playing for the Bluebirds. During his time at Ninian Park, Derek made a total of 141 appearances in all competitions, including 115 league appearances for City, scoring once.

Between 1996-2000, Brazil went on to play over 100 times in total for not only Newport County but later Inter Cardiff and Haverfordwest County, the latter of which he also went on to manage for a stint between 2006-2010.

The former City and United man is still involved with the Bluebirds to this day, hosting in our hospitality suite - the Captain's Lounge - on matchdays at CCS!