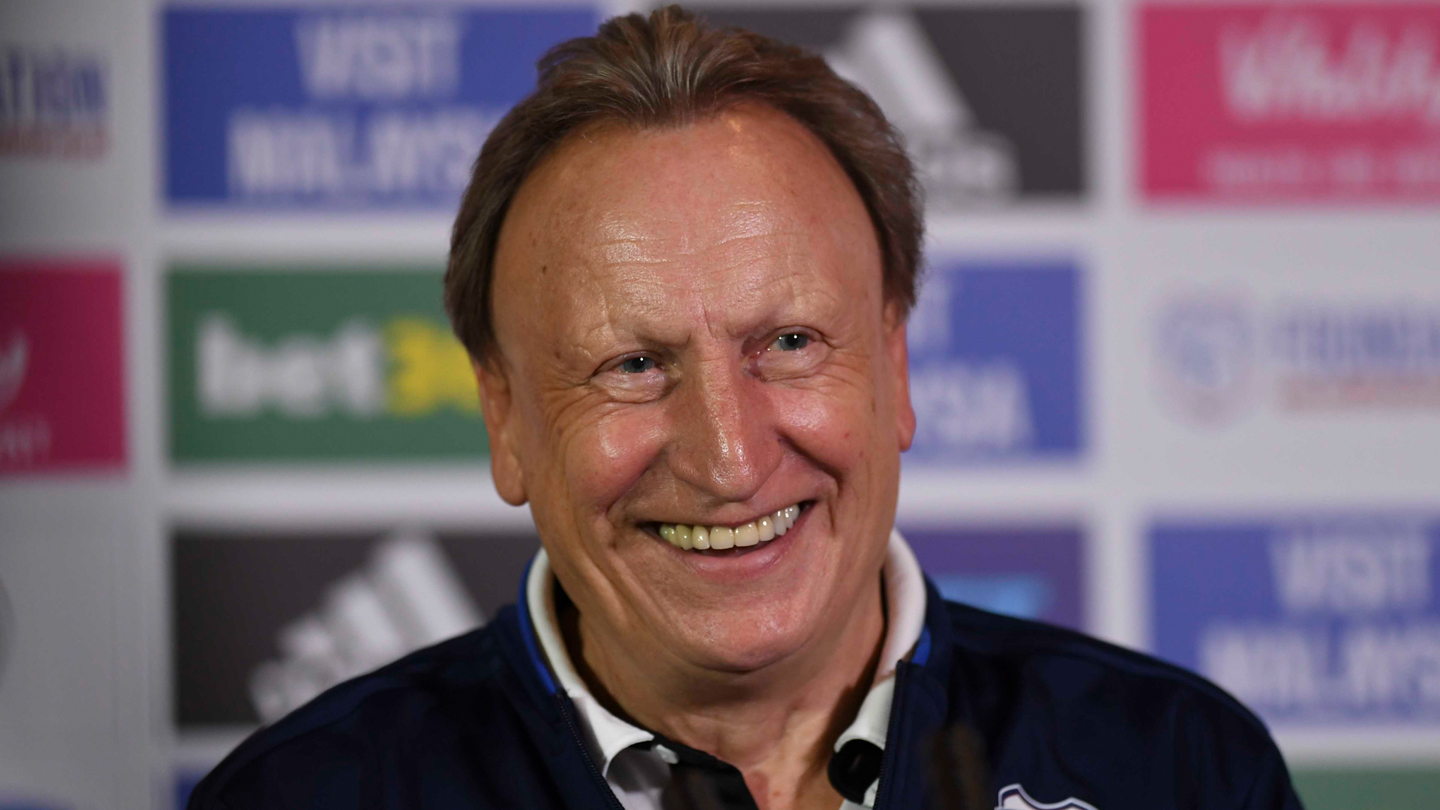 Warnock: The fans have helped everybody this season

It is the Bluebirds’ final match of the Premier League season and the Gaffer began by anticipating the trip to Old Trafford.

“What better place to have your final Premier League game of the season than the theatre of dreams,” began Neil. “It's always got a special atmosphere.

“I know they're [Manchester United] in a difficult period now, but that's just the ups and downs in football. It might take another 10-15 years to come back, that’s the way football goes, but I'm sure they will."

The Gaffer went on to praise the supporters and Club as a whole for their backing of the team, as he looked ahead, beyond the end of the season.

"I think we've arrived as a football club this year," he continued. "The place is buzzing. It's the capital of Wales and a wonderful city. I think the boys have helped to put on the map even further.

"We've had full houses this season and I think we'll have decent crowds next year too. You see so many kids with their grandparents now as well, and you need that next generation. It's a football club as one now.

"The fans have helped everybody and I've never known a set of supporters so understanding of where we are and that's why hopefully, with a couple of quality additions, the Club go from strength to strength from next season.”