Following the fixture release of the 2021/22 Sky Bet Championship season, we take a look at some of the most highly anticipated matches that the Bluebirds are set to play in... 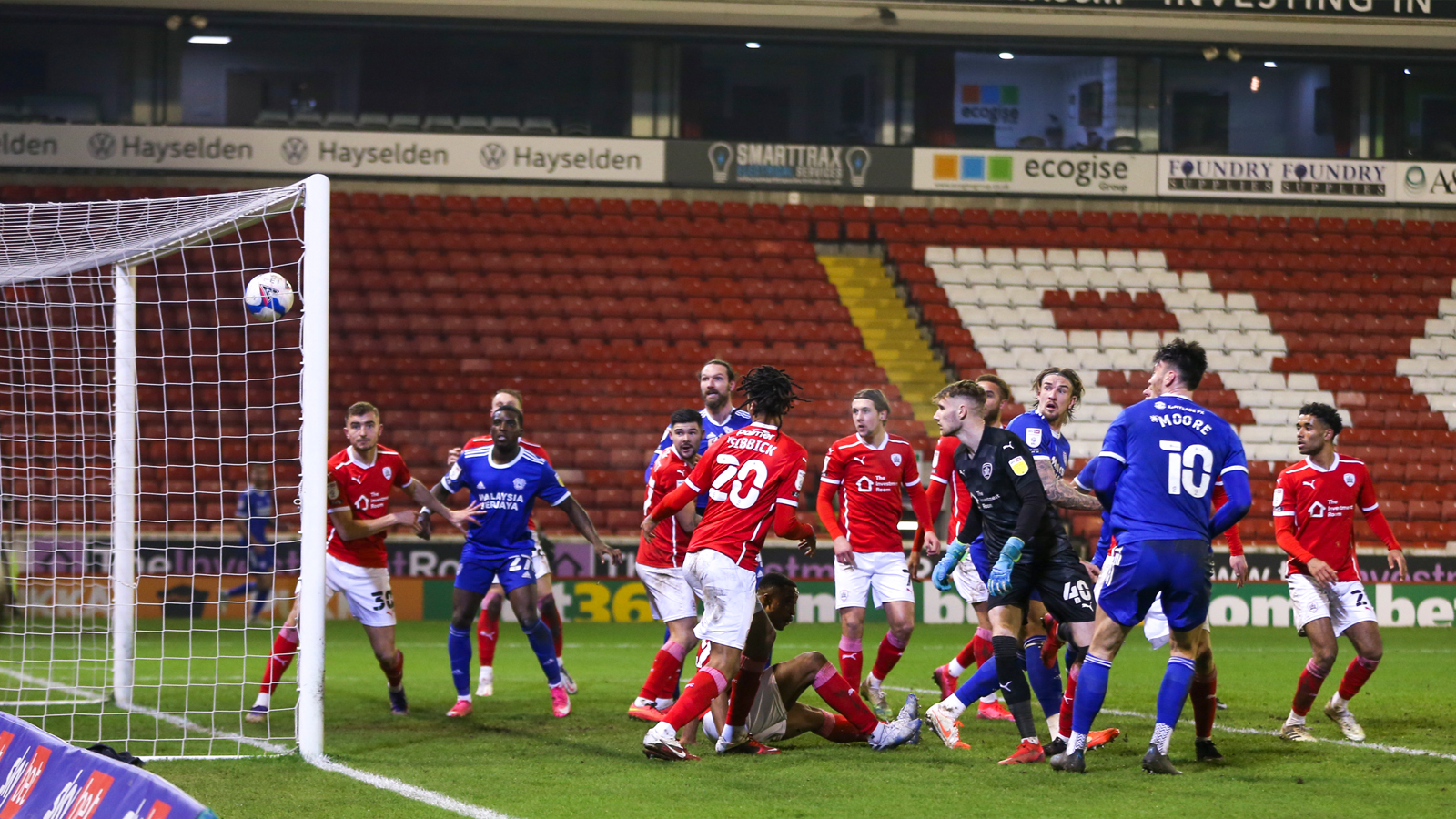 Kicking off the new campaign

Cardiff City will begin the new campaign by hosting Barnsley on Saturday, August 7th. The Bluebirds last drew 2-2 against the Tykes when the two sides met in January, with City coming from 2-0 down to earn an away point in Mick McCarthy's first match in charge of the Club.

With Barnsley finishing in fifth place last season with 78 points earned, the first match of our new campaign promises an early challenge for the Bluebirds at CCS.

A visit to play newly-promoted Blackpool follows for City on Saturday, August 14th. Having won the League One Play-Off Final 2-1 against Lincoln City at the end of last season, Neil Critchley's men have now returned to the Championship following a six year absence from the second tier, with City not having visited Bloomfield Road since October 2014. 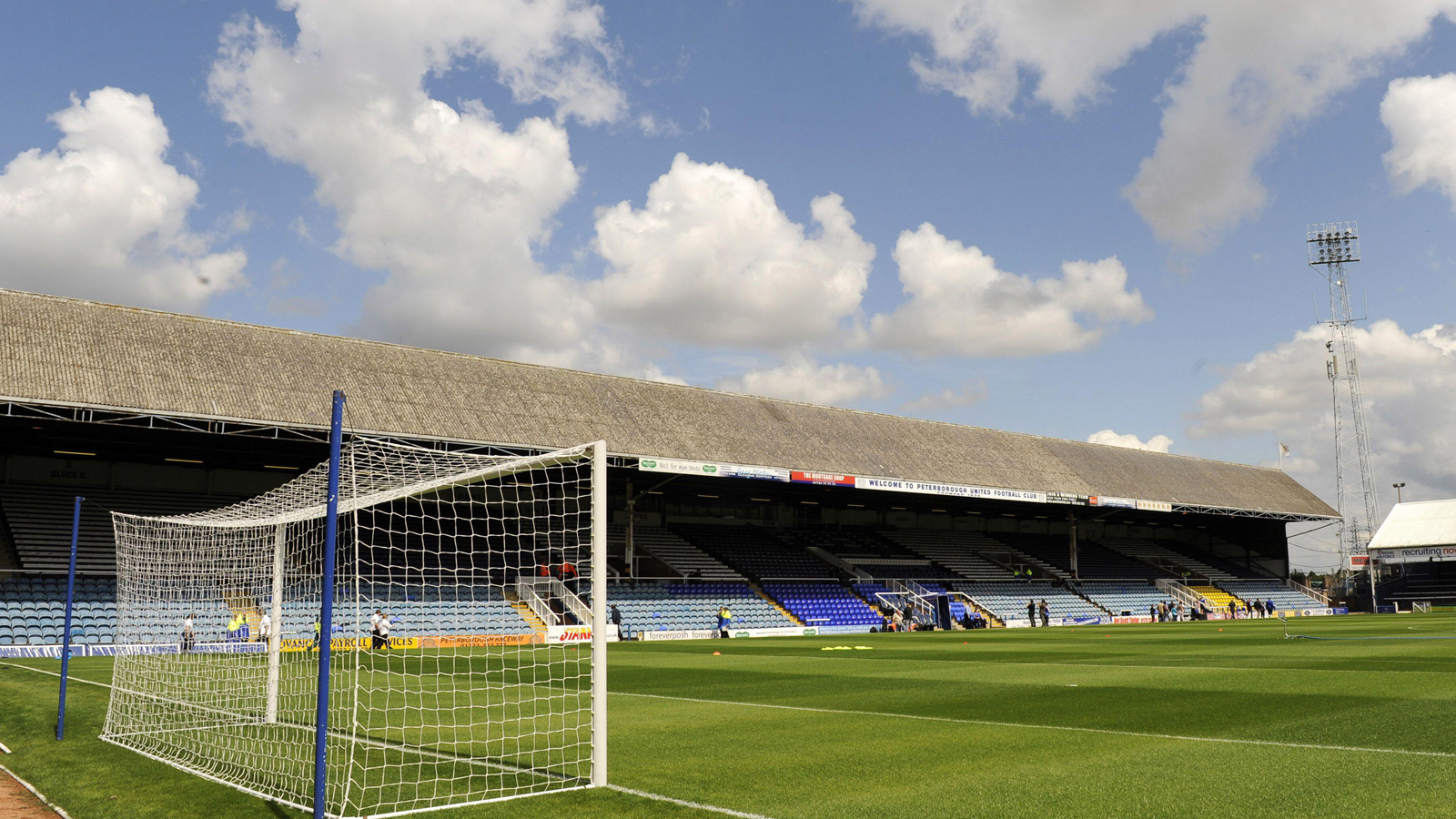 Old faces return to the division

Also returning to the Sky Bet Championship this season is Peterborough United, who clinched automatic promotion in second place in League One at the end of last season. The Bluebirds will travel to the Weston Homes Stadium in only their third match of the new league campaign, on August 17th.

Having not played at the ground since 2013, City will later welcome The Posh to Cardiff City Stadium on February 8th, 2022, no doubt hoping to emulate when the Bluebirds last defeated Peterborough at the ground in a 3-1 victory nearly ten years prior on February 14th, 2012.

Among the teams returning to the Sky Bet Championship from the Premier League this season is Sheffield United, who were relegated following the end of their second year in the top flight.

Last meeting in City's 2017/18 promotion season, on December 4th the Blades will return to CCS for the first time since their 2-0 defeat at our home ground on August 15th, 2017. Towards the end of the season, on April 23rd the Bluebirds will make the trip to Bramall Lane, a stadium that City last won at in 2009, when Peter Whittingham scored a famous hat-trick in a 4-3 victory. 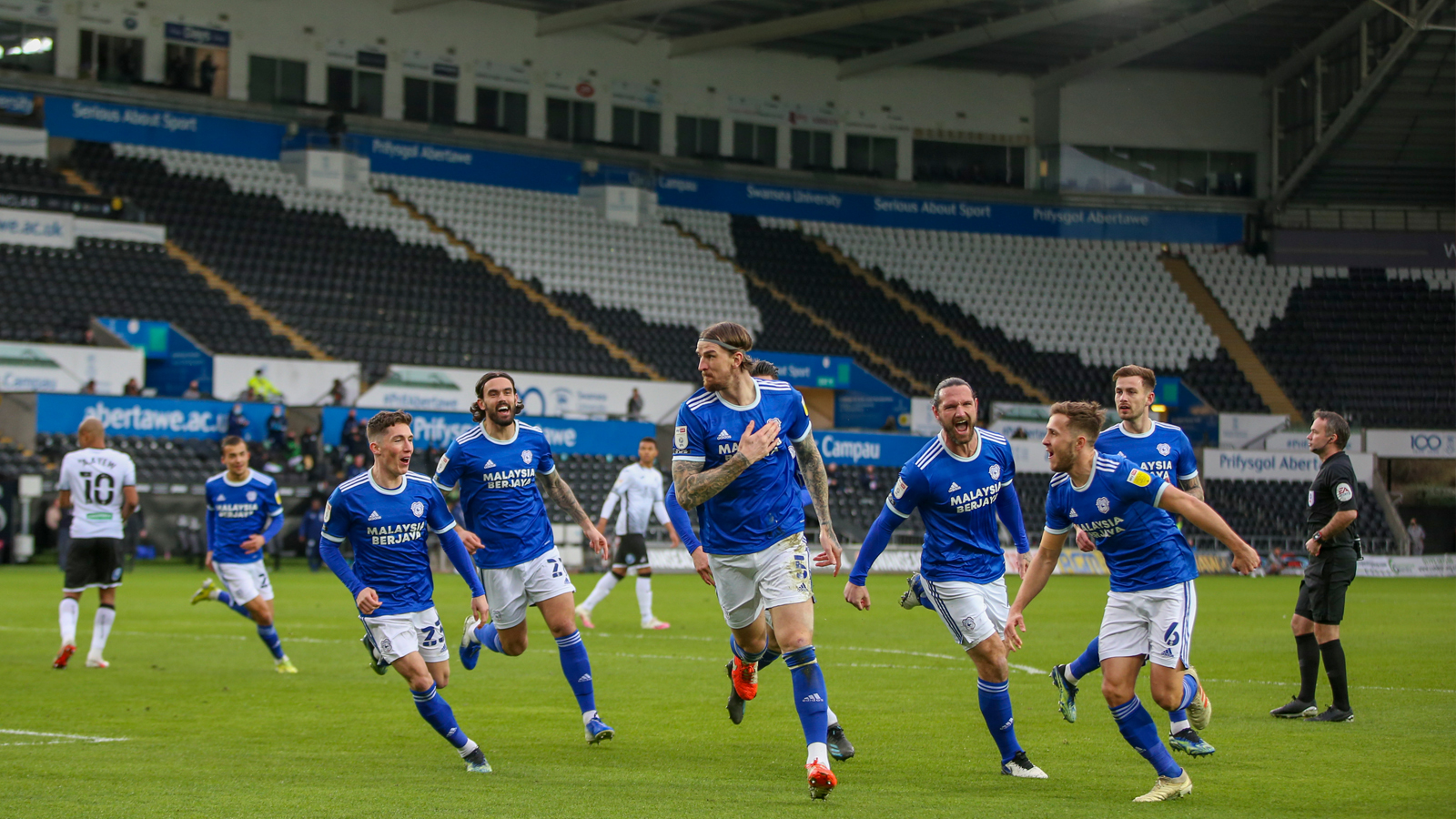 On Saturday 16th October, Cardiff City will travel across South Wales towards Liberty Stadium, where they will kick off the latest chapter in the South Wales Derby. The Bluebirds' most recent trip to Swansea saw the visitors come away with all three points, as Aden Flint's early header proved the winner in March.

Mick McCarthy's men will host the Swans for the return leg on April 2nd, 2022, for what may be the most highly anticipated matches of the upcoming campaign, as City look for another victory at home against their counterparts. 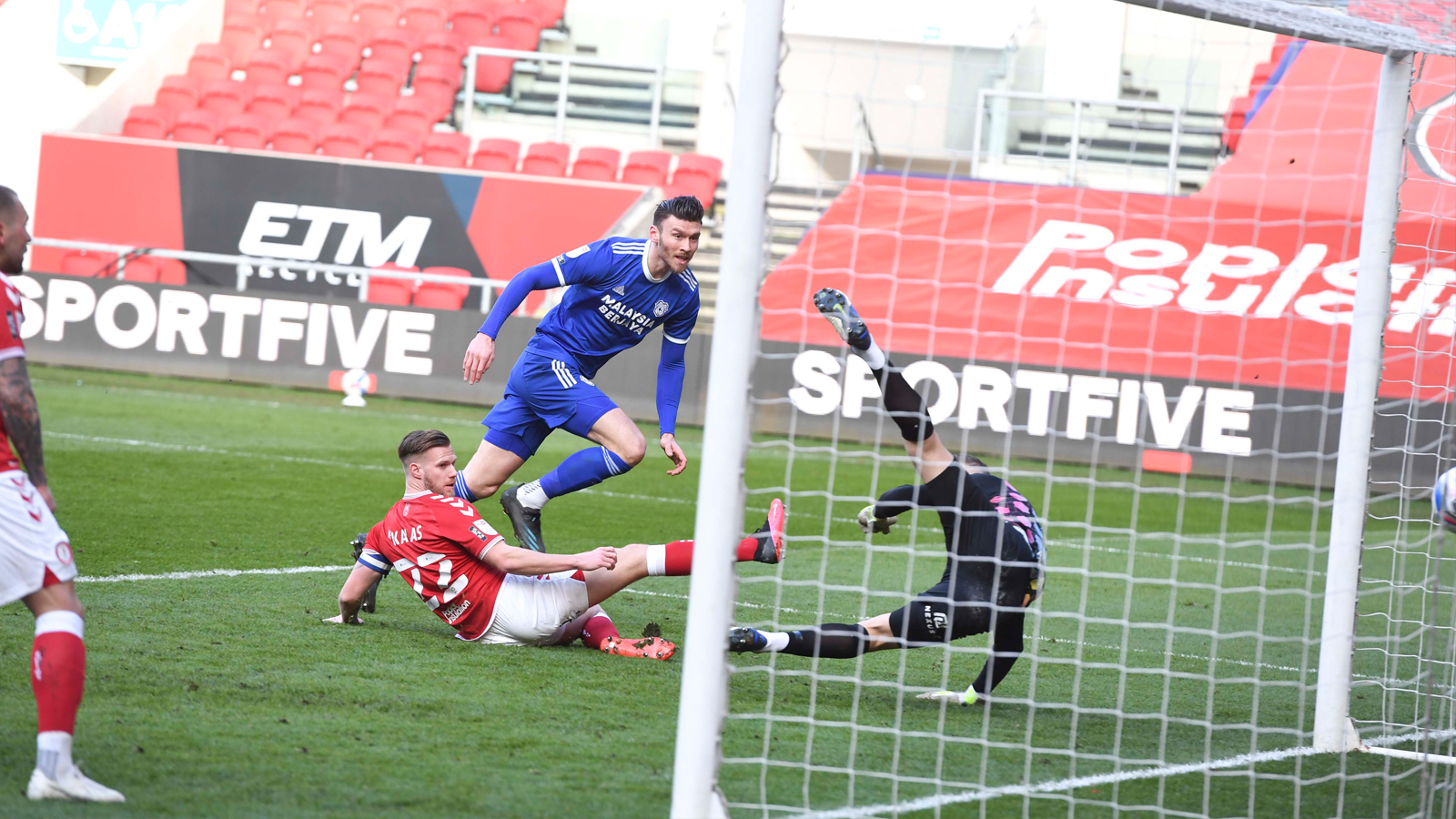 Another fixture that City supporters will be looking forward to is the Bluebirds' scheduled meetings with Bristol City. This season, supporters won't have to wait for long, as the Robins travel to South Wales before the end of the opening month of the campaign.

On Saturday, August 28th Cardiff City will host their Severnside rivals, with the last home victory coming in February 2018 thanks to a late strike from Ken Zohore. Returning across towards Ashton Gate later on in the season, the Bluebirds will hope to continue their form of recent years at the ground, as they are set to meet their opponents on January 22nd, 2022. 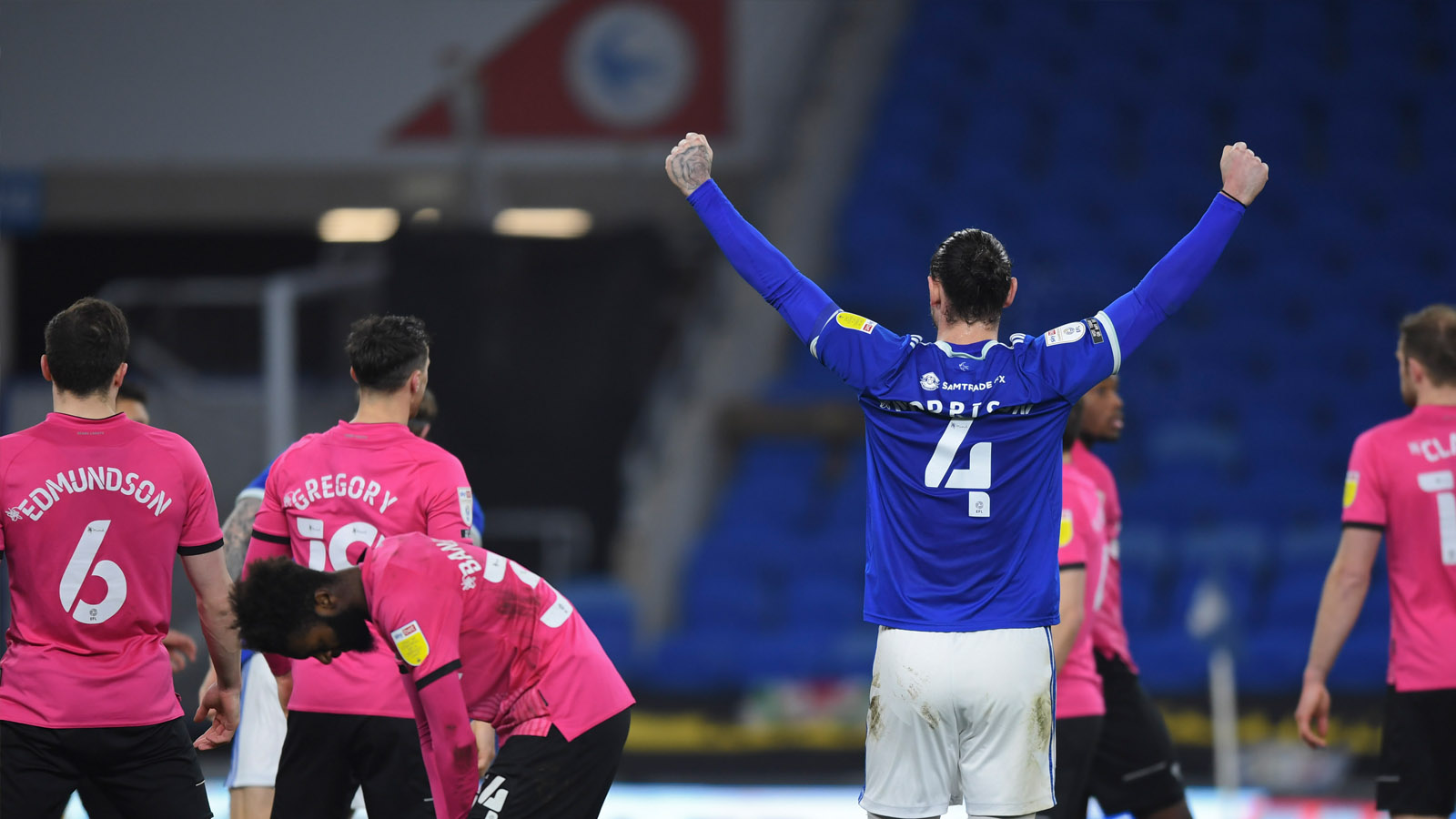 With a busy month scheduled in April 2022, City's closing match of the 2021/22 campaign is set to be our only fixture played in May. As it stands (pending the EFL's finalisation of their disciplinary process), on May 7th, the Bluebirds make the trip to Pride Park, where they will face Derby County.

Having avoided relegation to League One on the final day of the 2020/21 season, Wayne Rooney's side nonetheless promise a challenge at Pride Park, having not been defeated by the Bluebirds at home since February 2017. In the three matches since that 4-3 victory for City, the Bluebirds have faced stiff competition in Derbyshire, being defeated once and drawing twice.