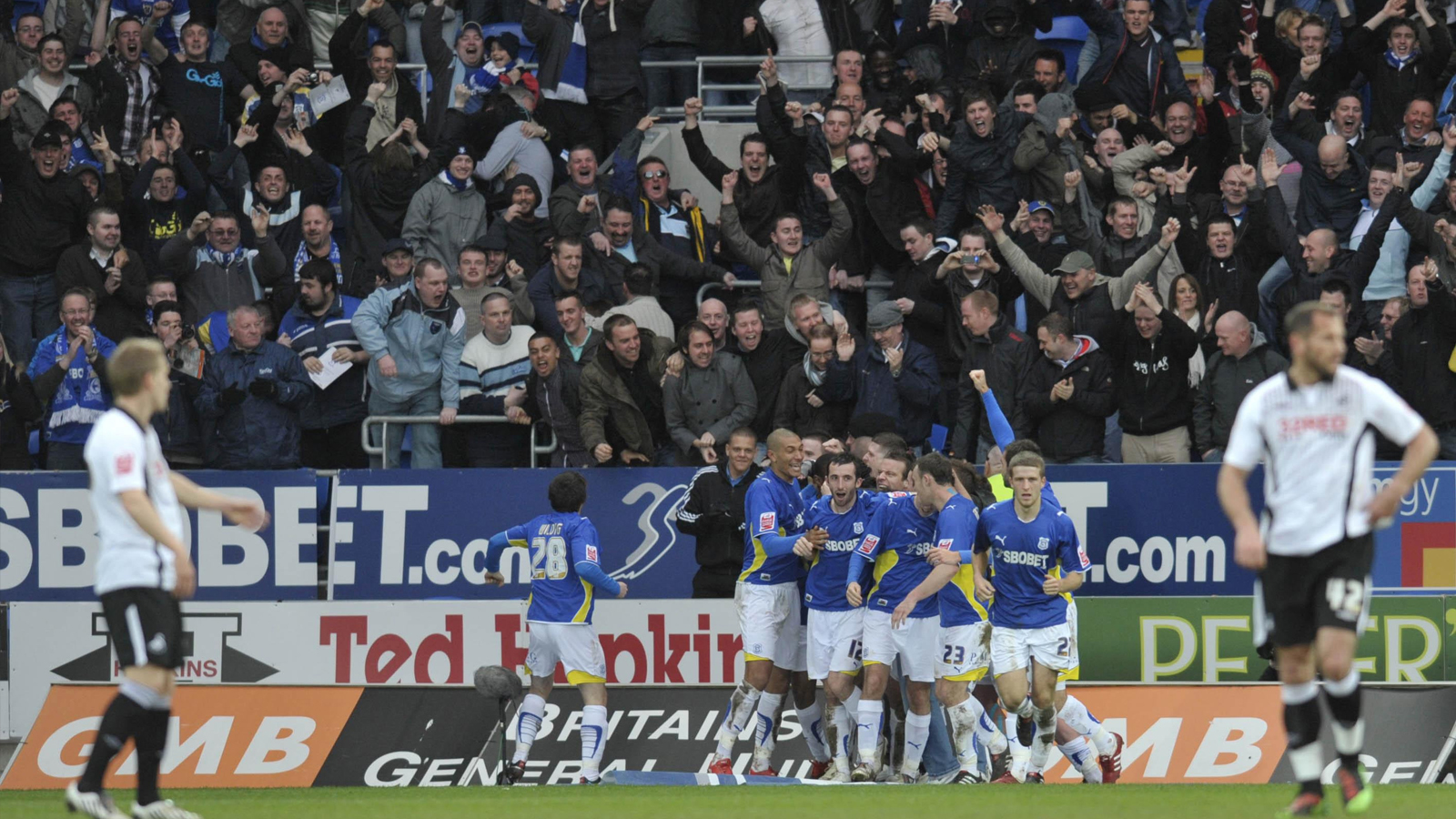 With Saturday's South Wales derby fast approaching, we take a look at a famous fixture played between the two sides at CCS... 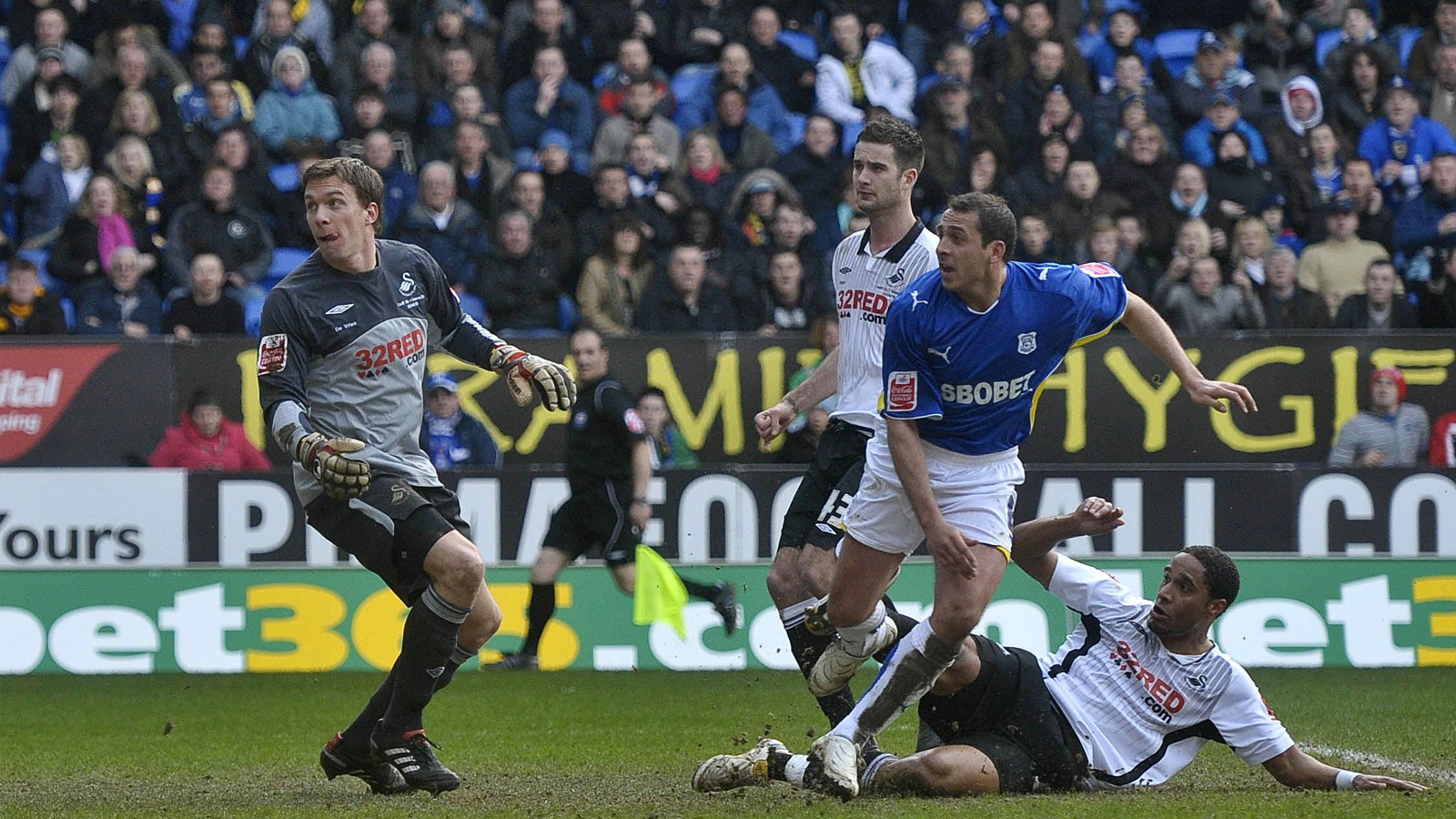 One of the most anticipated fixtures for both the Bluebirds and the Swans whenever the two sides play in the same division, the South Wales derby has yielded some classic contests since the two clubs' first meeting over 90 years ago.

The match featured here is a firm favourite for the City faithful in recent years, however, as both sides met at CCS for the first time...

Prior to kick-off on April 3rd 2010, the Bluebirds hadn't defeated their rivals in a league match over 13 years, and had not done so in Cardiff since 1993.

Now occupying a new home ground at CCS, City prepared to host the Swans following a 3-2 away defeat in the reverse fixture months earlier.

It was the visitors who drew first blood minutes before the half-hour mark in the Welsh capital, as Andrea Orlandi's corner kick flew into the hosts' net despite David Marshall getting a touch onto the ball.

With half-time approaching, City found the all-important equaliser to calm the nerves and level the scores ahead of the interval.

Jay Bothroyd's flick on from a lofted cross into the area proved enough for striker Michael Chopra to latch onto, and he struck home from close distance.

Chopra's chipped effort from close distance nearly put City in the lead ahead of the half-time whistle, but the shot rose too high over the bar, going out of play.

The Swans applied yet more pressure in the second half, and would have taken the lead if not for the repeated efforts of Marshall between the sticks.

The Scottish international 'keeper denied several chance on goal throughout as the visitors raced to regain their lead, with a save against substitute Shefki Kuqi's driven header proving a highlight as Marshall's outstretched foot kept the ball out of goal.

Entering injury time, another chance deep in the visitors' area once again befell Chopra, who didn't squander his golden opportunity.

Chopra's brace against the Swans came during his second spell as a permanent player for the Bluebirds, following  his first for the Club during the 2006/07 season, and later two loan spells from Sunderland in 2008 and 2009.

Born in Newcastle upon Tyne, as a youngster Chopra played in local club Newcastle United's youth setup, before making his first senior appearances for the Magpies as an 18-year-old in November 2002.

Loan spells for Watford, Nottingham Forest and Barnsley were followed by his first stint with the Bluebirds, where Chopra made a name for himself as a keen goalscorer, netting 22 times from 42 league appearances during his first season in South Wales.

A move to Premier League club Sunderland followed his star turn for City, but the striker eventually returned to play for the Bluebirds, where he was a regular as the Club saw its transition from playing at Ninian Park to Cardiff City Stadium.

A fan favourite during his time with the Bluebirds, Chopra formed a terrific strike partnership with fellow striker Jay Bothroyd during his second stint with the Club.

Together, the two combined to score 27 league goals in the 2009/10 season, and again in the following campaign, before each parted ways for pastures new.

Chopra's move to Ipswich Town in June 2011 saw the striker score a further 18 goals for the Tractor Boys across two seasons in the Championship, later going on to play for Blackpool before switching to playing further afield.

A season with Indian Super League club Kerala Blasters was followed by a two season spell with Scottish Championship side Alloa Athletic, before Michael then returned to play for the Blasters with a final season in 2016.

In a senior career spanning nearly 15 years, Michael Chopra appeared in over 400 competitive matches, scoring a total of 119 goals. Of these, 63 were scored during his time spent playing for the Bluebirds.