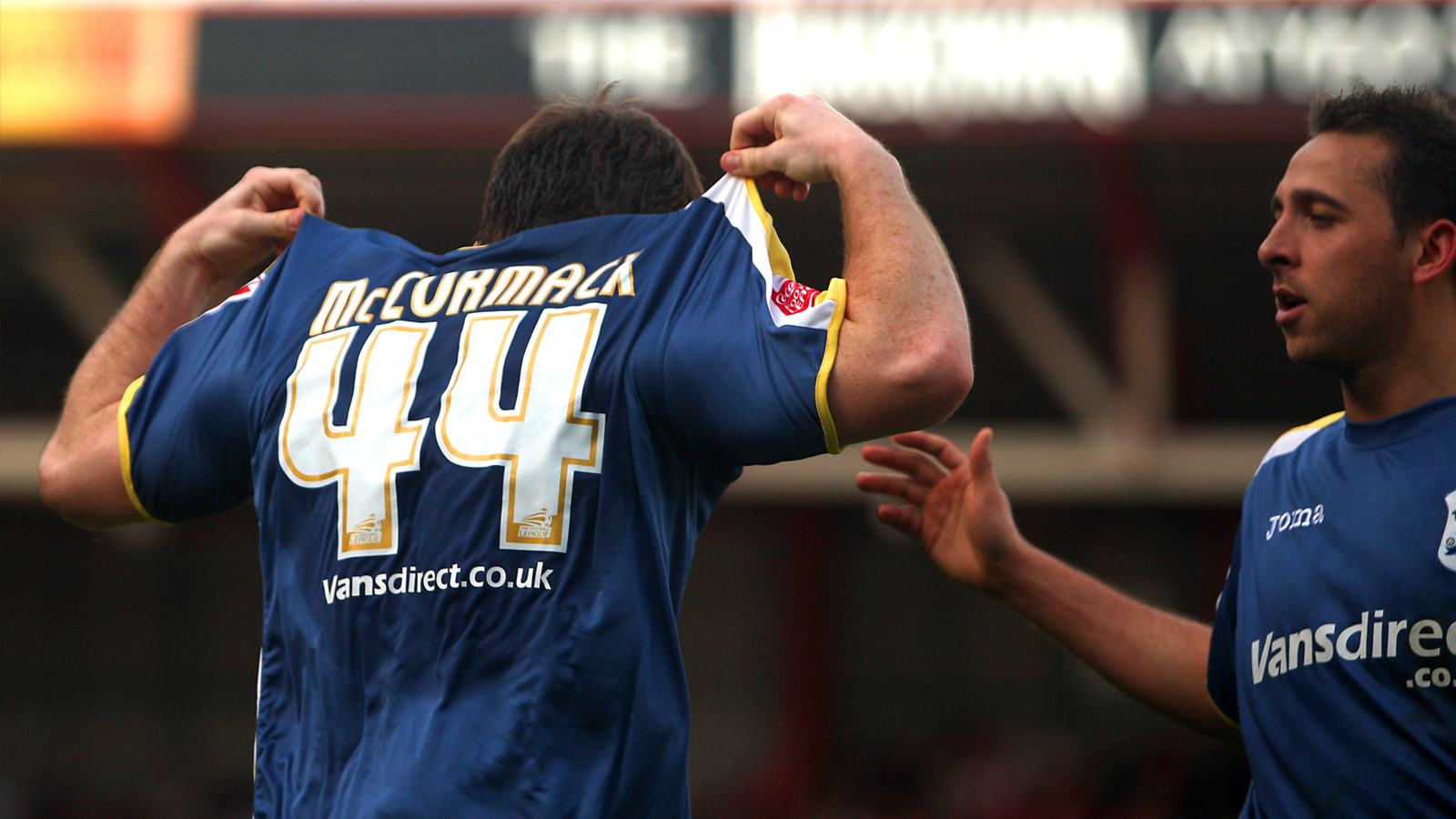 Ahead of City's FA Cup trip to face Reading on Saturday, we recall a previous encounter in the tournament between the Bluebirds and the Royals...

The Bluebirds began their 2008/09 FA Cup campaign with a terrific start by defeating Reading in the Third Round on January 3rd 2009. The Finalists from the previous season hosted the Royals at Ninian Park unbeaten in eight matches in all competitions, with the visitors holding a similar record having last been beaten in November 2008.

The two sides had most recently met some months before their FA Cup clash, where they drew 2-2 in a league fixture played once again in South Wales. With both teams in good form towards the top end of the Championship league table, the stage was set for another entertaining cup tie in the Welsh capital.

City's star man on the day was none other than striker Ross McCormack. The Scotsman had scored 14 goals in 21 appearances for the Club in the season up until December 2008, when he was forced to miss out for several weeks due to injury. The match against Reading marked his return to City's starting lineup, and he was certain to make his mark on the fixture.

A goalless first half saw both sides battle to break the deadlock, with the visitors arguably getting the better chances on goal. Following shots by Peter Whittingham and McCormack being saved by Adam Federici, Reading's Bobby Convey found himself through on goal inside City's area.

The midfielder couldn't convert on the opportunity to take the lead, however, and sliced his shot wide when confronted by Peter Enckelman.

Immediately following the interval the Finnish goalkeeper put in a great stop to deny Shane Long's shot, later being called upon again to save Convey's free-kick from 25 years out, leading to Gavin Rae nearly scoring at the other end.

With pressure mounting on the hosts, Gabor Gyepes showed his conviction with a vital goal-line clearance from Leroy Lita's shot inside City's area, with Lita being similarly denied later on by the Bluebirds' determined defenders.

Gyepes nearly doubled the lead for his side shortly afterwards, as he headed Paul Parry's corner kick downwards in the direction of goal. However, Federici wasn't going to concede a second so quickly, and dove well to meet the effort.

Having scored the opener, McCormack earned an assist with City's second of the afternoon, securing the victory for the hosts with seven minutes on the clock remaining.

Breaking through Reading's defensive line, the striker was joined by Joe Ledley in their opponents's area. Thinking quickly, Ledley played a quick one-two with his teammate, rushing past and beating Federici before slotting home from close range against the visitors.

The Scottish international was halfway through his first season with the Club by the time of the match against Reading, and his goalscoring prowess continued for the remainder of the campaign, ending the 2008/09 season with 23 goals scored in all competitions. Scoring a brace for City in April 2009 against Burnley, the striker's 93rd minute goal against the Clarets proved to be the last scored by a City player in a competitive match at Ninian Park.

Representing the Scottish national side during his time in South Wales, McCormack later played for several clubs in the Championship, including Leeds United, Aston Villa and Fulham, with a total of 120 goals scored in the division.