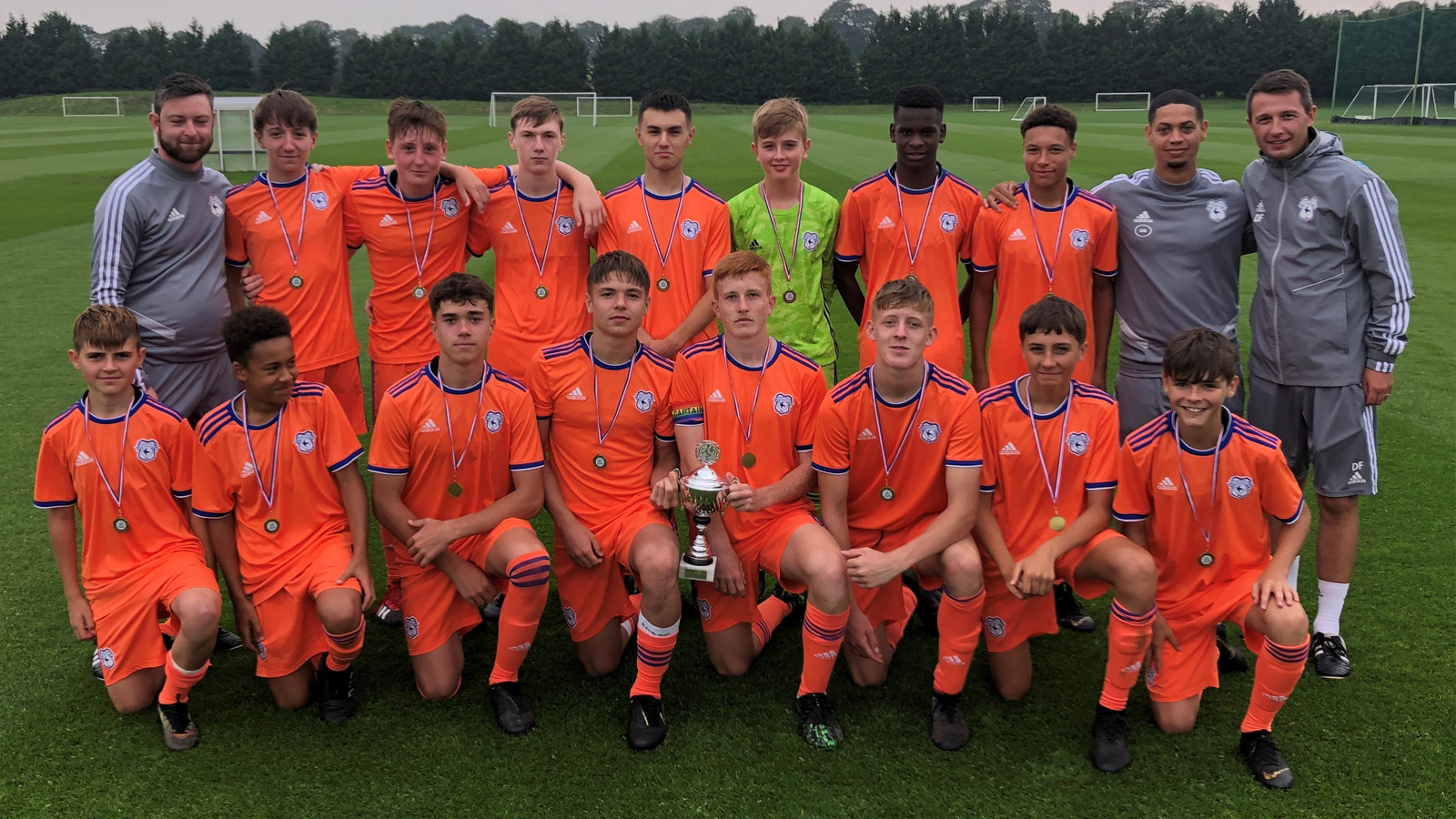 City's U15 side victorious at Blackburn Festival

The team recorded wins against Aston Villa and Sheffield Wednesday in the group stages, qualifying for the final against the hosts, Blackburn.

Facing Rovers, the young Bluebirds put in a superb display to win 4-3, taking home the trophy.

Japhet Mpadi scored a brace in the Final, with Cian Ashford and Morgan Wigley also on target as City lifted the silverware in Lancashire.

After the Final, Academy Lead Youth Development Phase Coach, Dane Facey, said, “It’s great exposure for our players to get opportunities to compete in organised, competitive events, in order to test their abilities to execute their skills in a more pressured environment.”

And with several Academy Graduates featuring for the First Team in midweek, Dane continued: “It’s an inspiring moment for the young players in the Academy system.

"It’s fantastic to see players like Coxey, Ciaron and Waitey getting experience and exposure to the first team environment. I can say it is deserved recognition for their dedication and determination to developing their skills and experiences.”