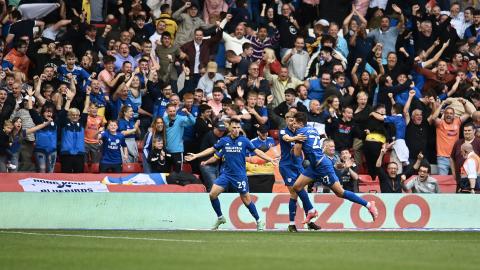 As the Bluebirds prepare to welcome Nottingham Forest to Cardiff City Stadium on Sunday, we take a look back at our first and most recent encounters.

Cardiff City faced Forest for the very first time on February 26th, 1921, in a fantastic season for City.

Fred Stewart’s side made a brilliant start to the campaign, with notable wins over the likes of Fulham, Birmingham City, Leicester City and Bristol City.

Despite a positive start to the term, the Bluebirds travelled to the City Ground in need of a result to keep up the momentum.

Although it was a difficult season for Forest, they remained a threat and there was potential for a slip up from Stewart’s men.

City stepped up quite brilliantly, however, securing a hard-fought 2-1 victory to beat Forest at the very first time of asking.

Striker Jimmy Gill continued his remarkable form to net for the Bluebirds, with City legend Fred Keenor also on the scoresheet for his hometown club.

It was a remarkable campaign for Gill, who finished the season as the club’s top scorer with 20 goals in all competitions.

Having secured all three points over Forest, the Bluebirds went on to secure promotion to the First Division, finishing second in the table, despite being level on 58 points with champions Birmingham City. 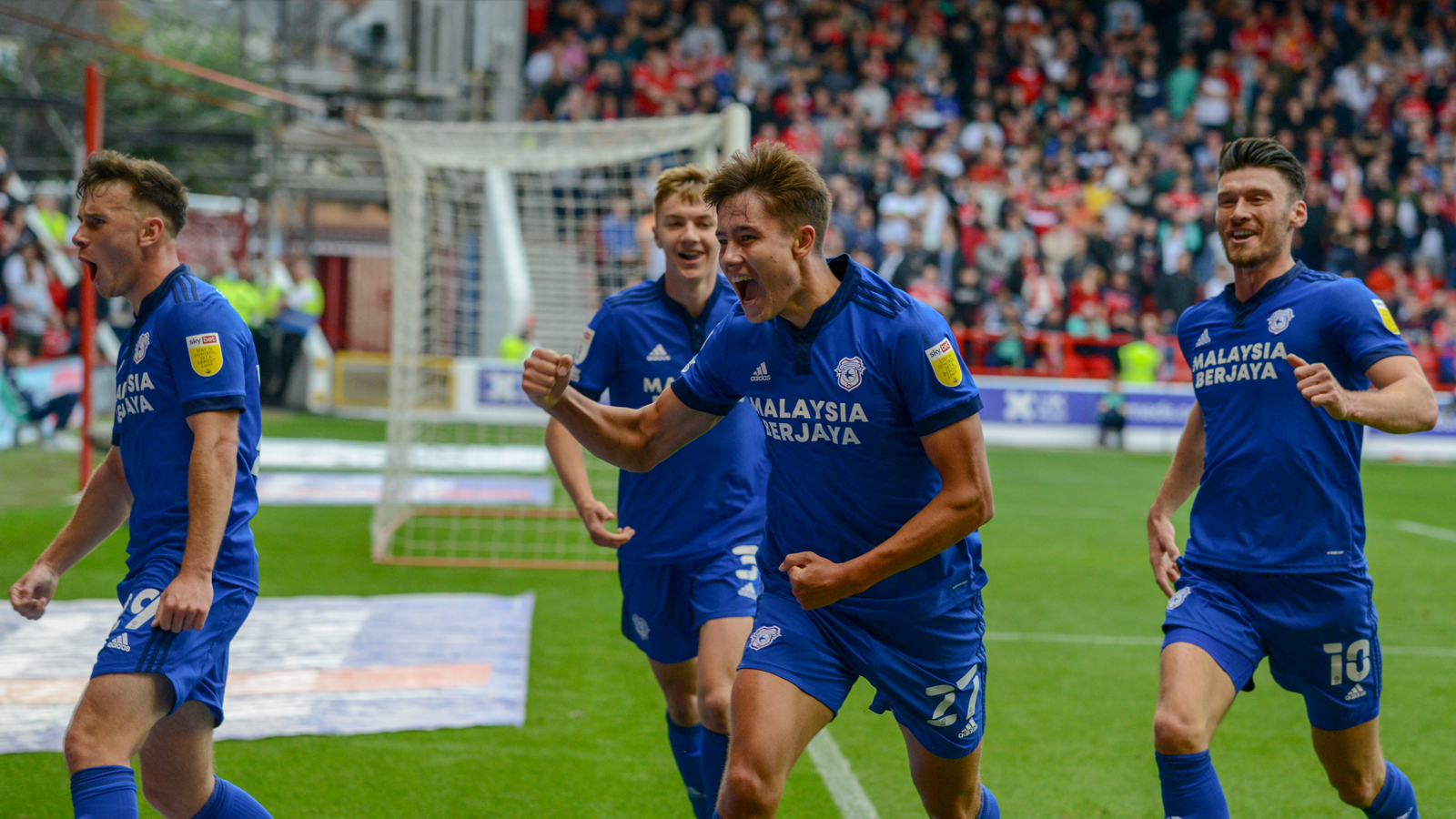 Our most recent clash with the Reds was back in September, with a crucial victory at the City Ground.

Despite a positive opening period, it was Forest who took the lead, as left-back Max Lowe cut the ball back shrewdly for striker Lewis Grabban, who struck home from ten yards to open the scoring.

City showed tremendous character in the second half to turn the game on its head, with substitute Rubin Colwill taking the spotlight.

The Wales international forced the ball home through a melee of players to net his first senior goal and find an equaliser for the Bluebirds.

Colwill’s strike lifted City, with Kieffer Moore hitting the post and Aden Flint forcing a save from Brice Samba with a goalward header.

The substitutes made the difference at the City ground, as Moore fed Colwill, who curled brilliantly into the bottom corner to give the Bluebirds a memorable 2-1 victory.

🎯 @RubinColwill netted twice at the City Ground earlier this season! 💙

Read more about our first and last meetings with @NFFC 👇#CityAsOne