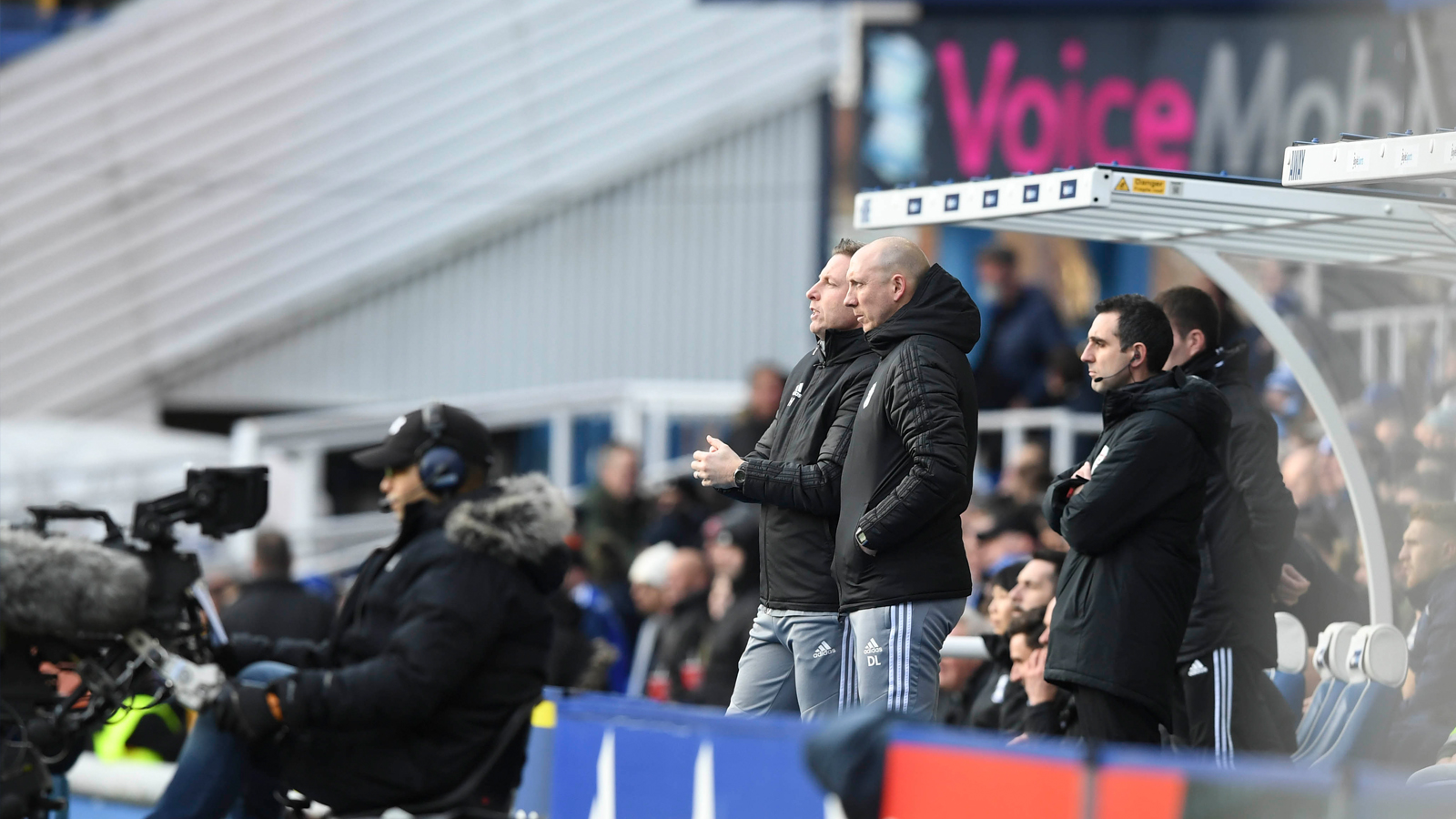 Harris | We were disappointed not to win it

After conceding early on against Blues, the Bluebirds came back following the break, equalising in the 63rd minute thanks to Lee Tomlin's header, controlling the match for a majority of the second half.

"We were disappointed not to win it," began Harris. "In the first half we were poor, though Alex Smithies made some really good saves to keep us in the game so that we went in 1-0 at the end of the first half.

"I said to the team at half-time that though we'd not played as well as we wanted, the goal that we'd conceded came from a set-piece and poor marking by us.

"We've conceded 31 goals away from home this season, and in the Championship when you go behind it's hard to come back and win it with two goals.

"Keeping clean sheets is key, it gives you that belief that you can go on and get the winner. We want to be starting games better and improving our management of the game."

Harris went on to discuss the improvement of City's performance in the second half, as the Bluebirds looked likely to secure all three points following Tomlin's equaliser.

"Coming out for the second half we knew that we had to get back to playing in the way that our supporters love to see," he explained. "We played in the derby last week in the same manner, to be competitive without the ball and to give them no chances. We were in the right areas and threatened them in the second half.

"Following the interval it was all about us. We increased the intensity and stopped them from getting forward, put the ball in the right areas and always challenged for the first ball.

"We put the ball into their area and forced the set pieces well, and ultimately it paid off with the equaliser.

The match was not without its controversies, as calls for a penalty kick were waved away after Lee Tomlin went down in the area, while Gary Gardner was cautioned for a foul on Gavin Whyte that could well have resulted in a sending off.

Concluding, Neil said: "I thought at the time that it was a stonewall penalty, I wouldn't have given any complaints had it gone the other way. Then you have the tackle on Gavin Whyte which got a yellow card, which I think should have been a red."