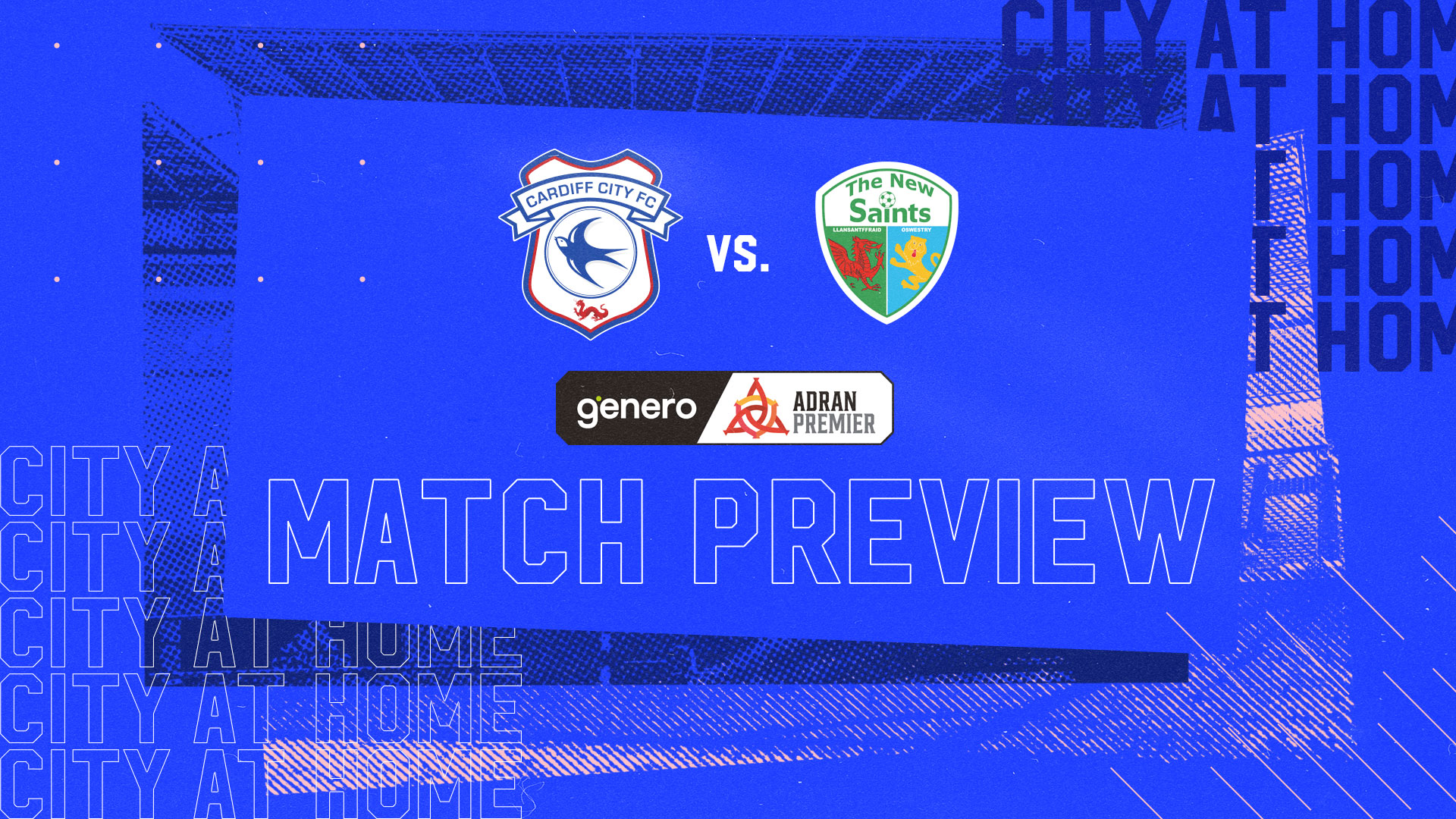 The Bluebirds will be looking for their seventh consecutive win in all competitions.

You can watch this game in two ways. Either visit us in Leckwith and take the game in live and in person, free of charge. Or tune in on Cardiff City TV – where the game can be viewed. Also free to view!

City are in a fantastic run of form, following up the remarkable 8-2 victory over Port Talbot Town with a hard-fought 2-0 win at Aberystwyth Town.

In a competitive contest against the Seasiders, Pheobie Poole’s impressive first-half brace secured the three points for the Bluebirds.

Opponents The New Saints will be looking to get back to winning ways, as they fell to a narrow 3-1 defeat to Barry Town United in their previous game.

In the fixtures against the Saints so far this season, City claimed a 3-0 win in the league, as well as a dramatic 3-2 victory in the FAW Welsh Women’s Cup.

“We’re expecting a difficult game,” head coach Iain Darbyshire began. “We’ve had two challenging matches against them already, both away from home.

“We’re happy that this time, the game is at home and we can look to play our football and hopefully win the game.

Hannah Daley, who has been an integral part of a defence that have conceded just seven league goals so far this season, added: “Everybody is buzzing at the moment. Everyone is playing well and we’ve got a good atmosphere in camp.

“We’re hoping we can take the positives from our last six wins into Sunday and hopefully get another good result.

“A win would be really important. It would keep the pressure on Swansea and it would give us confidence in our team. It would help us to keep pushing to be the best we can.”