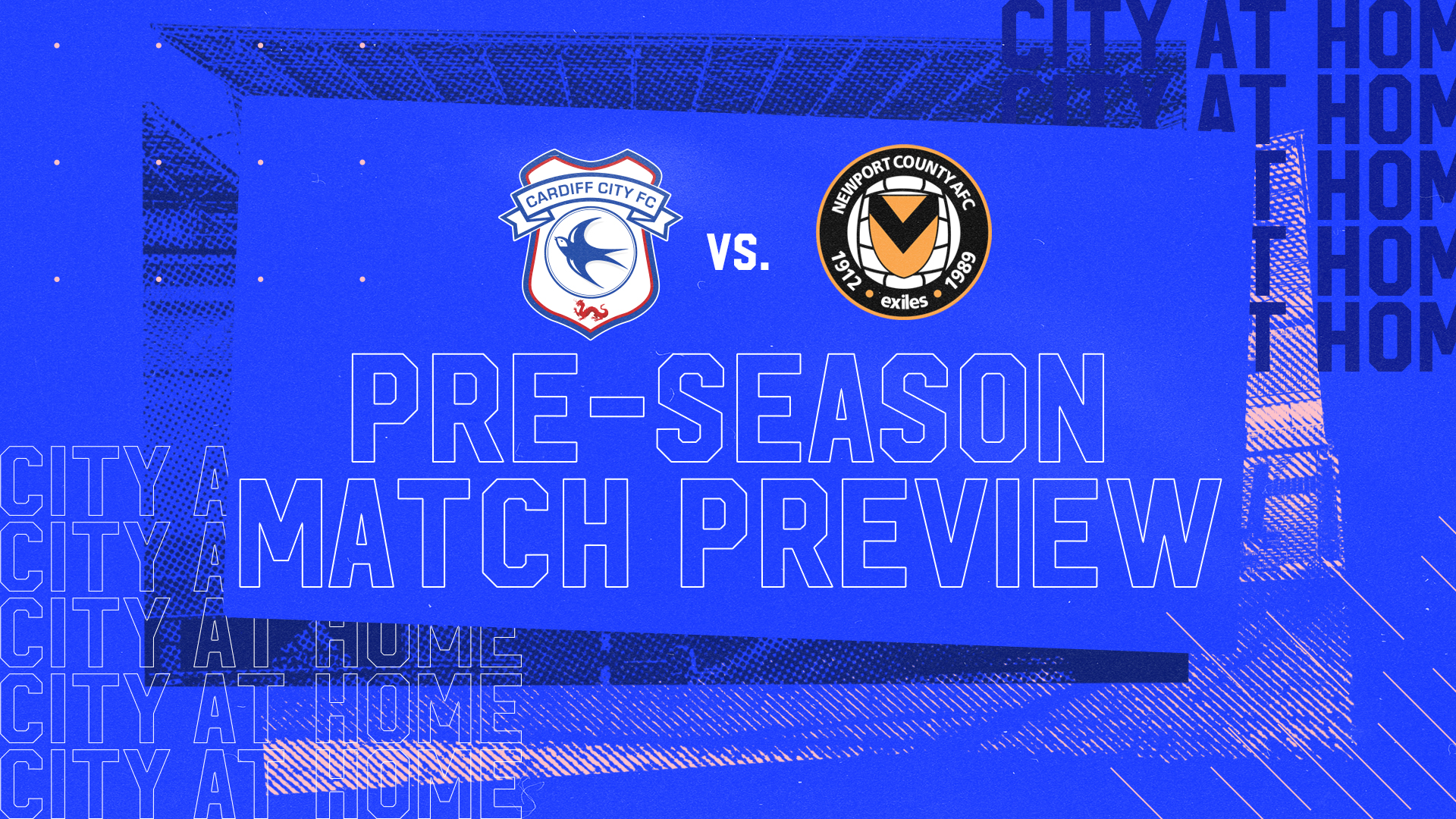 Cardiff City continue their preparations for the 2022/23 campaign by hosting EFL League Two side Newport County on Tuesday, July 12th, 2022.

Get your tickets here.

Tuesday evening's fixture will now be a traditional 1 x 90 minute match, with kick-off at 6.30pm at Cardiff International Sports Stadium.

Any supporters who wish to seek a refund should contact the Ticket Office before 5pm on Tuesday.

If you're not able to attend on Tuesday in person, Cardiff City TV's live coverage is available to supporters worldwide, with Match Passes available for just £3! Click here for more information.

Opposition Focus | In the dugout

On the touchline at Newport County’s Rodney Parade is James Rowberry, who recently enjoyed a successful period coaching with the Bluebirds.

Rowberry first arrived in the Welsh capital in 2013 to work in the club’s Academy, before working his way into the First Team fold during his time at Cardiff City Stadium.

As First Team coach, Rowberry was involved in the promotion-winning team of 2017/18, as Neil Warnock’s men secured a place in the top-flight by finishing second in the Championship.

Rowberry was appointed manager of his hometown club in October 2021 and now prepares for his first full season in management, having led County to 11th place in EFL League Two last term.

The Exiles’ summer business has included the acquisitions of two City Academy products. Former Bluebirds midfielder Sam Bowen came through the ranks at CCS and made four senior appearances for the club before making the switch to Rodney Parade.

Fellow midfielder Aaron Wildig also started out at the Bluebirds’ Academy, spending three years with the First Team between 2009 and 2012 and accumulating 13 league appearances. Wildig joins the Exiles from EFL League One side Morecambe.

Rodney Parade will also be home to City prospect Chanka Zimba this season, with the striker joining the EFL League Two side on a season-long loan, alongside Liverpool left-back Adam Lewis.

Boss Rowberry has further added to his squad with the signing of Will Evans from Cymru Premier outfit Bala Town, with the winger netting an impressive brace in Wales C’s 4-0 victory over England C back in March.

County have also completed permanent signings of defender Declan Drysdale from Coventry City and striker Offrande Zanzala, with the latter tasked with filling the void left by last season's top scorer, Dominic Telford, who has signed for Crawley Town.

OPPOSITION FOCUS | One To Watch

Norman joined the Exiles in June 2021, signing a two-year deal from Walsall, and quickly made an impression with the supporters at Rodney Parade.

The defender netted his first goal for County back in January, scoring a late winner in a 1-0 victory at Leyton Orient.

Despite the defensive acquisitions of Drysdale and Lewis this summer, Norman will remain an important figure to boss Rowberry in their bid for promotion to EFL League One this season.

The fixture at Cardiff International Sports Stadium will see the return of Rowberry, along with City duo Bowen and Wildig, with Zimba also facing his parent club.

County’s first-choice goalkeeper is former Bluebird Joe Day, who joined the club from Newport in 2019, before making his return to Rodney Parade at the start of last season.

In the January transfer window, the Exiles brought in playmaker James Waite, who represented City at Academy level.

During his time at CCS, Waite had loan spells at Hereford, Weston-super-Mare and Waterford, before an impressive spell at Cymru Premier outfit Penybont following his departure from the Bluebirds.