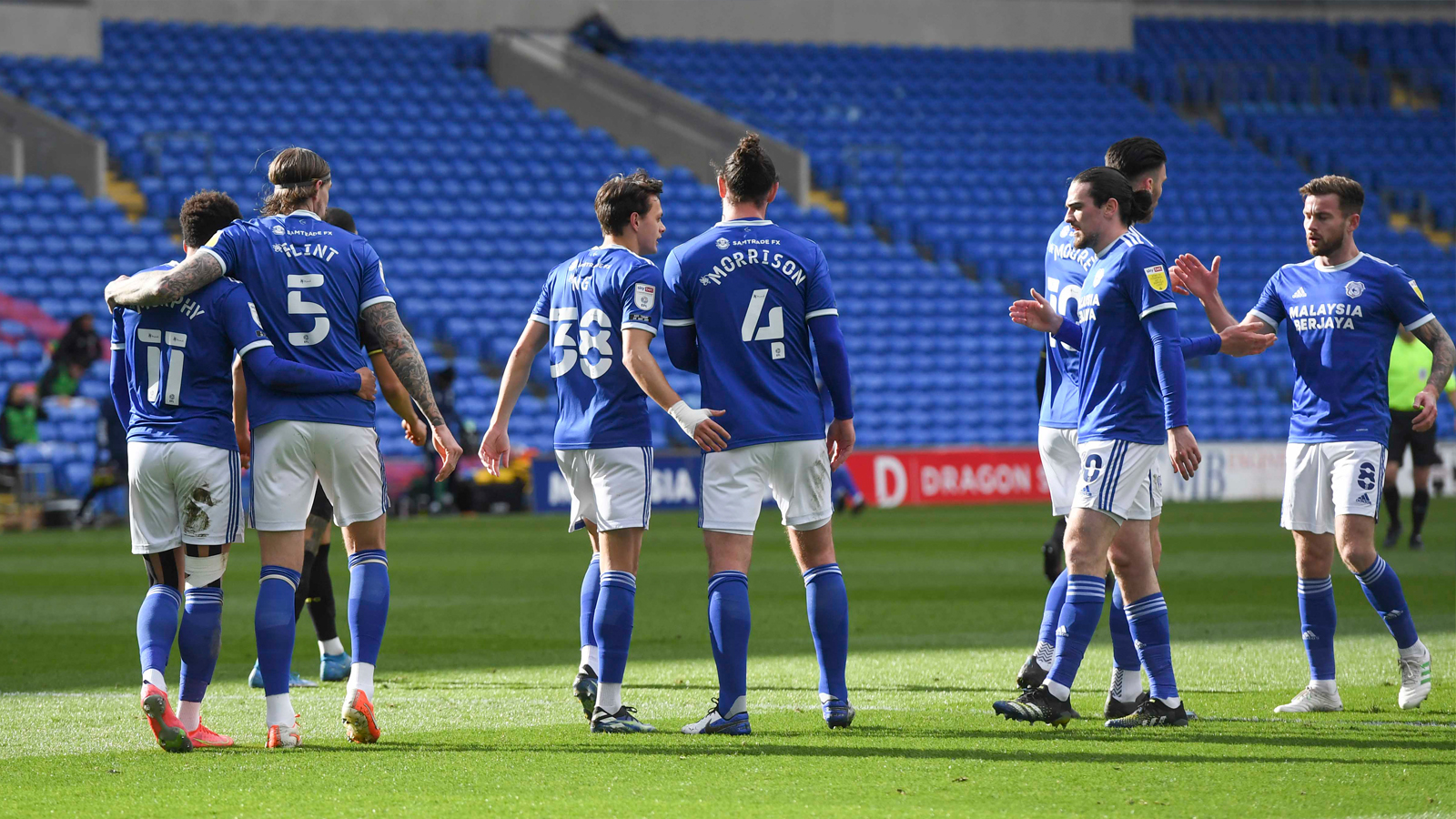 The final match of the season sees the Bluebirds take on Rotherham United, with the Millers still playing for Championship survival. Paul Warne’s side head to the Welsh capital on Saturday, May 8th with a 12:30pm kick-off at Cardiff City Stadium.

A Cardiff City TV Match Pass can be purchased now for just £10 in the UK & Ireland.

The match itself will include a multi-camera production, with Jason Perry joining our commentary team for the final fixture of the campaign.

Supporters in the UK & Ireland can also purchase a Commentary Pass for Saturday’s fixture for just £5.

As this fixture has been selected for international broadcast, International Match Pass availability may vary depending on your overseas location.

There are two ways to get hold of the Cardiff City vs. Rotherham United matchday programme.

The Bluebird – edition 23 for 2020/21, featuring Rubin Colwill as cover star and feature interview, can be ordered and delivered in its traditional print format from Cardiff City FC SuperStore. Click here to buy your copy!

The Bluebird is now available digitally as well as in its traditional print format. The Rotherham United edition will be available to digitally download from 5pm on Friday, May 7th.

The Millers have been battling to stay in the division since the start of the campaign, and have succeeded in taking that fight to the very last day of the season. Rotherham currently occupy 22nd position in the Championship table, with 41 points from their 45 matches. Paul Warne’s team have won 11 and drawn eight of their league fixtures, a record which sees them sit two points adrift of safety with one game left to play.

United know that only a victory at Cardiff City Stadium will aid their quest to maintain their second tier status; a victory on Saturday would take Rotherham to 44 points, one clear of Derby County in 21st position. However, even if the Millers do come away with three points, their fate will be determined by the season-defining clash between Derby and Sheffield Wednesday at Pride Park. Warne’s side would need the Rams to drop points against the Owls, who are also fighting for their own survival, on what promises to be an exciting afternoon of Championship action.

Rotherham have faced a number of COVID-19 enforced match postponements in recent months, handing them a gruelling ten-match fixture list during the final 30 days of the campaign. The physical demands of such a rigorous late-season schedule appears to have taken its toll on the United squad, who have picked up just three victories from their past 18 league fixtures. The Millers recently ended their losing streak with a draw against Blackburn Rovers, but were unable to secure what would have been a vital victory over Luton Town in midweek, drawing 0-0 at Kenilworth Road.

Michael Smith has this season recorded his best goalscoring return since the 2014/15 campaign, and his highest personal tally at Championship level. The 29-year-old has found the back of the net ten times in league action this term, providing three assists for teammates throughout the season. The centre forward has developed a handy habit of scoring in major victories for Rotherham this term; Smith has netted in all three of the Millers’ most recent victories, stretching back to the beginning of March.

Freddie Ladapo arrived at the AESSEAL New York Stadium from Plymouth Argyle back in 2019, becoming the club’s record signing in the process. The former Crystal Palace striker has made a strong impression during his debut season at Championship level, scoring nine times in 41 league matches. Frequently partnered with fellow forward Smith, Ladapo has also developed a knack of scoring late goals in crucial fixtures – none more so than a 90+7th minute winner against fellow strugglers Sheffield Wednesday on March 3rd.

Matt Crooks has been one of Rotherham’s star men throughout the season, and will be hoping to close the campaign with another impressive performance. The midfielder, who scored for the Millers during our meeting in snowy South Yorkshire back in February, has netted on six occasions this term, with three assists to his name. The 27-year-old has worn the captain’s armband on a handful of occasions for United this season, and made a welcome return to the Rotherham squad in midweek following a three-match suspension.

Saturday’s fixture will be Rotherham’s fourth visit to Cardiff City Stadium, with the Millers still searching for their first victory at our home ground. The first fixture between the two sides at CCS came back in December 2014, with the points being shared at the end of a 0-0 draw. Two future Bluebirds were in the Rotherham starting eleven that afternoon: Alex Revell swapped South Yorkshire for South Wales just over a month after our clash in the Welsh capital, whilst Tom Lawrence would spend the latter half of the 2015/16 campaign as a City player.

Rotherham’s second trip to CCS came during that 2015/16 season, with the Bluebirds and the Millers again unable to be separated. On this occasion, however, the two sides played out an entertaining 2-2 draw, with Anthony Pilkington at the centre of the action. The forward scored a brace for City, but also turned the ball into his own net to give United a valuable point. Future Bluebirds boss Neil Warnock would soon take over as Rotherham manager, preserving the Millers’ second-tier status in the latter stages of the season.

Fast forward to February 2017, and Warnock’s City side put in a five-star display against his former side at CCS. Kadeem Harris got the Bluebirds off to a strong start with the opener, before Junior Hoilett doubled the lead before the break. Craig Noone netted a fine scissor kick in the second period, which proved to be his final goal in a City shirt, before Kenneth Zohore put the icing on the cake late on. The Dane smashed home a fourth for the hosts before delicately lobbing Richard O’Donnell to seal a 5-0 win for Warnock’s side.