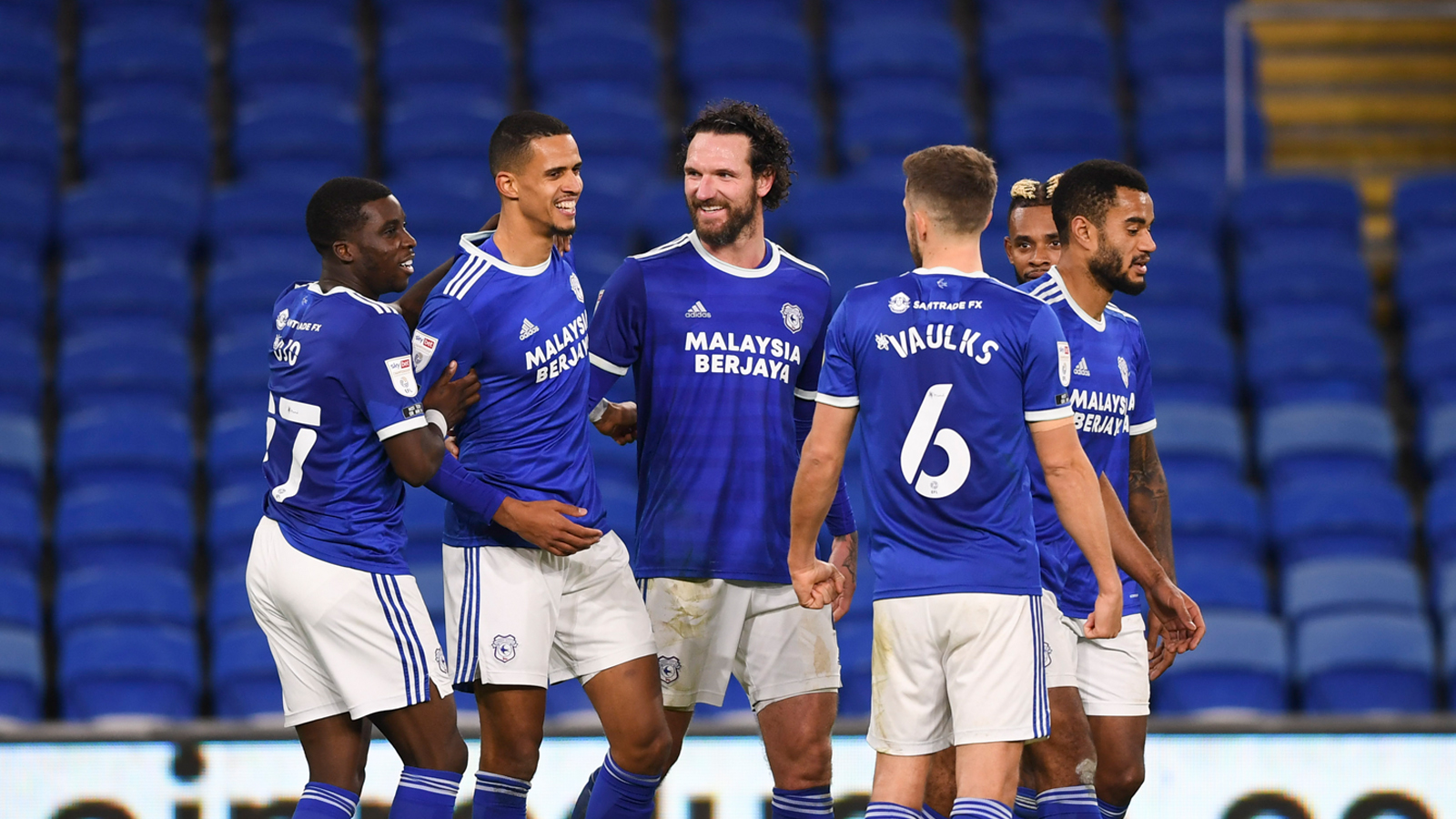 The first South Wales derby of the 2020/21 campaign takes place on Saturday afternoon at Cardiff City Stadium. The Bluebirds face Swansea City in front of the Sky Sports cameras, with a 12:30pm kick-off.

This match has been selected by host and international broadcasters, meaning that it won't be available in the UK, Ireland or most international territories, unless you hold a current Season Ticket voucher.

Only matches not selected by broadcasters can be watched with a Cardiff City TV Match Pass (UK & Ireland: £10, Overseas: £7).

However, this match is available for streaming in the exempt countries listed below, including Malaysia and many more.

Supporters in the UK & Ireland can purchase a Commentary Pass for £5 a month, or for just £30 for the remainder of the 2020/21 campaign. 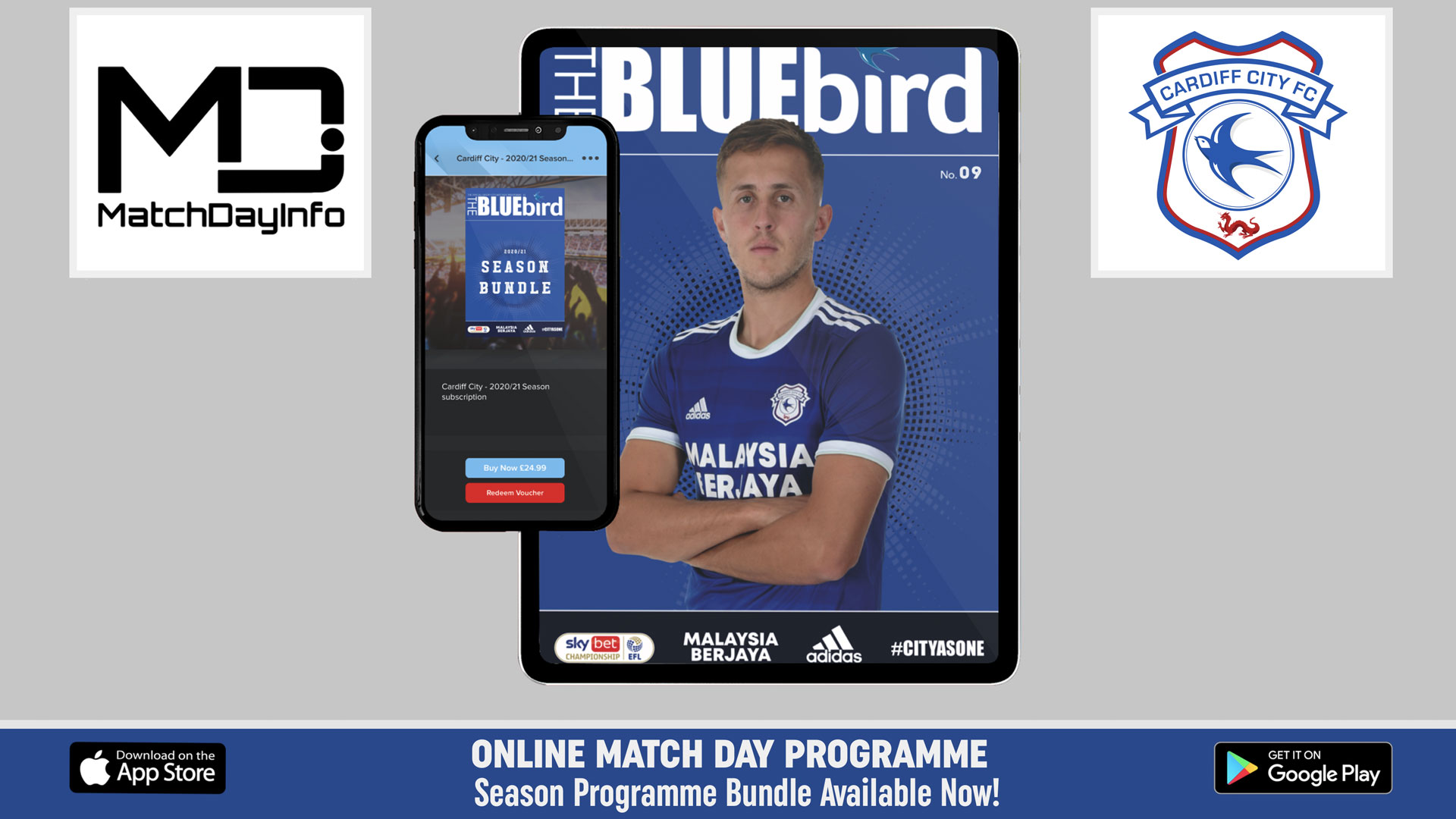 There are two ways to get hold of this Saturday's Cardiff City vs. Swansea City matchday programme.

The Bluebird - edition 09 for 2020/21 featuring Will Vaulks as cover star and feature interview, can be ordered and delivered in its traditional print format from Cardiff City FC SuperStore. Click here to buy your copy!

The Bluebird is now available digitally as well as in its traditional print format.

The next copy of The Bluebird - Cardiff City vs. Swansea City will be available to download from Friday, December 11th, 2020 at 5pm!

You can now purchase all 2020/21 digital programmes for a one off price!

This includes the eight editions currently available - and the 15 still to come!

Individual copies of The Bluebird digital can be purchased before each game for £1.99 per edition.

Cardiff City will be supporting Stonewall’s Rainbow Laces campaign, which aims to use the power of football to make the game more accessible, enjoyable and welcoming to all supporters, when Swansea City visit CCS on Saturday afternoon.

Stonewall is a registered charity which supports the rights of lesbian, gay, bisexual and transgender people, while the Rainbow Laces campaign celebrates lesbian, gay, bi and trans inclusion in football.

There will be corner flags, substitution boards, captain’s armbands and laces on the players’ boots, all in a rainbow theme, in a show of support for the campaign. 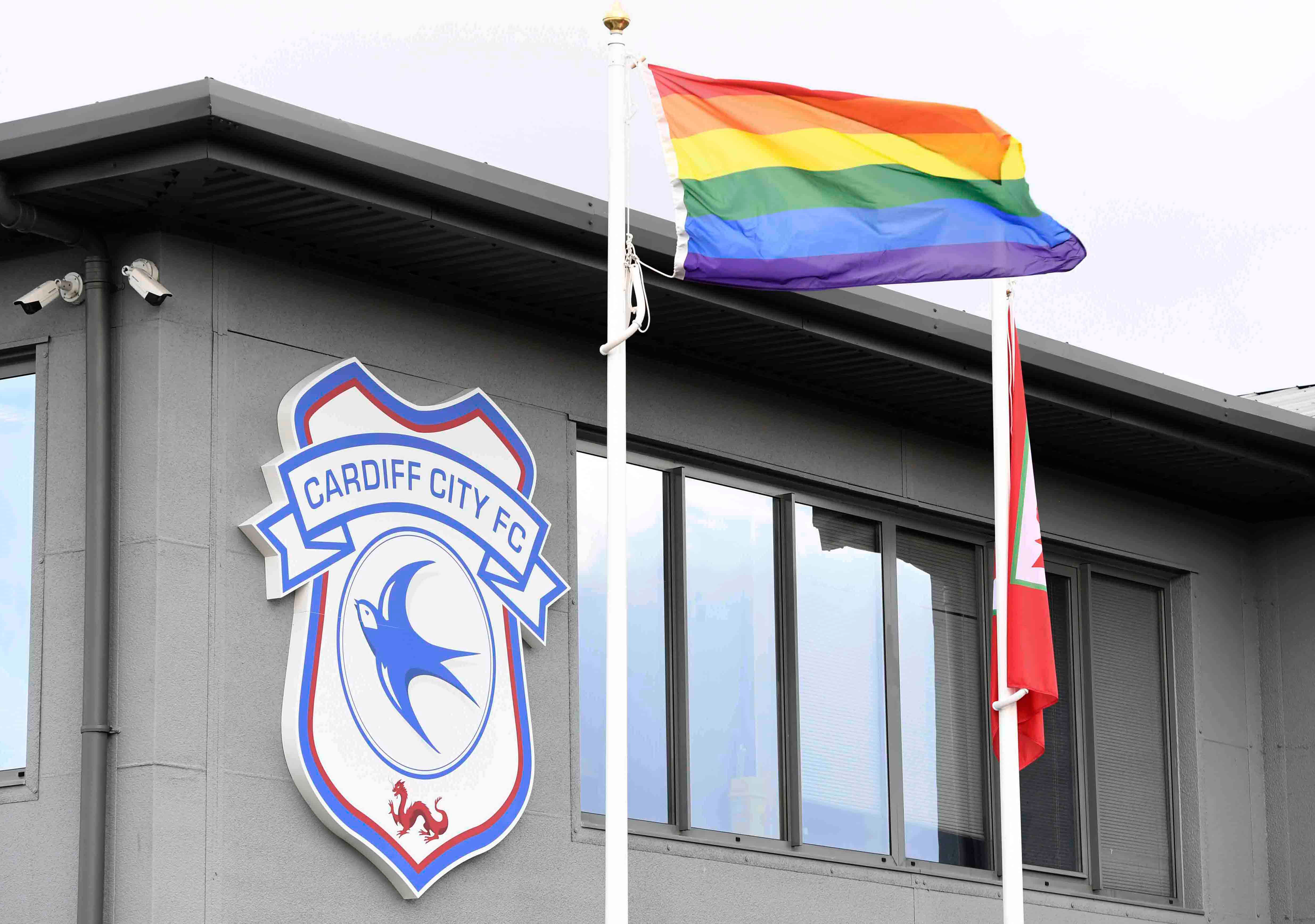 The Swansea City game forms part of a campaign led by Stonewall, which began on November 26th and will continue until December 13th.

Wearing Rainbow Laces – in person or online – is an important way of showing you support LGBT inclusion in sport. One million pairs of laces have gone out since the campaign started in 2013!

Steve Cooper is midway through his second season in charge at the Liberty Stadium. Born in Pontypridd, Cooper joined Wrexham in 1990 but did not feature for the first team at the Racecourse Ground. A defender in his playing days, he later played for The New Saints, Rhyl, Bangor City and Porthmadog in the Welsh leagues, featuring for Bangor in their UEFA Cup match against FK Sartid Smederevo in 2002.

Cooper undertook his coaching badges during his playing career, and received the UEFA Pro License at the age of 27. He moved into coaching with his former club Wrexham, eventually becoming the club’s Head of Youth Development, before moving to Liverpool in 2008.

Cooper was named as Liverpool’s Academy Manager in 2011, leading the U18 team to the Semi-Finals of the FA Youth Cup in 2012/13. He soon joined the England coaching setup, and was named as the Three Lions’ U16 team in 2014. He took charge of the U17 side a year later, leading them to the Final of the 2017 UEFA European U17 Championships.

Later in 2017, Cooper’s side, which included current Swansea players Joel Latibeaudiere, Marc Guehi and Morgan Gibbs-White, won the 2017 FIFA U17 World Cup by defeating Spain in the Final. In 2019, Cooper took his first managerial role in the professional game with Swansea, guiding them into the top six last season.

Swansea have bounced back well since their defeat to Brentford in last season’s Play-Off Semi-Final, and are currently occupying fourth place in the Championship table. The Swans made a strong start to the 2020/21 campaign, suffering just one defeat in their first ten league matches, which came at home against Huddersfield Town. That match has been Swansea’s only loss at the Liberty Stadium, where they have also recorded five wins and three draws.

Since reaching the highs of second position at the start of November, the Swans have suffered a slight dip in form, losing two of their last seven matches. Those defeats both came on the road; a 1-0 loss to table-topping Norwich City, and a 2-1 defeat against Neil Warnock’s Middlesbrough. Swansea are currently unbeaten in their last two matches, with one win and one draw. Steve Cooper’s men defeated Luton Town 2-0 on December 5th, before recording a goalless draw with high-flying AFC Bournemouth on Tuesday evening.

Cooper added ten players to his squad throughout the summer and autumn, with an even split between permanent and loan signings. Freddie Woodman and Marc Guehi both returned to the Liberty Stadium having spent last season on loan with the club, whilst midfield duo Korey Smith and Kasey Palmer both arrived from Bristol City. On Deadline Day, they added defensive pair Ryan Bennett and Ryan Manning to their ranks, with highly rated centre-back Joe Rodon leaving the club for Tottenham Hotspur.

André Ayew scored 15 league goals for Swansea last season, and has already found the back of the net seven times this term. The Ghanaian international is enjoying his second spell at the Liberty Stadium, having re-signed for the club in 2018. The 30-year-old, who has also contributed two Championship assists this season, can play across the forward line, and has scored six of his seven goals from inside the penalty area.

Jamal Lowe arrived at the Liberty Stadium from Wigan Athletic in the summer. The forward has featured in all of Swansea’s league fixtures this term, with 16 starts from their 17 matches. Lowe has scored twice during his time at the club, in a 2-0 win over Wycombe Wanderers and a 1-1 draw with Bristol City. Usually deployed as a winger, the 26-year-old has been transformed into a striker under Cooper, often finding himself partnered up front by leading scorer Ayew.

Connor Roberts has been a mainstay in the right-back position within Cooper’s starting eleven this season. The Welsh international has started all of Swansea’s Championship matches during the campaign, with consistent performances on the right flank.