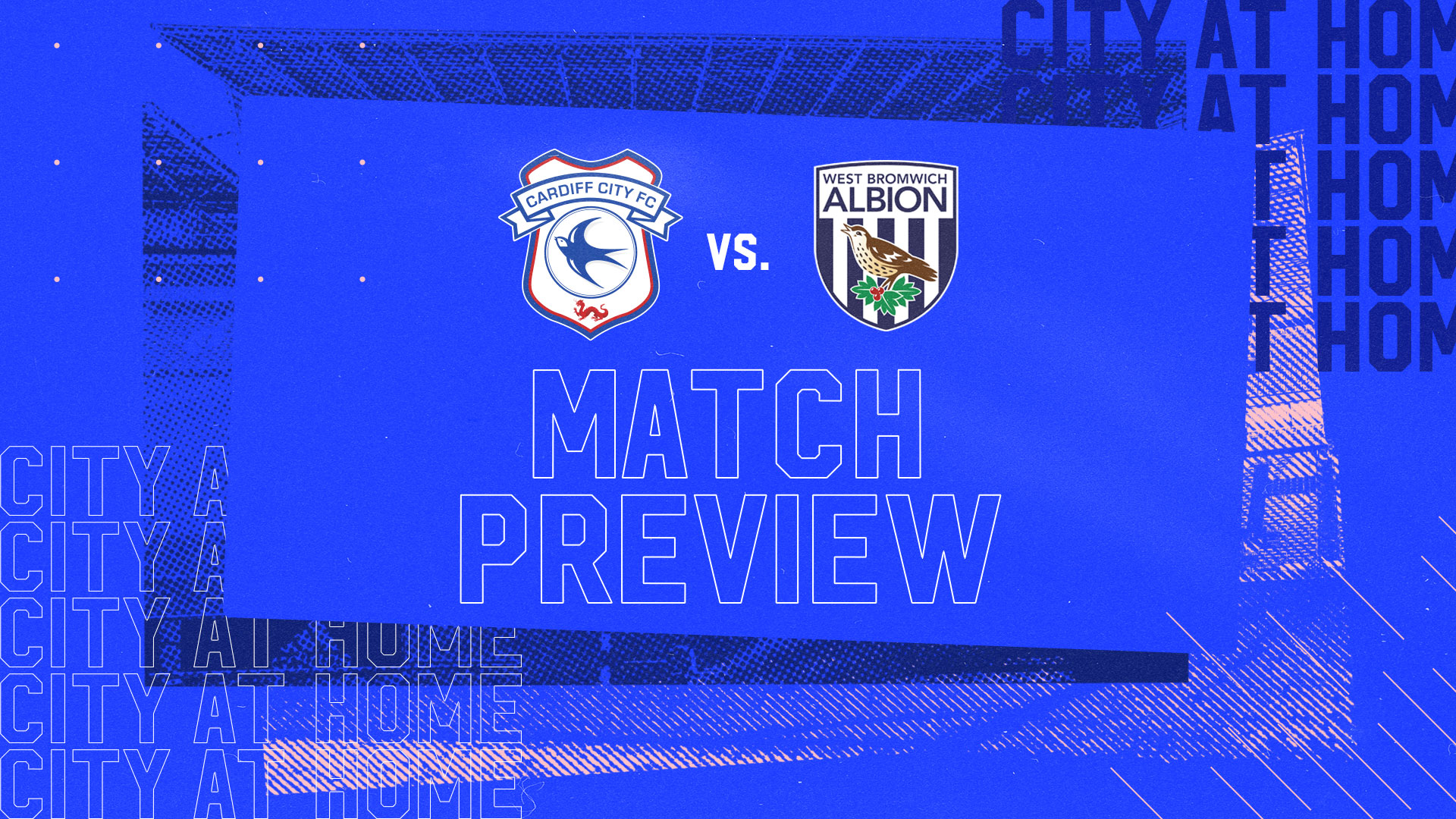 Valérien Ismäel’s West Bromwich Albion travel to the Welsh capital on Tuesday, 28th September. The Bluebirds will take on the high-flying Baggies at Cardiff City Stadium, with kick-off at 7:45pm.

Match tickets for our Sky Bet Championship home fixtures against West Bromwich Albion and Reading are available to buy here.

If you cannot make it to CCS on Tuesday, Cardiff City TV's live video coverage of our fixture against the Baggies is available for supporters to watch worldwide!

The Baggies will be aiming to extend their excellent unbeaten start to the campaign to ten matches on Tuesday evening, having won five and drawn five of their opening fixtures. Relegated from the Premier League last season, the appointment of former Barnsley boss Valérien Ismäel has ensured that Albion have not suffered a post-relegation hangover, with a sharp start to the season seeing West Brom currently occupy 2nd position in the Championship table.

Playing under Ismäel’s 3-5-2 system, Albion began their season with a 2-2 draw at AFC Bournemouth, before recording four consecutive victories to storm into the automatic promotion places. The Baggies defeated 3-2 Luton Town at the Hawthorns, before showing their aerial dominance in an emphatic 4-0 triumph over fellow relegated side Sheffield United. Albion then picked up back-to-back wins on the road, defeating Blackburn Rovers 2-1 at Ewood Park and Peterborough United 1-0 at the Weston Homes Stadium.

After the international break, the Baggies returned to action with three consecutive draws, which saw them drop out of the top two. Two of those draws came at home, against Millwall and Derby County, before the points were shared between Albion and Preston North End at Deepdale. On the weekend, Ismäel’s men returned to winning ways with a 2-1 home victory over Queens Park Rangers to return them into the automatic promotion places.

Alex Mowatt was the only Barnsley player to follow his former boss from Oakwell to the Hawthorns, signing a three-year deal following the conclusion of his contract with the Tykes. The midfielder, who featured in 44 Championship matches last term as Barnsley reached the Play-Off Semi Finals, has slotted straight into the heart of Albion’s midfield this season, playing the full 90 minutes in all nine of the Baggies’ league fixtures. The 26-year-old has already chipped in with two goals and an assist, and looks set to become a key man in Albion’s push for promotion back to the Premier League.

Adam Reach was similarly acquired by Ismäel on a free transfer, joining Albion from Sheffield Wednesday after his time at Hillsborough came to an end with the Owls’ relegation to League One. The versatile 28-year-old, who can operate in midfield, as a left-sided forward or as a left wing-back, has featured on five occasions since arriving at The Hawthorns on August 2nd, starting and playing the full ninety in the past three matched. Known for his habit of scoring spectacular goals, Reach netted 24 times during his time at Wednesday, and will be looking to break his Albion duck on Tuesday evening.

Matt Clarke joined the Baggies on loan from Brighton & Hove Albion, for whom the defender is yet to make his competitive debut. The 24-year-old joined the Seagulls from Portsmouth in 2019, but was loaned out to Derby County for both the 2019/20 and 2020/21 campaigns, amassing over 75 league appearances for the Rams. Clarke was on the move again this summer, joining Ismäel’s side on another season-long loan deal in mid-July. Playing in West Brom’s back-three, the centre-back started in three consecutive victories against Luton Town, Sheffield United and Blackburn Rovers, but has been absent from Albion’s matchday squad since August 21st.

Callum Robinson scored five times in 28 Premier League appearances last season, and has made a good start to the season in front of goal. The former Preston North End and Sheffield United man has netted three goals in eight Championship outings thus far, with an additional three assists to his name. The 26-year-old also has 18 caps for the Republic of Ireland national team, six of which were earned under the stewardship of Bluebirds boss Mick McCarthy between June and November 2019.

Karlan Grant made the move to the Hawthorns last season having enjoyed a stellar 2019/20 campaign with Huddersfield Town. The forward found the back of the net on 19 occasions for the Terries that season, earning him a move to the top flight with Albion. However, after only netting once in league action last term, Grant has adjusted well to life under the formation introduced new boss Ismäel. Operating either through the centre or from the left, the 24-year-old has scored three goals this term, including a match-winning brace against Queens Park Rangers last time out, and has also provided two assists for teammates.

Matt Phillips is another established member of Valérien Ismäel’s starting eleven this season, adding Premier League experience to a relatively young line-up. The 30-year-old has featured in the top flight for the likes of Blackpool and Queens Park Rangers, and recently signed a new deal to extend his stay at The Hawthorns until 2024. The winger has featured in all nine of Albion’s opening league fixtures, with two goals and two assists to his name so far, including one of each during the Baggies’ 2-1 victory over Blackburn Rovers.