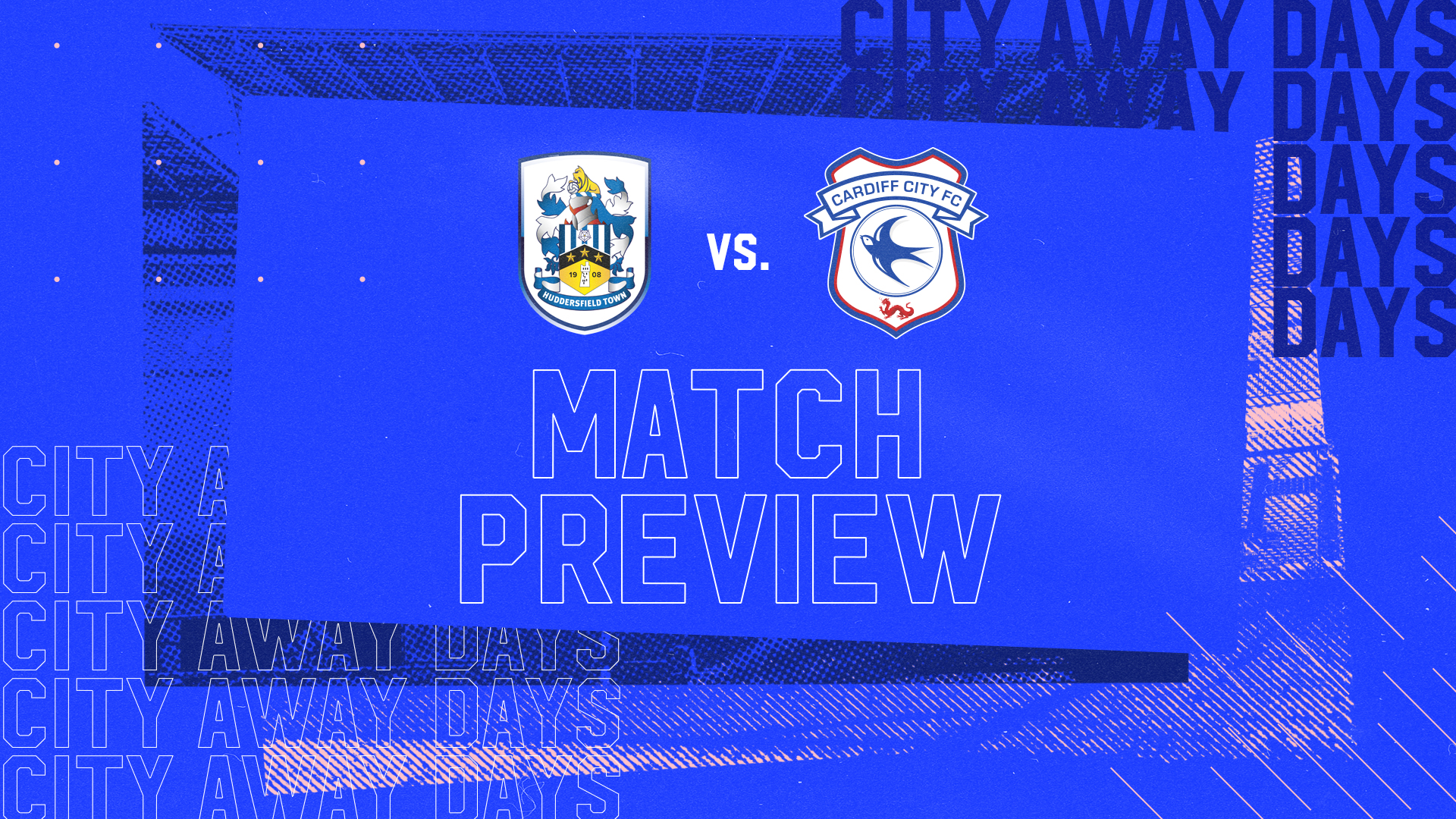 City travel to the John Smith’s Stadium to face Huddersfield Town looking for a second victory over the Terriers this season.

Cardiff City TV's live coverage of the Bluebirds' away fixture against the Terriers will be available to watch worldwide this Wednesday!

UK based Supporters will need to purchase a Match Pass if they wish to watch the fixture on Cardiff City TV.

With the game kicking off on Wednesday evening, Cardiff City TV will be able to broadcast the match domestically as well as internationally.

Huddersfield Town are currently on a fantastic unbeaten run, having avoided defeat in their last 15 games in all competitions.

The Terriers have made a positive start to the calendar year, earning victories over Reading, Derby County and Fulham, as well as knocking Burnley and Barnsley out of the Emirates FA Cup.

In their most recent victory over Fulham, former Bluebird Danny Ward opened the scoring at Craven Cottage with a shrewd finish, before Duane Holmes netted from the spot on the stroke of half time.

Despite another former Bluebird, Bobby Decordova-Reid, getting the scoresheet to halve the deficit for Fulham, the Terriers held on to topple the league-leaders.

Huddersfield’s impressive form under manager Carlos Corberán sees them in fifth position in the Championship table, level on 53 points with Queens Park Rangers and trailing Blackburn Rovers by a single point.

A standout performer for the Terriers this season has been striker Ward, who has netted on 11 occasions, averaging a goal every 207 minutes.

Largely contributing to his goal tally has been Wales international Sorba Thomas, recording 11 assists from his position on the right, providing dynamism in Corberán’s side.

Huddersfield’s defensive record has also been hugely impressive so far this campaign, with five clean sheets already this calendar year.

Playing a part in that is goalkeeper Lee Nicholls, who has made a fine impression in his first season at the club since signing from MK Dons in the summer.

There have been a number of players to have represented both City and the Terriers, including club captain Sean Morrison. The defender had a loan spell at the John Smith’s Stadium in 2012, before moving to the Welsh capital.

Another City skipper to play for Wednesday’s opponents is Mark Hudson. Now First Team Coach at CCS, Hudson made over 100 appearances for both the Bluebirds and the Terriers, winning promotion to the Premier League with both clubs.

City goalkeeper Alex Smithies was born in Huddersfield and went on to represent his hometown club for eight seasons, amassing over 200 league games. Former City striker Danny Ward first played for the Terriers in 2011, and returned to the John Smith's Stadium after departing CCS in 2020.

More players to feature for both clubs include Frazier Campbell, Lee Peltier and Anthony Pilkington, all of whom aided the Bluebirds to promotion during their spells in South Wales.