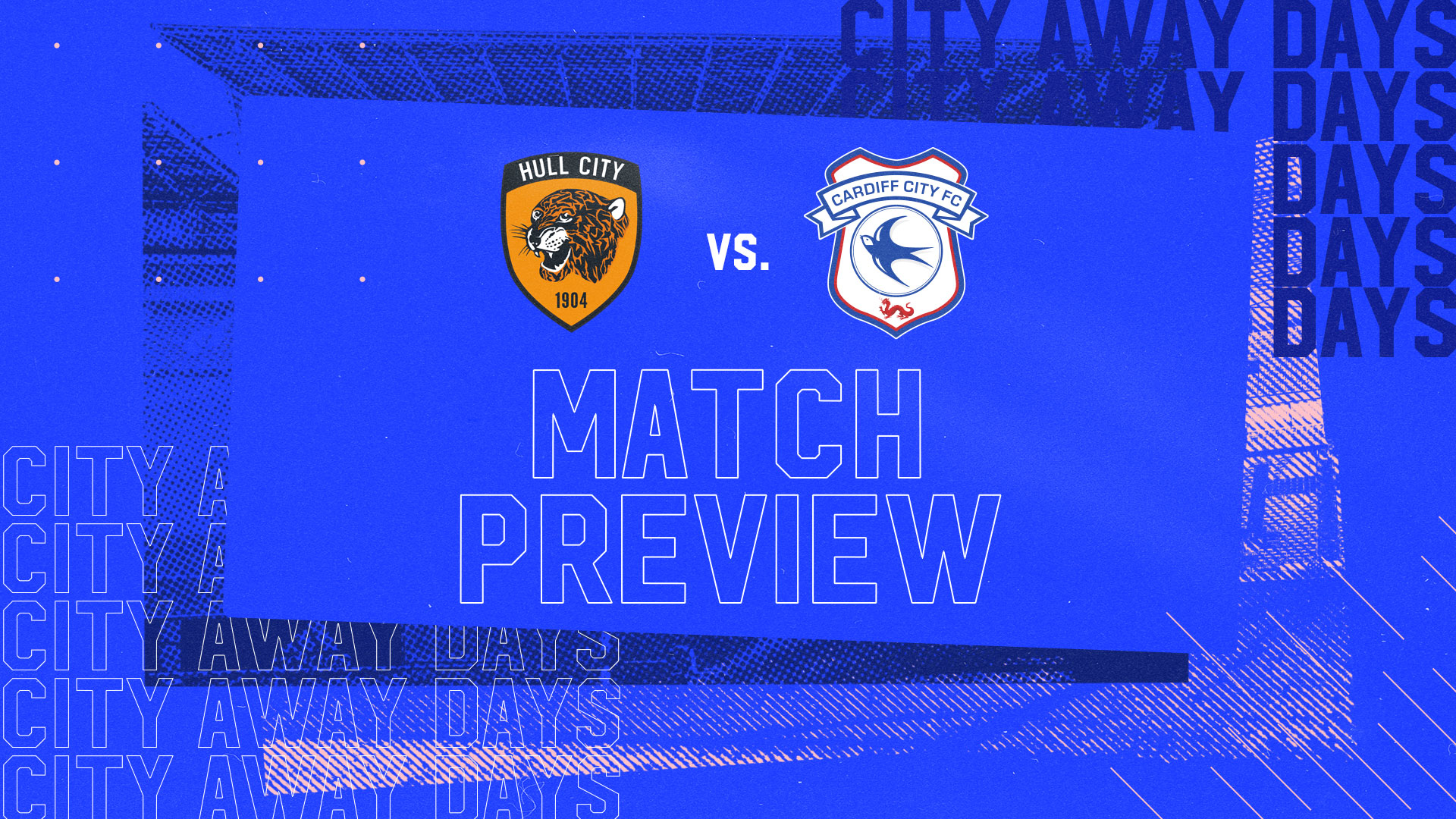 The Bluebirds travel to the MKM Stadium on Friday, April 15th, 2022.

The Tigers vs. Cardiff City will kick-off at 3pm.

For those not travelling to watch the Bluebirds this Friday afternoon, Cardiff City TV has got you covered with their worldwide live video from the fixture!

Available for £10, click here to purchase your Video Pass!

Shota Arveladze is the current man in charge at Hull City, having taken over from Grant McCann in January 2022. The former Rangers forward is in his sixth managerial role of his career, having previously managed the likes of Trabzonspor and Maccabi Tel Aviv.

The Georgian hasn't won on home turf since his first match in charge, against Swansea City. Since that game, the Tigers have been successful three times on their travels. Hull City come into this match in 20th in the Championship table - 15 points clear of the relegation places.

Speaking ahead of the match, Arveladze said: “We’re in a good position but it doesn’t mean we’re done.

“The teams and the clubs who still chasing, I think everybody would wish to have the position we have now, five games to go, for Barnsley is six.

“This team wants to get maximum points off each game and that’s the way we want to go on; it’s very good to hear that from the boys and it gives us pleasure to work here.”

Hometown forward Keane Lewis-Potter has been their key player in front of goal this season. The striker has netted nine times in the Championship (ten in all competitions) and appeared in every league game for the Tigers. Lewis-Potter's fine form was rewarded last month with an England U21 call-up.

Ryan Longman completed a permanent move to the MKM in January from Brighton & Hove Albion after a successful loan spell in the first half of the campaign. Longman has four goals to his name in the league in 2021/22.

Their second top marksman for the current campaign is creative midfielder George Honeyman, with five league strikes from 30 matches.

One trip to Hull will never be forgotten by any Bluebirds fan. In April 2018, Cardiff City headed to Humberside, fighting it out with Fulham in the race for promotion to the Premier League.

A win was needed in a tough match against the Tigers. And our skipper well and truly stepped up to the mark. Sean Morrison powered the Bluebirds into the lead in the first half. It was a tight, tense match with a goal for either side in the second half possibly promotion defining. Thankfully, for City, that second goal came our way, and in style.

Nathaniel Mendez-Laing broke from his own half with the ball - and when looking across for support, noticed the remarkable run of his captain, Morrison, who had darted from his own box. NML found Morison with a looped pass. Morrison, under pressure from future Bluebird, Harry Wilson, showed the composure of a clinical forward in beating Wilson, before firing with his weaker left foot into the corner, delighting the near 2,400 travelling Bluebirds.