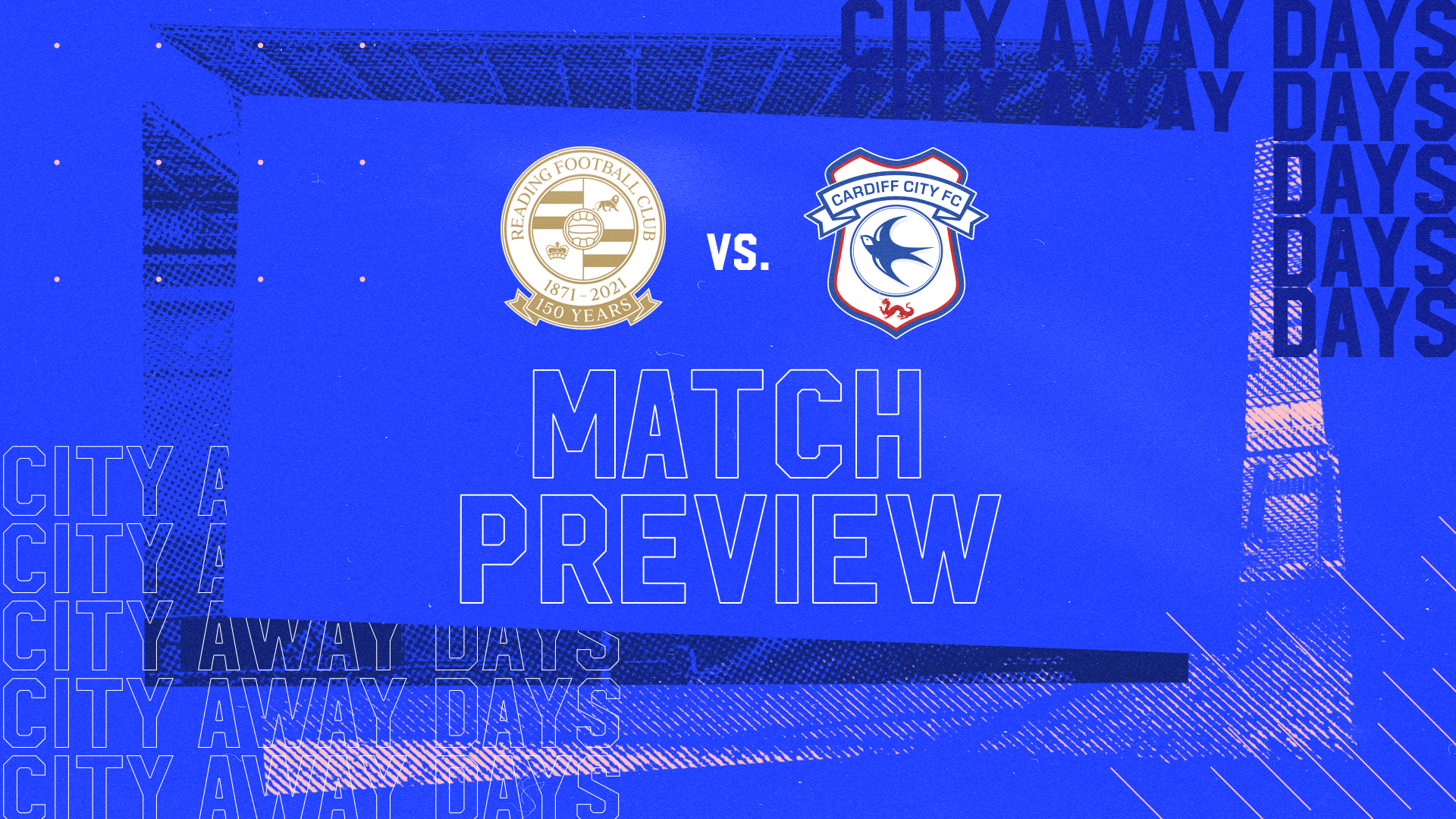 City travel to the Select Car Leasing Stadium to face Reading on Saturday afternoon, with kick-off at 3pm.

Supporters in the UK can purchase a Monthly Audio Pass to listen in for just £5!

For audio throughout the season, purchase an Audio Only Season Pass for £45.

After last season's 7th-place finish, the Royals have been unable to mount another push for the Play-Offs this term, and have spent much of the campaign battling to pull away from the lower reaches of the table.

Reading come into Saturday's clash sitting in 21st position, but have an eight-point gap between themselves and the drop zone. The Royals have picked up 37 points to date, and are four positions and nine points behind the Bluebirds.

Veljko Paunović left his role at the Select Car Leasing Stadium in February, and was replaced by Paul Ince, father of current Reading winger, Tom. After a slow start to his time at the helm, the 54-year-old has overseen an upturn in form over recent weeks, with the Royals currently on a four-match unbeaten run.

Ince's side halted a three-match losing streak by holding promotion challengers AFC Bournemouth to a 1-1 draw, before defeating Play-Off hopefuls Blackburn Rovers prior to the international break. Since returning to action, Reading have recorded a draw away at Barnsley and a home victory against Stoke City.

Reading's star man this term has been midfield maestro John Swift, who has enjoyed his most fruitful campaign in front of goal. The Chelsea academy graduate has scored 11 times in all competitions, with a further 13 assists to his name - second only in the division to former Bluebird Harry Wilson, with 14.

In attack, Lucas João has returned to the side after missing much of the campaign with a hip injury. The striker has netted six goals in eighteen league outings, but has not found the back of the net since a 4-1 defeat to Blackpool back in late February.

Midfielder Tom Dele-Bashiru has also enjoyed an impressive campaign for the Royals since joining on loan from Watford. A product of the Manchester City academy, Dele-Bashiru has contributed with four goals and three assists from the centre of the park so far this season, and has missed just seven league fixtures.

There are a number of current connections between the Royals and the Bluebirds, including winger Junior Hoilett, who moved to Berkshire last summer after making 145 appearances for City, scoring 25 goals and playing a key role in our promotion to the Premier League in 2017/18. His Reading teammate, Danny Drinkwater, made 12 loan appearances in the Welsh capital during the 2010/11 camapign.

City skipper Sean Morrison and striker Uche Ikpeazu were teammates at Reading early in their careers; Moz made 45 appearances for Reading between 2012 and 2014, whilst Ikpeazu came through the club's youth ranks. Meanwhile, Leandro Bacuna joined the Bluebirds directly from the Royals in January 2019.

A cult icon at both clubs, Robin Friday is fondly remembered by Bluebirds and Royals alike. Robin's grandchildren will be delivering the match ball to the pitch on Saturday afternoon, and you can read more about his City career here.