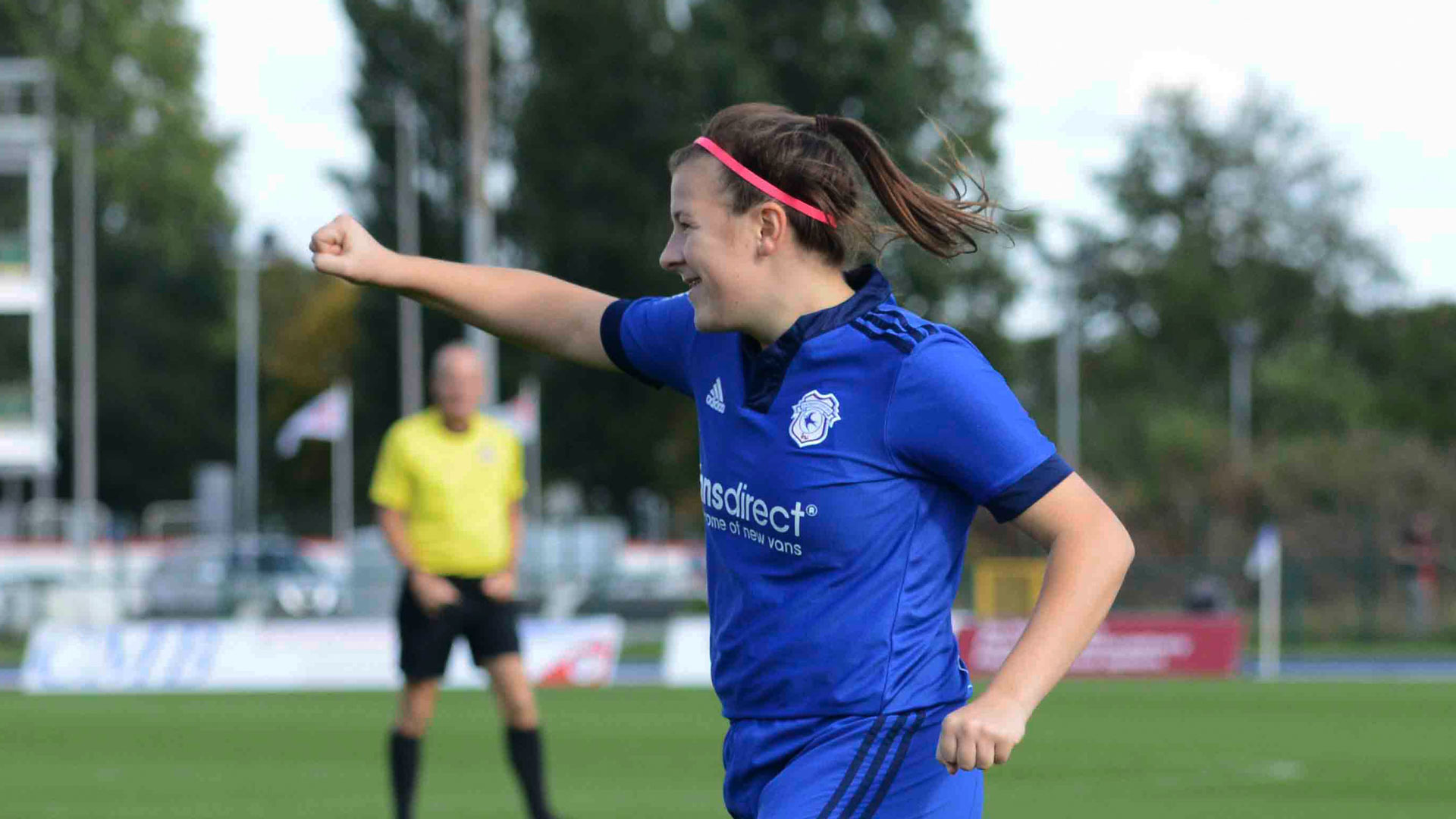 City finished the Adran Premier campaign on a high with a 2–0 win over Aberystwyth Town at Park Avenue on Sunday afternoon.

A fantastic first-half brace from Megan Saunders was enough to secure all three points for the Bluebirds.

Boss Iain Darbyshire made four changes to the side that drew to Cardiff Metropolitan University last time out, with Amelia Forkings, Hollie Smith, Phoebie Poole and Michaela Major coming into the starting XI, the latter for her first senior start.

City started well and were rewarded for doing so, taking the lead in the tenth minute, as a a great header back across goal from right-back Smith was tucked away by Saunders. The hosts responded well and went close to a swift equaliser, but were denied by Siobhan Walsh’s brilliant clearing header and a fine save from Forkings.

The Bluebirds continued to create chances, with Major putting a fantastic ball through for winger Danielle Green, who forced a save out of Ffion Ashman. From the resulting corner, Ffion Price’s delivery found Smith, whose powerful effort at goal was cleared off the line.

In another positive attack, Lily Billingham drove forward and set Major through, only for the lively attacker to be denied once more by Ashman. The Bluebirds were clinical and doubled the lead in the 37th minute, as Saunders caught the Seasiders shot-stopper off her line with a brilliant lobbed effort to send City into the interval with a 2-0 advantage.

Darbyshire’s side continued to attack with intent in the second period, with winger Green finding space on the left, only for her effort to be blocked by Rebecca Mathias. Green was again involved in a chance for the Bluebirds, as she crossed dangerously towards Saunders, who was just beaten to the ball by Mathias.

As the City boss looked to his bench for reinforcements, substitute Eliza Collie almost made an instant impact, crossing dangerously into the area, only for her cross to just evade Poole. Billingham posed a threat throughout and could have got on the scoresheet, as she drove forward before releasing an effort just wide of the post.

Saunders almost capped a fine performance a hat-trick, turning shrewdly in the box, before firing just wide. After a professional display, City finished the league campaign with all three points.

The Bluebirds return to action in the final game of the season next week, competing with Cardiff Metropolitan University in the FAW Women’s Cup Final on Sunday, 24th April, 2pm KO. 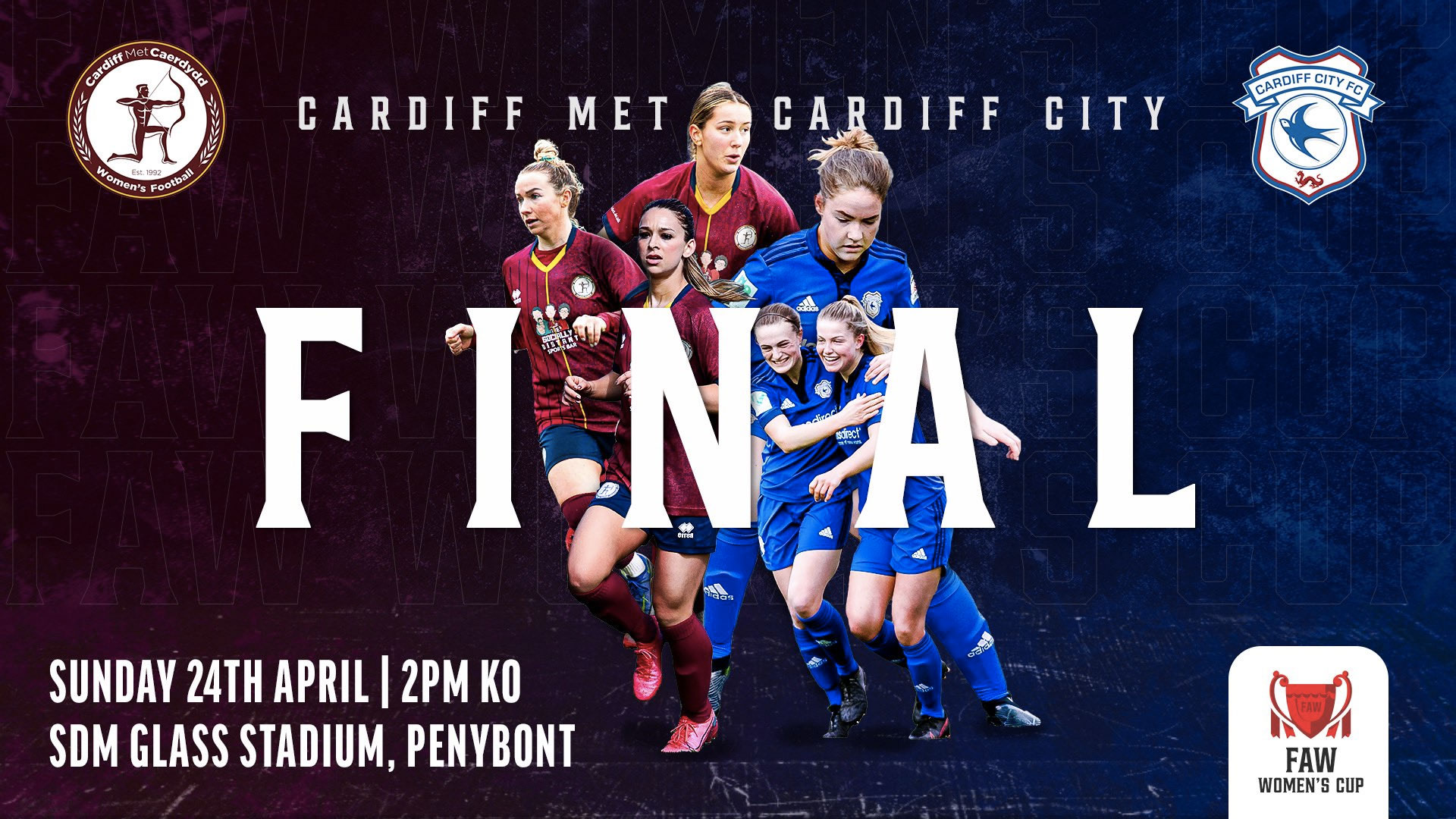 After the final whistle, head coach Iain Darbyshire spoke to cardiffcityfc.co.uk: “It was a very competitive game,” he began. “I thought we did well in patches. It was a professional performance, some players made a good impression and it was a battle ahead of next week, where we haven’t had any injuries. We wanted to win today to take momentum into next week. We couldn’t just take our foot off the gas. Credit to Aber, they made it difficult for us, but we created chances, could have had a few more goals and were professional throughout.”

Commenting on Saunders’ brilliant brace, Darbyshire added: “We’ve been working really hard with Meg. She had a tricky injury that was quite challenging for her. We’ve had conversations with her on how to get her back to her best. She’s done really well for us and it bodes well that she’s hitting form now going into the cup final next week.”