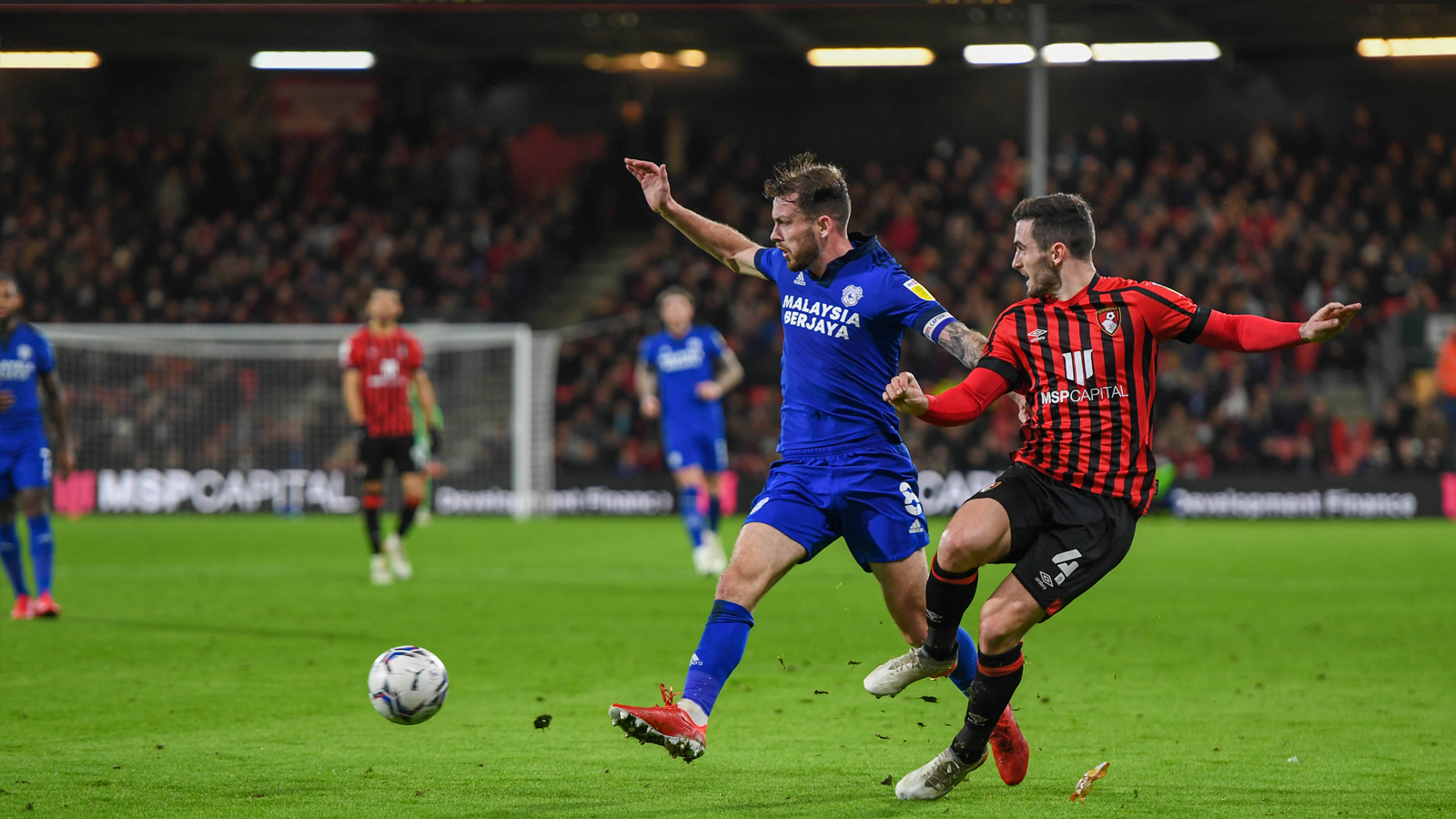 Steve Morison made three changes to the side that started last time out against Birmingham City, with Mark Harris, Will Vaulks and Leandro Bacuna coming in for James Collins, Rubin Colwill and Marlon Pack.

Vaulks’ long throw was flicked towards the six-yard area by Mark McGuinness, where Kieffer Moore headed towards goal. Mark Travers looked to have initially misjudged the effort, but quickly recovered, denying City an early lead.

Mounting pressure onto the visitors, the hosts responded by creating a series of chances in the following minutes of play. Aden Flint cleared well following a threatening run into the area by Jefferson Lerma, before Leandro Bacuna lunged to block Dominic Solanke’s strike towards the back post on the quarter hour mark.

The Cherries took the lead in the 26th minute, as Ryan Christie’s strike from the edge of the area took a cruel deflection off McGuinness’ leg, beating Alex Smithies between the sticks.

City weren’t without their chances as they set about equalising before the break, pushing quickly when in possession to level the score. The biggest opportunity came with less than ten minutes remaining of the first half, as Ryan Giles burst down the left wing with the ball at his feet, before crossing low towards Moore.

Beating his marker to the ball, Moore struck with his first touch, only for Travers to make a strong diving save to parry the ball away from danger.

The Bluebirds were reduced to ten men in injury time, when a poor tackle from Bacuna brought down Philip Billing.

Solanke doubled the lead in the 68th minute, finishing from inside the area following consistent pressure by the hosts.

Thanks to their numerical advantage, Bournemouth controlled the flow of play with a majority of possession.

Smithies pulled off a wonderful save in the 82nd minute to deny Billing, diving quickly to his left to deny the Cherries from five yards out.

Adding a third and final goal, Lerma shot a loose ball inside the area, which hit the crossbar before crossing the goal line in the 83rd minute.

With the final whistle blown, ten-man City were defeated by the league leaders.