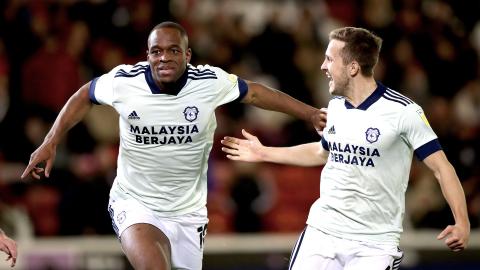 The Bluebirds recorded an important 1-0 away victory over Barnsley at Oakwell on Wednesday evening.

Steve Morison made just one change to the side that beat Nottingham Forest at home on Sunday afternoon. Joe Ralls missed out for this clash with a knock, with Will Vaulks coming into the starting XI. January transfer deadline day signing Uche Ikpeazu took up a spot on the subs bench.

The first chance of the game fell the way of the hosts, but Alex Smithies was equal to Josh Benson's effort after four minutes. City were forced into an early change at Oakwell, with skipper Sean Morrison unable to continue. Aden Flint replaced him after 11 minutes.

The Bluebirds were forced into long range efforts in the opening half, with Tommy Doyle twice attempting to open the scoring for distance, but missing the target.

Forward Devante Cole dragged an effort wide with 34 minutes on the clock, while defender Liam Kitching had the best chance of the first 45 minutes late on, missing a header at close range.

Chances continued to be at a premium in the second half with Morison making a decision to bring Isaak Davies on for Max Watters early in the second half. A third change had to be made shortly after as loanee Alfie Doughty was cynically fouled by Mads Andersen. Doughty was unable to carry on at Oakwell, with forward Ikpeazu brought on in his place for his Bluebirds bow.

City's new number ten didn't take long to settle into his new team, scoring just nine minutes after entering the match. The Middlesbrough loanee met his own flick on, held off his marker and ran forward before shooting across goal and into the net, much to the delight of the travelling support he immediately went to join in celebration.

The Bluebirds almost had a second late on but Will Vaulks' left footed volley drifted wide.

The hosts, fighting for their lives in the Championship, put City under intense pressure in added time, and did find a way to score in the final minute, only for Aaron Leya Iseka's effort to be ruled out by the assistant referee's flag. City holding on for a much needed clean sheet and a huge three points on the road.