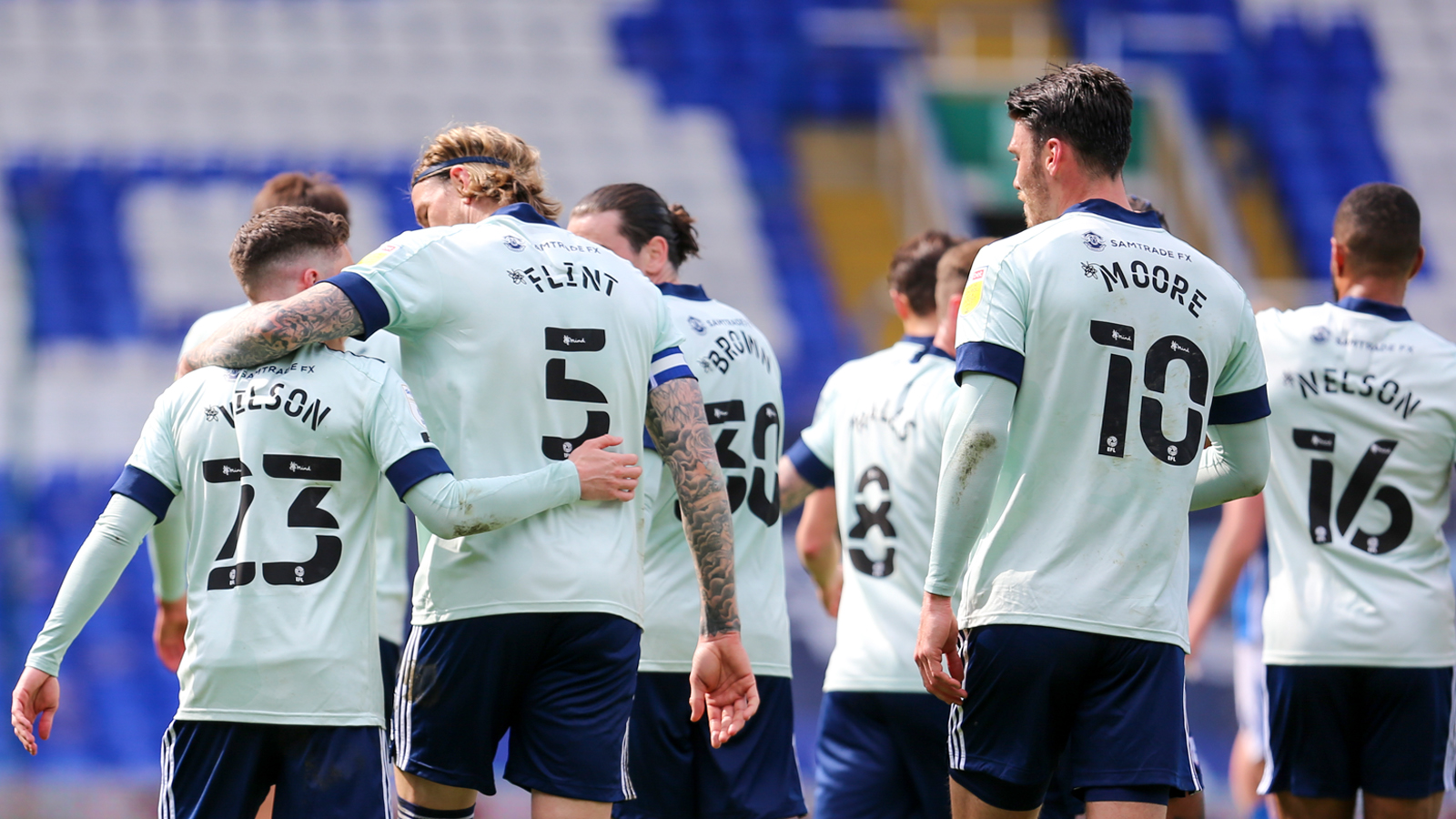 Harry Wilson scored a sublime hat-trick at St Andrew’s to give the Bluebirds a 4-0 victory over Birmingham City.

The Welshman netted an early lob followed by a pair of excellent free-kicks, with Mark Harris also on target for City in an emphatic away performance.

Mick McCarthy made several changes to his starting eleven at St Andrew’s, with Dillon Phillips, Leandro Bacuna and Harry Wilson coming into the line-up. The boss also named several Academy players amongst the substitutes, including Sam Bowen, Kieron Evans and Isaak Davies.

The Bluebirds were the better team in the opening period and took an early lead thanks to a fantastic finish from Wilson. The Welsh international led a fierce press alongside his countryman Kieffer Moore, forcing several short passes around the Birmingham back-line. One such pass from Marc Roberts was misplaced, falling straight to Wilson with goalkeeper Zach Jeacock off his line. The attacker applied an excellent finish, chipping the ball into the far corner with the outside of his boot to put City in front. 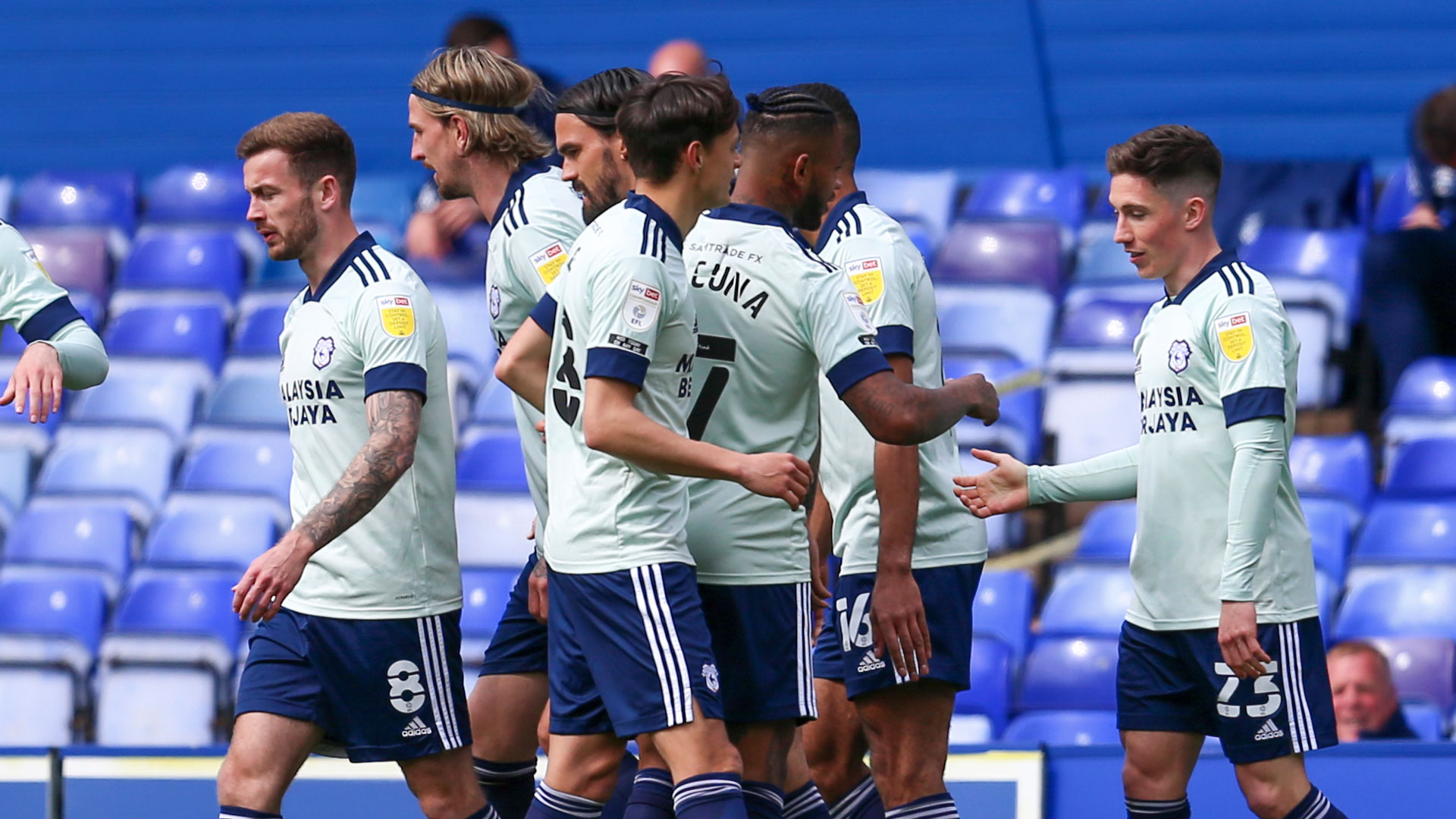 Lee Bowyer’s side, which contained a number of young players, created few clear-cut chances in the first half, with left-back Steve Seddon firing wide from distance. Fellow youngster Ryan Stirk looked the liveliest of Birmingham’s attacking players, and set up Ivan Šunjić for the hosts’ best chance of the half. However, the Croatian midfielder was unable to hit the target from a good area, curling the ball wide of goal from a central position inside the City box.

McCarthy’s men finished the first half in a strong fashion, with Wilson showing his quality on a number of occasions. The winger was picked out by a superb pass from Ciaron Brown on the 38-minute mark, bringing the ball down and unleashing a powerful shot. Wilson’s effort was well held by Jeacock, who endured a busy afternoon on his second Championship start for the Blues.

However, the stopper was powerless to prevent Wilson from netting his and City’s second of the match, with the Welshman netting an excellent free kick. Wilson did well to draw a foul on the edge of the area, taking a clever touch past his man before being brought down. Picking himself up to deliver the set-piece, the winger’s low strike curled around the wall, past Jeacock and neatly into the bottom corner to put the Bluebirds firmly in the driving seat at the break. 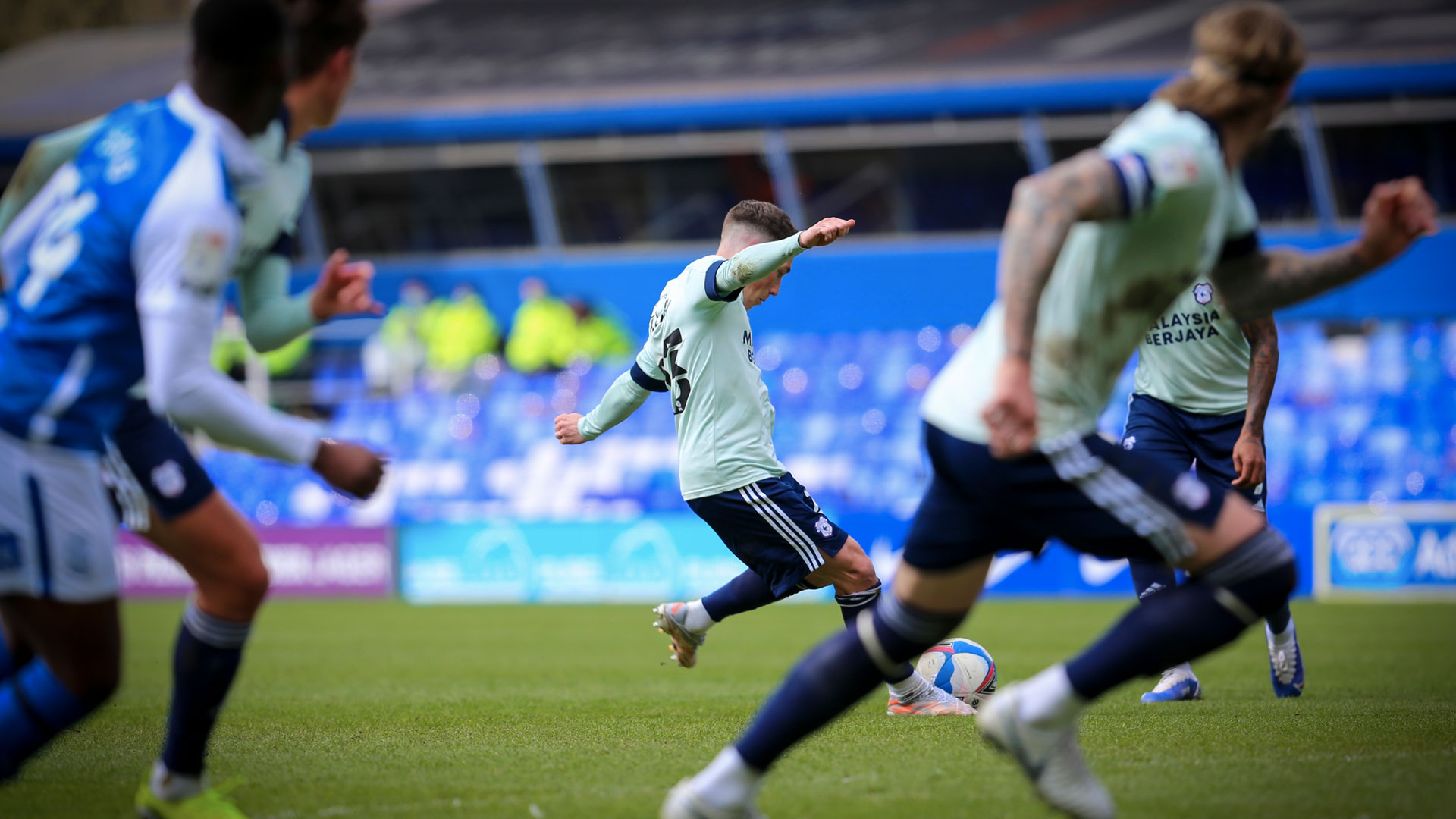 The second period started in the same fashion as the first, with City creating plenty of attacking opportunities. A clipped ball into the box appeared to have struck the hand of Amari Miller, but instead the ball fell to Mark Harris, who had been introduced at the interval. The striker got his effort away from close range, forcing another fine save from Jeacock.

The Birmingham stopper was called into action yet again three minutes later, following another excellent press from the Bluebirds. Wilson was involved once again, pinching possession inside the hosts’ penalty area and teeing up Rubin Colwill. Making his second senior start, the young midfielder fired a powerful effort on goal, but sent his shot straight at the keeper.

City were unrelenting in their work-rate across midfield, winning the ball on several occasions and creating chances on the counter attack. One such opportunity paid dividends for McCarthy’s men, with Harris scoring an excellent breakaway goal. Fellow substitute Josh Murphy broke down the left and played an inch-perfect pass with the outside of his boot to release his teammate. Breaking away from his marker, Harris executed a fine finish from the edge of the area, finding the bottom corner to put the result beyond doubt. 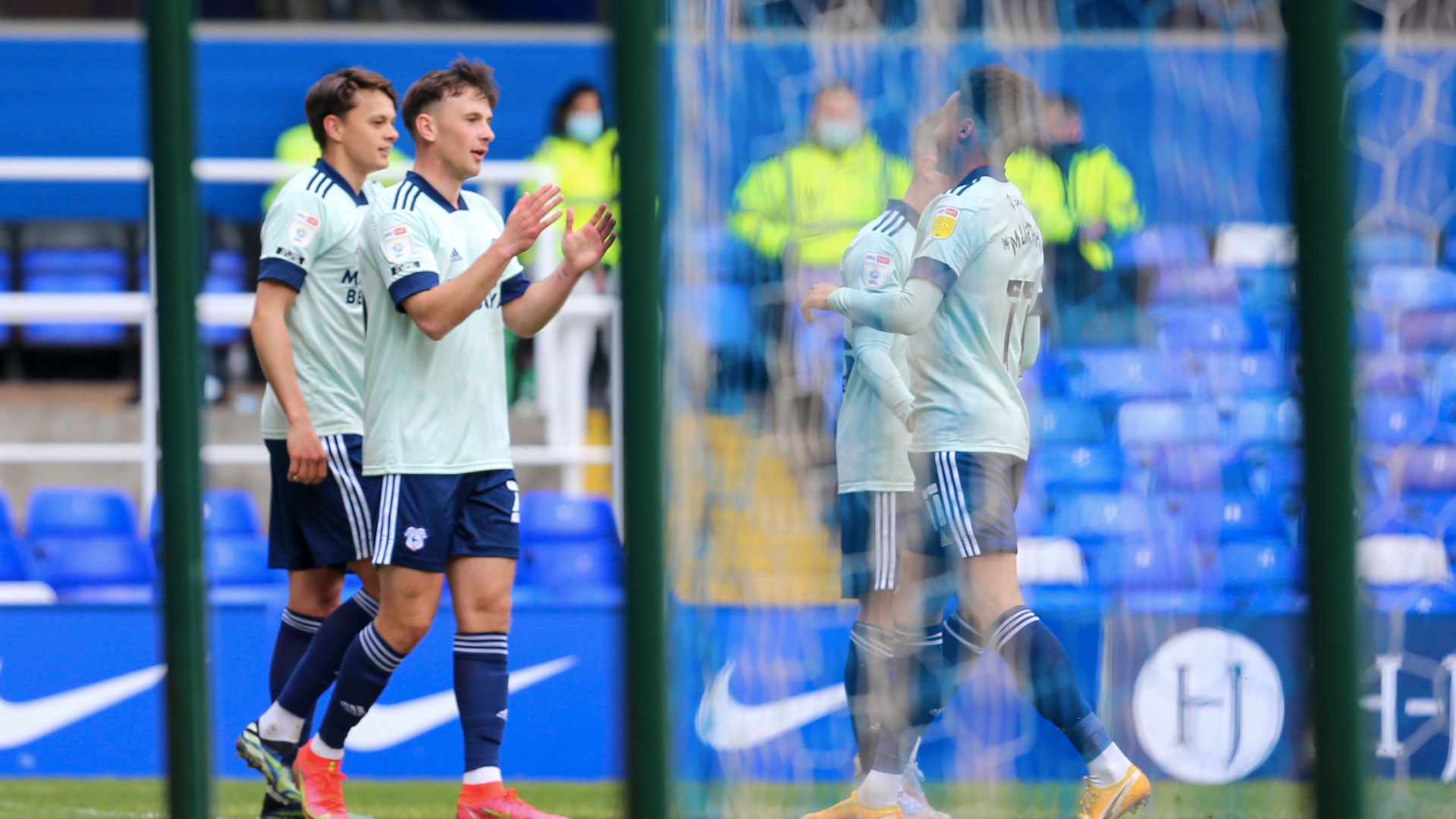 Capping off a remarkable individual performance, Wilson was able to complete his hat-trick with his final touch of the afternoon. Earning a free kick in a dangerous area, the Welshman looked poised to curl the ball towards the near post, but instead delivered an arrow-like strike across goal towards the far side. Goalkeeper Jeacock was deceived by Wilson’s set-piece expertise, with the ball whistling into the top corner to round off a fine overall display.

The final whistle brought the afternoon’s match to a close, with Wilson deservedly taking the match ball back home with him to South Wales. City will be back in action next weekend four our final fixture of the 2020/21 season, with Rotherham United the visitors to Cardiff City Stadium on Saturday, 7th May (12:30pm). 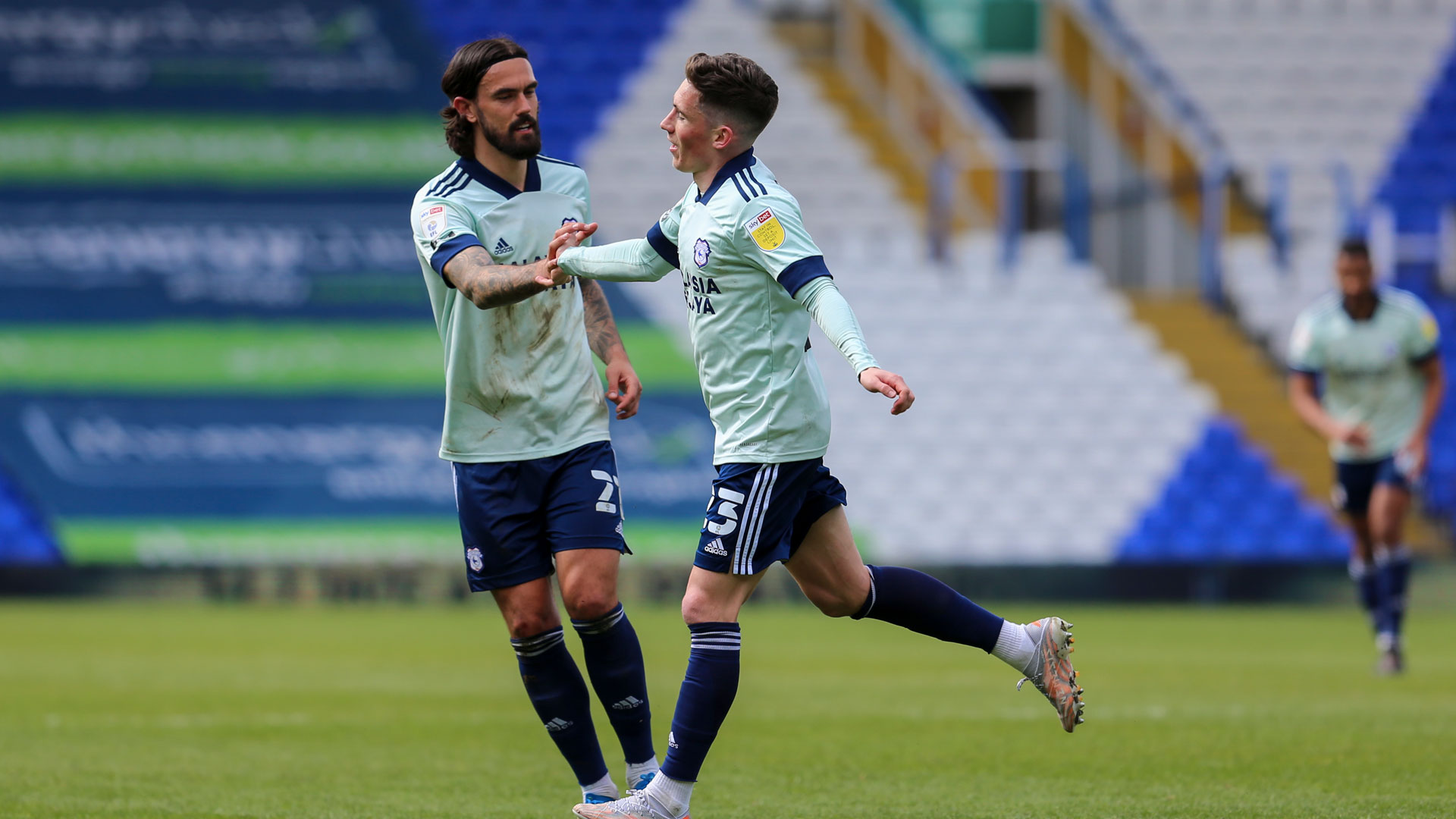 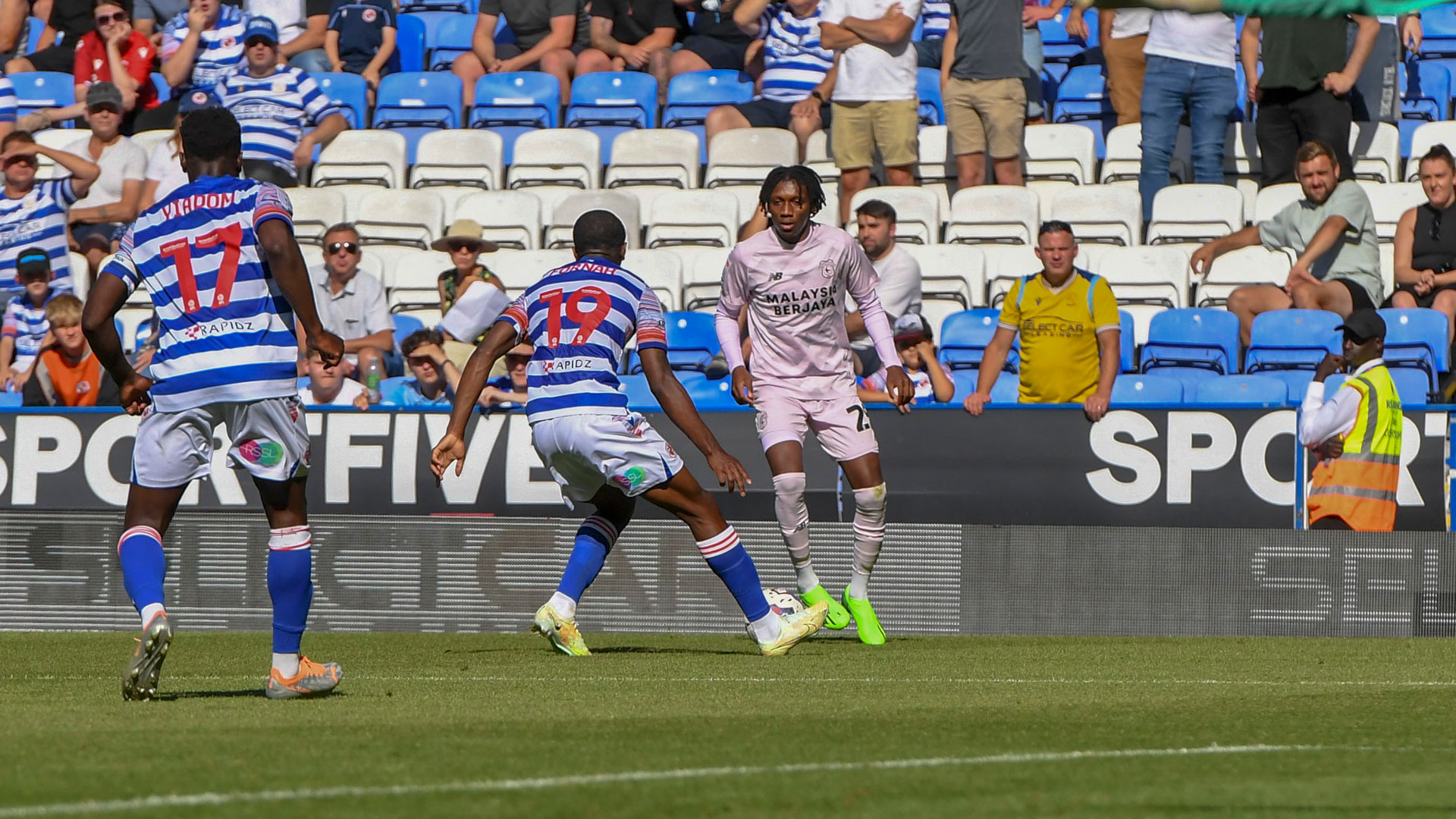 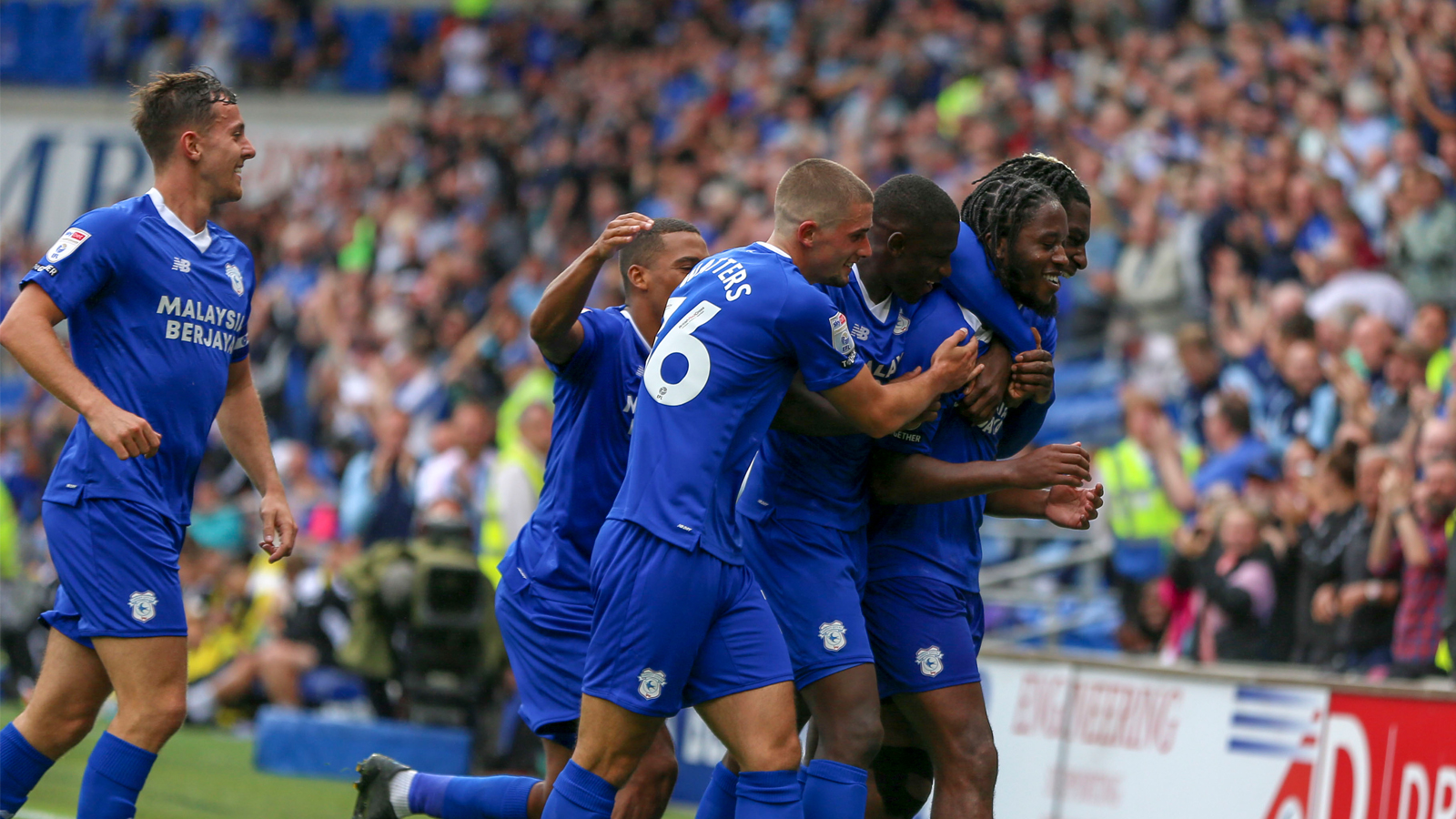 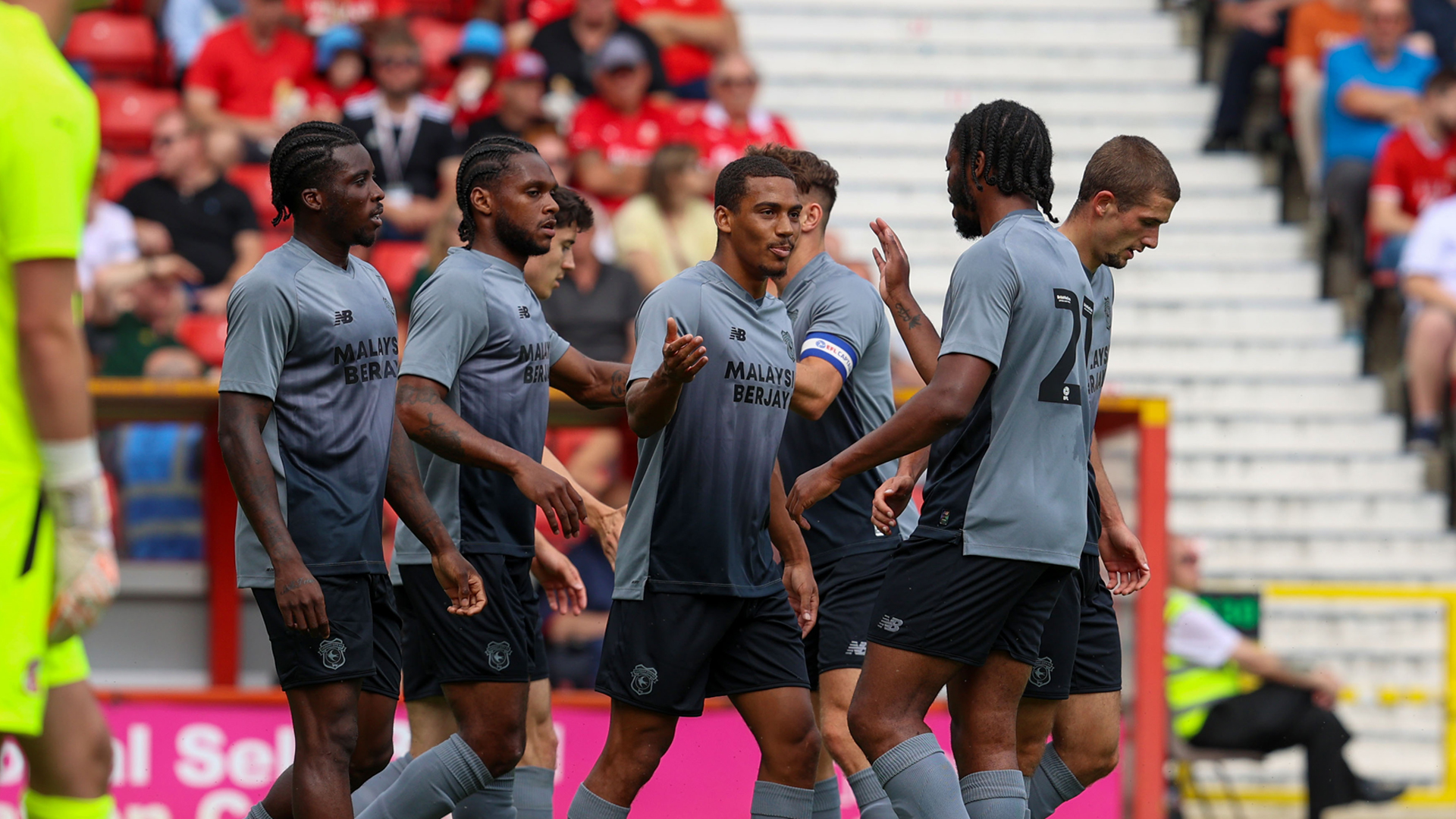