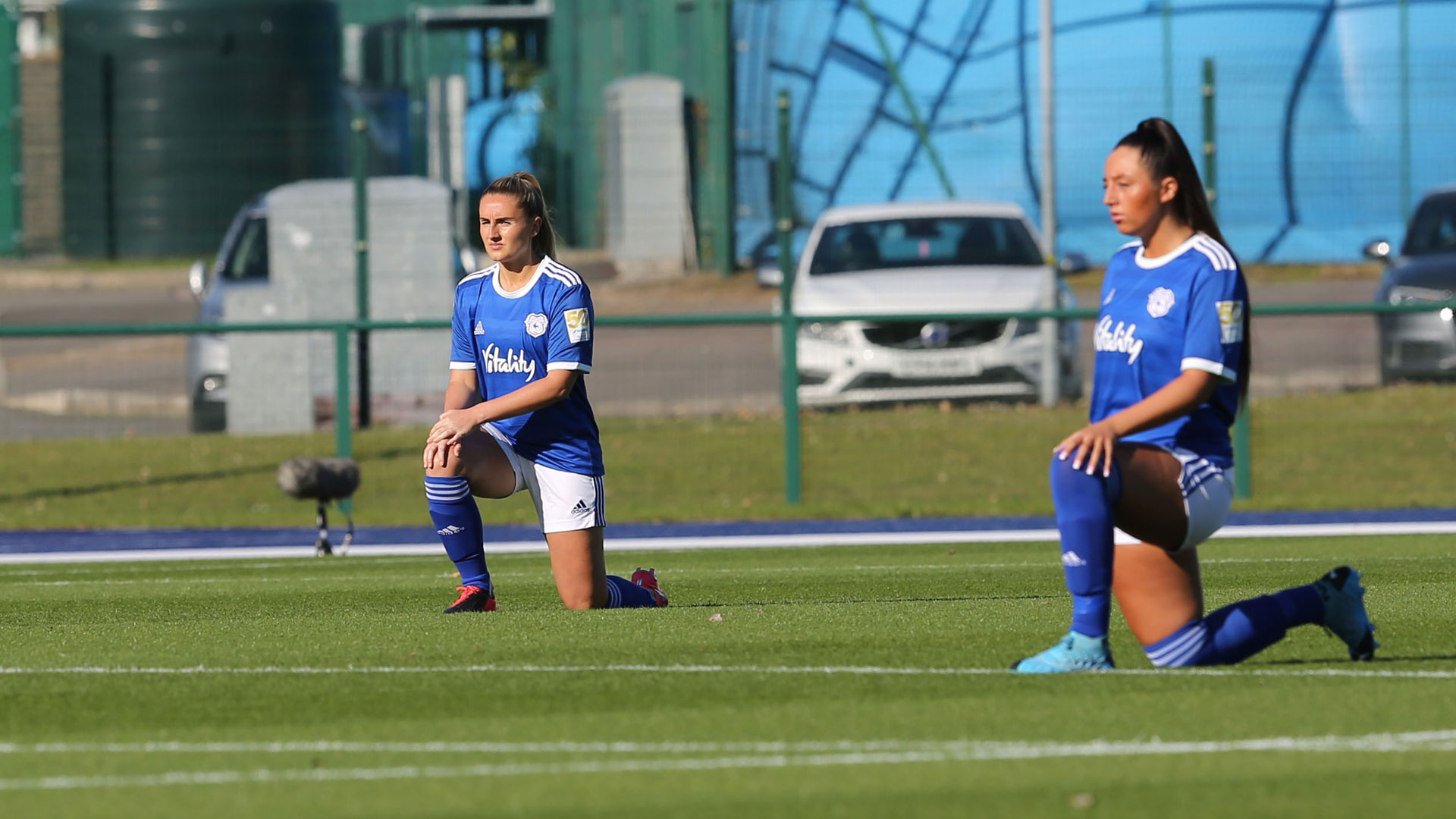 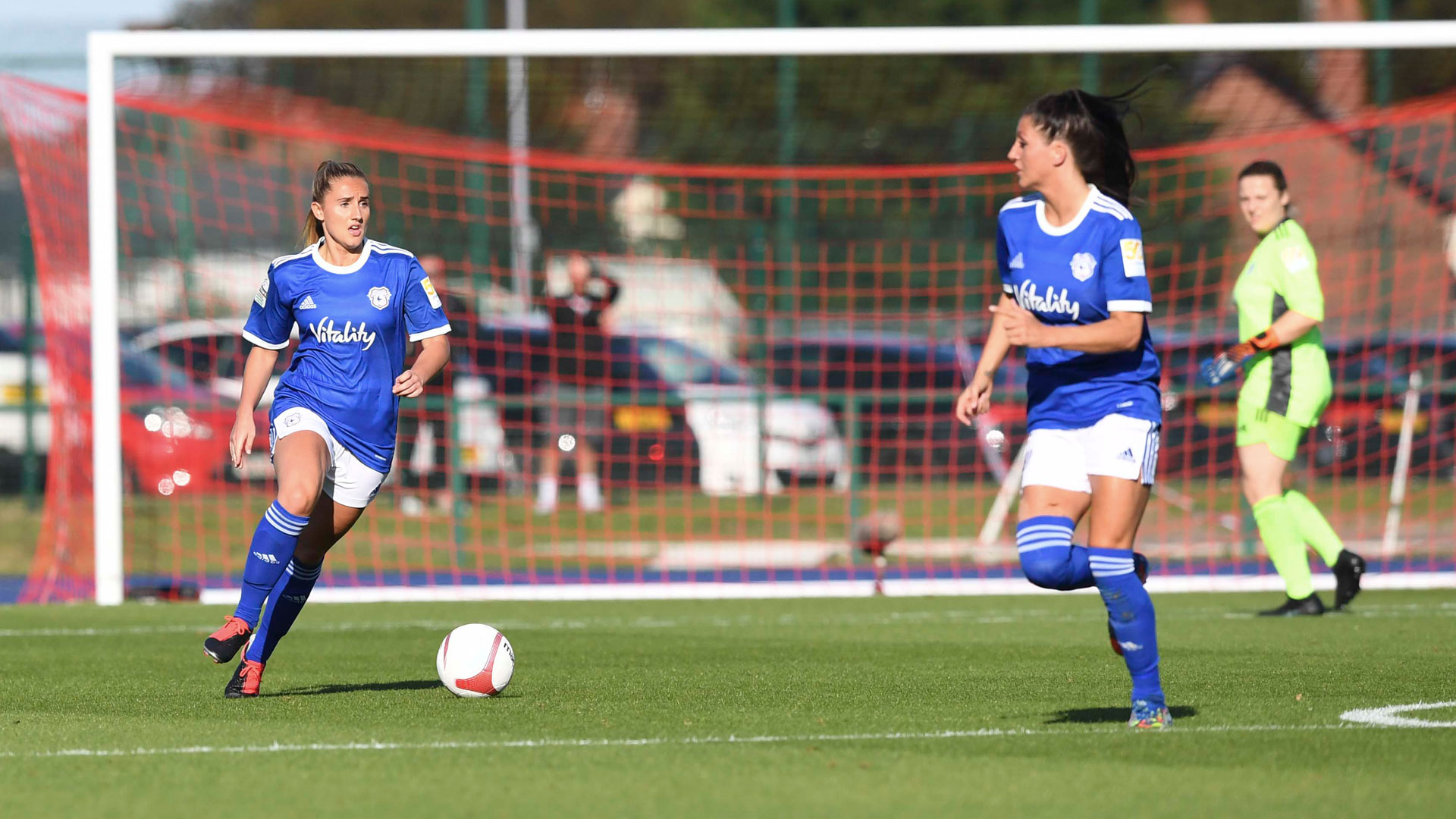 Head Coach Iain Darbyshire made two changes from the side that faced Swansea City on the opening day with Ceryn Chamberlain starting in goal - while there was a first ever start for 16-year-old midfielder Phoebie Poole, who joined the Club from Barry Town United in the summer.

The Bluebirds were facing off against a determined Briton Ferry side - who were extremely difficult to break down in the opening exchanges.

City found a way through just before the half hour mark, taking the lead through forward Zoe Atkins. The 28-year-old reacted quickest in the penalty area to slot home at close range.

The away side were in control - and after netting their first, took full advantage of the extra possession to score twice more in quick succession. Right-back Lisa Owen reached the ball in the area after 36 minutes, before directing it towards the far post - and into the back of the net with a deft finish.

Not to be outdone, her fellow defender Hannah Daley scored a wonder goal six minutes later to give Darbyshire’s side a commanding lead at the break. The central defender took aim and looped a powerful strike into the net from 35-yards.

Playing in a central role alongside the attack, debutant Poole had a lively first 45 minutes as a Bluebird, but was unable to net despite a couple of chances. She made no mistake with her first chance of the second half though - breaking in behind the Briton Ferry defence, and placing a low shot into the back of the net to mark an impressive first outing with a goal.

The home side put in a stubborn performance throughout despite the scoreline - and even threatened to fightback into the game with goals after 54 & 74 minutes through Lowri Baker and Sophie Topper.

But, it was the City's day - and they were rewarded for a strong performance with fifth goal in added time. Catherine Walsh reacting well to divert home Sophie Norman’s dangerous cross.