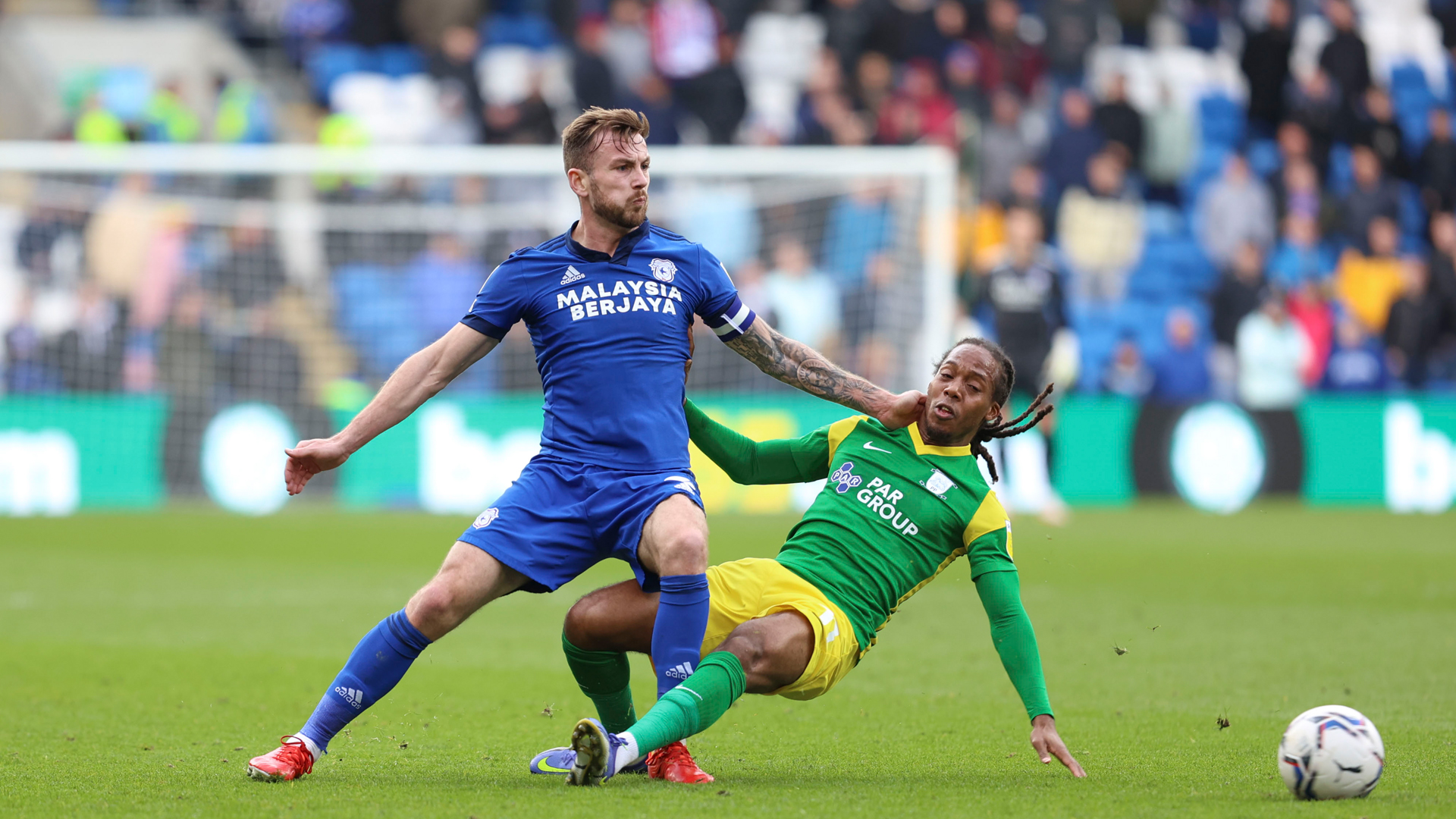 Boss Steve Morison made two changes to the side that recorded an impressive win at Queens Park Rangers last time out, with Tommy Doyle and Isaak Davies coming into the starting XI.

After both sides’ defences came out on top in the early proceedings, City forced the first chance of the game, as right-back Cody Drameh crossed towards Jordan Hugill, who couldn’t quite direct his header goalwards. Buoyed by the positive attack, a swift counter saw Hugill find space on the right to deliver low into the area, with the on-rushing Davies just beaten to the ball.

The visitors grew into the contest and created a chance of their own, as Daniel Johnson found Brad Potts on the right, whose effort at goal was comfortably held by Alex Smithies. City responded well, with loanee Alfie Doughty leading a break down the left, only for his delivery into the box to be claimed by Lilywhites goalkeeper Daniel Iversen.

In another positive attack from City, Hugill drove forward and struck an effort at goal, forcing Preston defender Bambo Diaby to block. Despite half-chances for both sides, the contest was goalless at the interval.

Ryan Lowe’s side had an opportunity early in the second period, as Johnson beat the offside trap and crossed low into the area, but Doughty was well-positioned to clear the danger. City responded with Doyle leading a swift counter, but the midfielder couldn’t quite find Joe Ralls on the edge of the box with his low delivery.

In a more open second-half, Preston forced a chance through midfielder Alan Browne, who found space to drive at goal, only to fire wide of the mark. The visitors created a huge opportunity to take the lead, as Johnson weaved his way into the box, but was denied from close-range by some great work from Smithies.

Browne was again involved in a chance for the Lilywhites, as he followed up from Cameron Archer’s shot, but fired wide of the post. Despite the visitors’ opportunities, City reacted well, with substitute Uche Ikpeazu driving forward and forcing a great save from Iversen. The loanee striker was causing problems for Preston, as he found space in the box to fire at goal, but was denied once more by Iversen. In injury time, Hugill found the net for the Bluebirds, only for a foul to be given on Sepp van den Berg in the build-up.

Despite chances for both sides in the second period, neither could find a winning goal. City return to league action in midweek, welcoming Stoke City to CCS on Wednesday 16th March, 7.45pm KO.