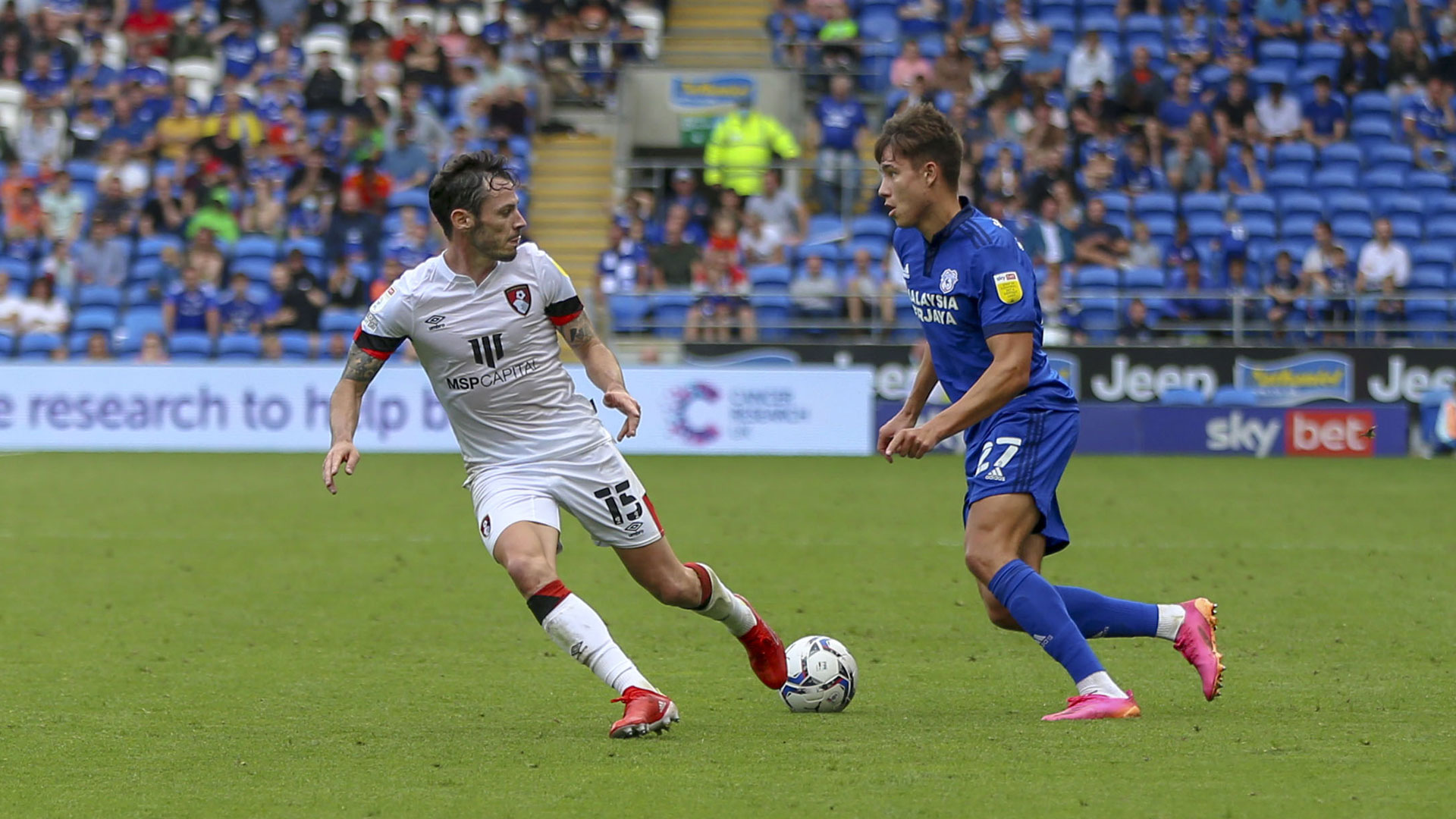 Mick McCarthy made three changes from the side that started at Coventry City three days earlier as Tom Sang, Ciaron Brown and Leandro Bacuna started.

The Bluebirds started strongly and their first opportunity came inside the opening five minutes. Will Vaulks crossed low into the path of Mark Harris, who struck just wide before being flagged offside.

Dillon Phillips was then called into action after 23 minutes. Ryan Christie’s powerful effort from an angle was strongly stopped by the City goalkeeper’s fine low save.

The hosts responded by nearing the opener four minutes later. Kieffer Moore gathered possession just outside the area, cut inside and out, before unleashing a low strike which was kept out by Mark Travers.

Play then tightened as both teams hunted for the first goal of the match, but no clear-cut opportunities arose for the remainder of the first-half.

After the interval, the opening chance of the second-half went to the Cherries, six minutes in. Philip Billing strode forward before striking from just outside the box, stopper Phillips gathering comfortably. The midfielder broke the deadlock just two minutes later though with a precise shot from 20-yards.

Cardiff City hunted for the leveller but it was the visitors to come close next after 67 minutes. Scorer Billing curled his free-kick around the wall and City’s No.1 Phillips made a great diving stop.

The Bluebirds neared an equaliser ten minutes later. Joel Bagan whipped a superb cross into the area and James Collins sped onto it, heading just over.

City went close again with nine minutes of the 90 remaining. Substitute Collins put a brilliant high cross into the area and Sean Morrison rose high to head off the crossbar, before being flagged offside.

Despite the home side’s determined efforts to earn a leveller, Bournemouth took three points with their one goal proving the difference.