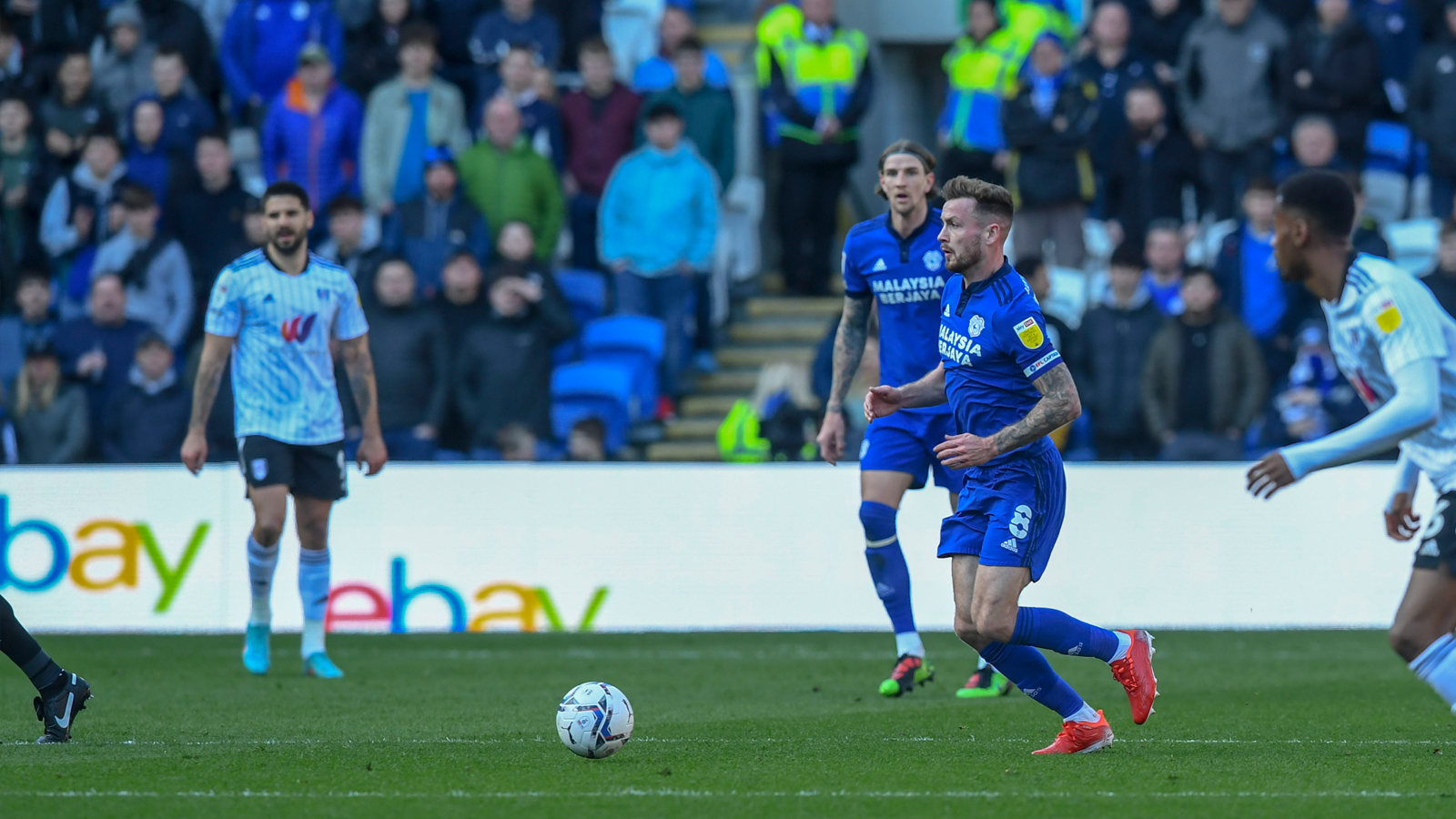 Aleksandar Mitrović’s first-half header was enough to secure all three points for the visitors.

Boss Steve Morison made four changes to the side that fell to a late defeat to Huddersfield Town in midweek, with Alfie Doughty, Joe Ralls, Rubin Colwill and James Collins coming into the starting XI.

The visitors started well in the Welsh capital, as former City loanee Harry Wilson beat the offside trap, only to be denied by some brilliant defending from Mark McGuinness. The Welsh international playmaker was again involved in another chance, as the ball fell to him in the box, with his effort at goal saved by Alex Smithies. City replied by creating a huge opportunity, as striker Collins raced through, only to be denied by Fulham goalkeeper Marek Rodák.

Morison’s men looked to hurt the visitors on the counter-attack, as Will Vaulks laid the ball off to Doughty on the edge of the area, whose effort at goal was comfortably collected by Rodák. Fulham looked to find an opener before the break, as striker Mitrović met a dangerous delivery into the area, but headed wide of the mark. City also went close late in the first period, with Cody Drameh crossing low towards Colwill, who was just beaten to the ball by Harrison Reed’s covering tackle.

On the stroke of halt-time, Fulham took the lead, as Wilson’s dangerous delivery to the back post was headed home by Mitrović in the 41st minute to send the visitors into the break with a 1-0 advantage.

City started the second-half on the front foot, with Doughty breaking down the left and crossing dangerously, as the attack led to Collins firing home, only to be caught offside. The visitors responded well and looked for a second goal, with Reed delivering from a free-kick for Bobby Decordova-Reid to head towards goal, forcing Smithies to tip over the woodwork.

Marco Silva’s side created a great chance to double their advantage, as Reid chipped into the area for Mitrović, who headed over the bar from close-range. City replied with a swift break, leading to Tommy Doyle delivering low into the area, but substitute Isaak Davies was just beaten to the ball by defender Tosin Adarabioyo. Midfielder Doyle was again involved in another chance for the Bluebirds, firing narrowly over with a dangerous free-kick.

Striker Davies looked lively once introduced for City, as he drove forward and forced a save from Rodák with an effort at goal. Morison looked to the bench for reinforcements with both substitutions almost resulting in an equaliser, with Ryan Wintle crossing for Joel Bagan at the back post, who couldn’t quite direct his effort goalwards.

Despite late pressure applied by the Bluebirds, with Aden Flint firing just over from close-range in added time, Fulham held on to secure all three points in the Welsh capital.