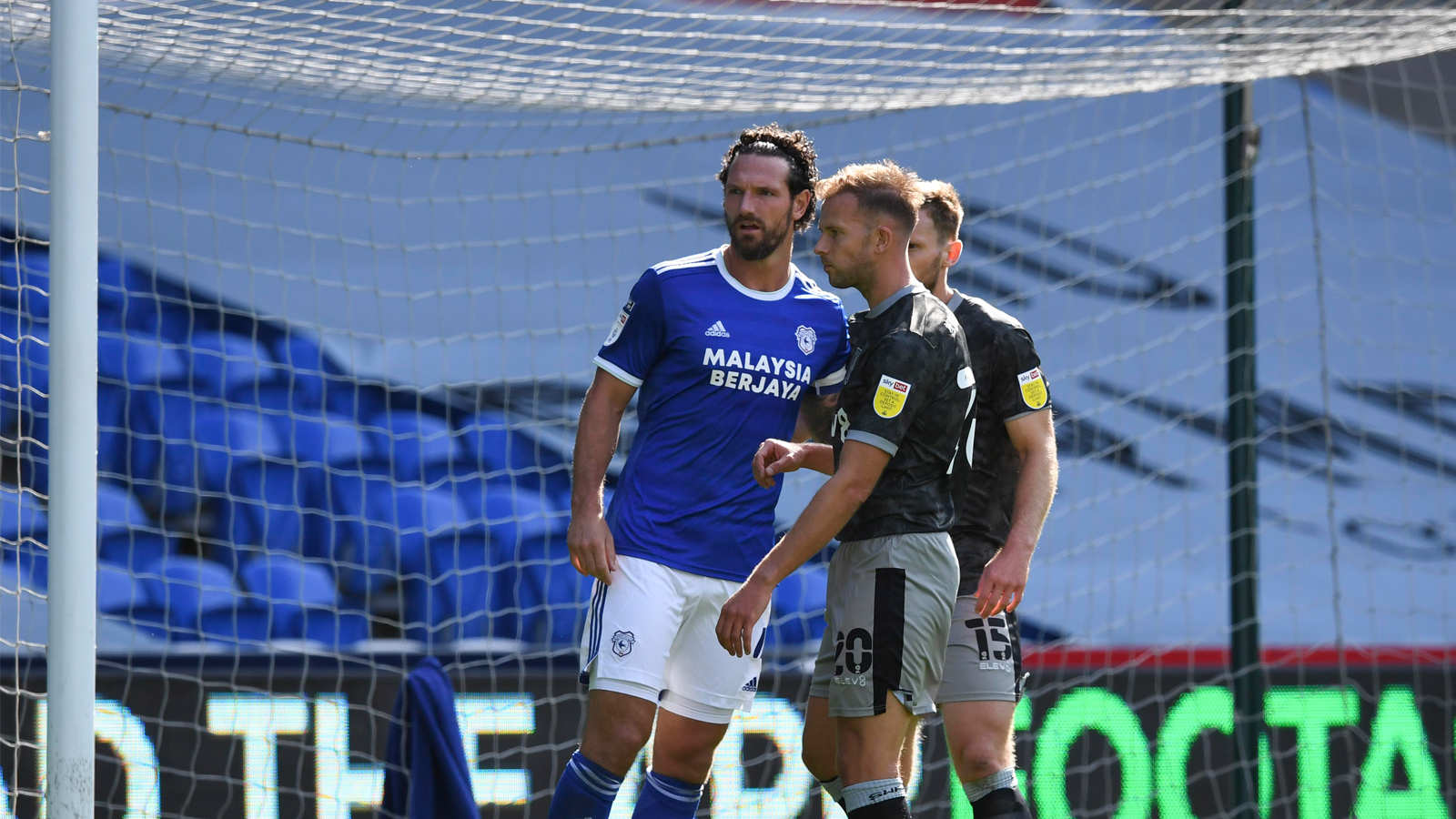 Cardiff City were defeated in their first match of the 2020/21 Sky Bet Championship season as the Owls won 2-0 at Cardiff City Stadium.

Neil Harris’ starting eleven featured two summer signings who were making their debuts for the Club, as Sheyi Ojo and Kieffer Moore lined up to face the Owls.

Josh Windass opened the scoring for the visitors in the fourth minute of play, finishing from a through-ball into City’s area.

Junior Hoilett’s link-up play with Osei-Tutu gave the winger a good opportunity for a shot at goal only minutes later, but unfortunately the ball’s flight was obstructed by Moore before it could challenge the ‘keeper Cameron Dawson.

Continuing to push for a quick equaliser, a short pass from a free-kick put Ojo in plenty of space inside the area. His well-weighted low cross beat several defenders, with Moore’s outstretched foot only inches away from drawing the scores level.

Will Vaulks’ shot off the back of a terrific sliding tackle from Joe Bennett threatened Dawson at the quarter hour mark, as City pressed with good passing and movement to make ground up the pitch.

Sean Morrison headed wide from Joe Ralls’ corner at 30 minutes, with Windass threatening once again shortly afterwards at the other end.

Smithies, however, was up to the challenge, and tipped a curling shot over the bar, commanding his area as he further denied the Owls from the resulting corner kicks.

An injury-time free-kick proved to be City’s final chance before the interval, with Kieffer Moore not quite able to head in at the far post from Joe Ralls’ curling cross.

Substitutes Josh Murphy, Robert Glatzel and Lee Tomlin were brought on in the second half as the hosts continued to search for a response.

Morrison threatened once more with 70 minutes played, but his half-volley was tipped over the bar by Dawson, who did well to divert the attempt.

The skipper put in two terrific challenges with ten minutes remaining, initially pairing up well with Smithies to deny substitute Elias Kachunga, then rising above the opposition to head the resulting corner kick away.

Despite their efforts throughout, the Bluebirds were unable to find a way past the visitors' defensive line, with the Owls taking all three points from South Wales.