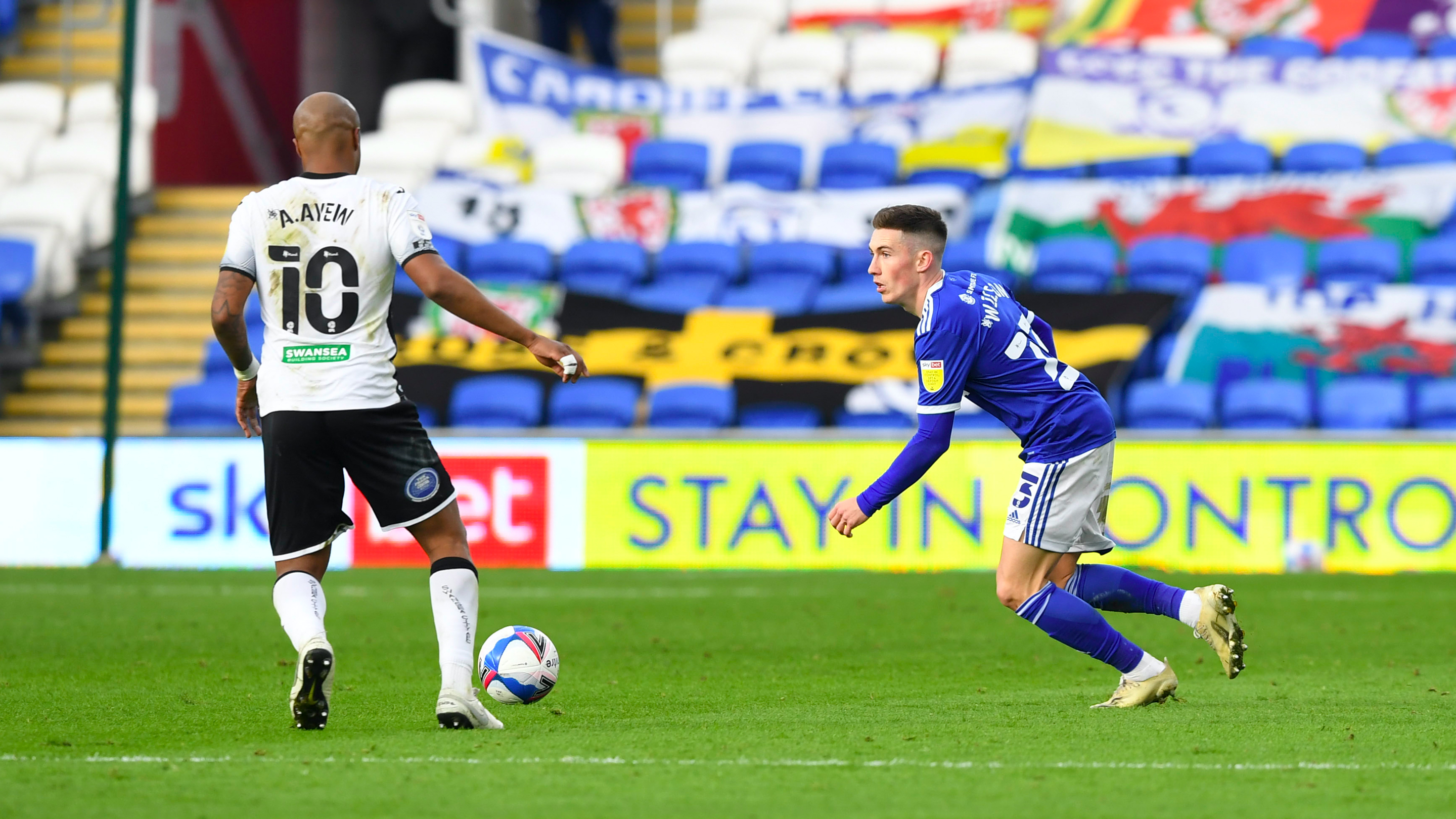 Harry Wilson started the contest at CCS, as Neil Harris kept the same XI that had won four consecutive matches.

However, the visitors took the lead when Jamal Lowe's shot found the back of the net on six minutes.

Alex Smithies was  then on hand to tip Matt Grimes' dangerous effort onto the bar after a short corner.

Having already been booked, Ryan Bennett impeded Moore as he drove towards the box. The defender escaped without a second card, before Wilson curled the resulting free-kick just over.

Smithies made a smart stop from Andre Ayew's long range effort in the final effort of the opening half.

After the break, the Bluebirds had a chance to equalise when Kieffer Moore's improvised effort went narrowly over. However, the forward picked up an injury in the process and was replaced by Robert Glatzel.

Sheyi Ojo went close to a leveller with a curling effort over Woodman's bar, before Nelson again saw a header saved.

In the 67th minute, the Bluebirds went down to ten men as Joe Ralls was shown a second yellow for a late challenge.

The visitors soon made their numerical advantage count as Lowe broke to score his second.

City's next chance came as Glatzel headed wide from Wilson's corner, but the Bluebirds were unable to find a way back into the match.